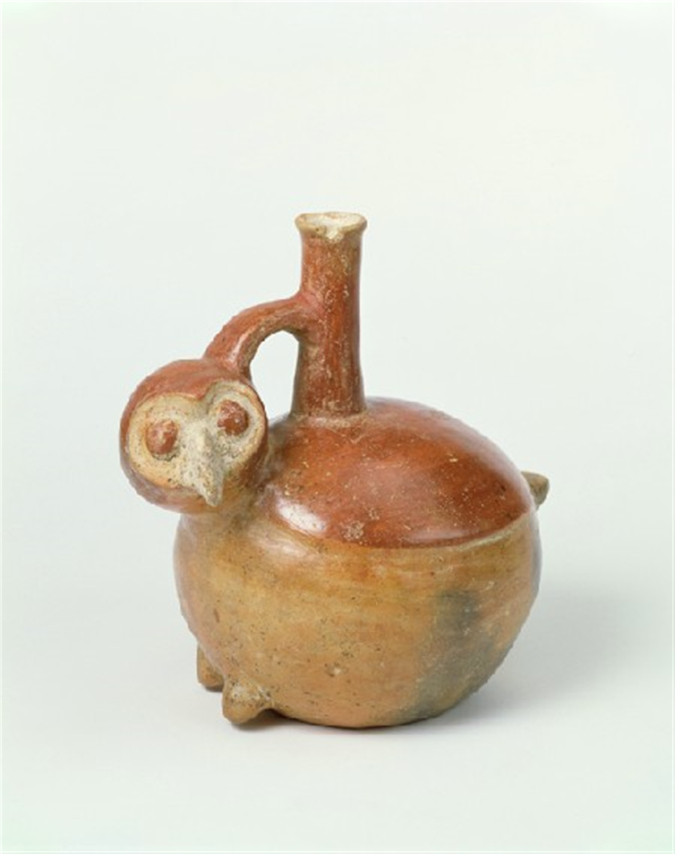 Whistling bottle in the shape of an owl

This highly polished whistling bottle is made of an orange-buff clay with dark areas indicating imperfect control over firing. The upper part of the bottle has a red slip, and the face of the owl is covered with a crusty white pigment. The lower part of the vessel is decorated all over with reserved circles produced by a ‘negative’ or ‘resist’ technique. Initially this area of the pot was covered with an orange-slip, and the bottle was fired. Afterwards, a resist substance (possibly wax) was painted onto the circular zones, and the vessel then exposed to a small, sooty fire. Carbon was absorbed into the zones unprotected by the wax coating, but this smudging process did not affect the resist-protected circles, which retain their original orange-colour. With time the fugitive black material tends to disappear and the design becomes almost invisible. This same combination of red slip and black resist painting occurs on a Chorrera bird-shaped bottle illustrated by Lathrap et al.(1975: no. 371).

Purchased by the Sainsbury Centre, University of East Anglia from John Stokes, New York, on the advice of Robert Sainsbury in 1980 out of income from the Sainsbury Purchasing Fund.

Title/Description: Whistling bottle in the shape of an owl 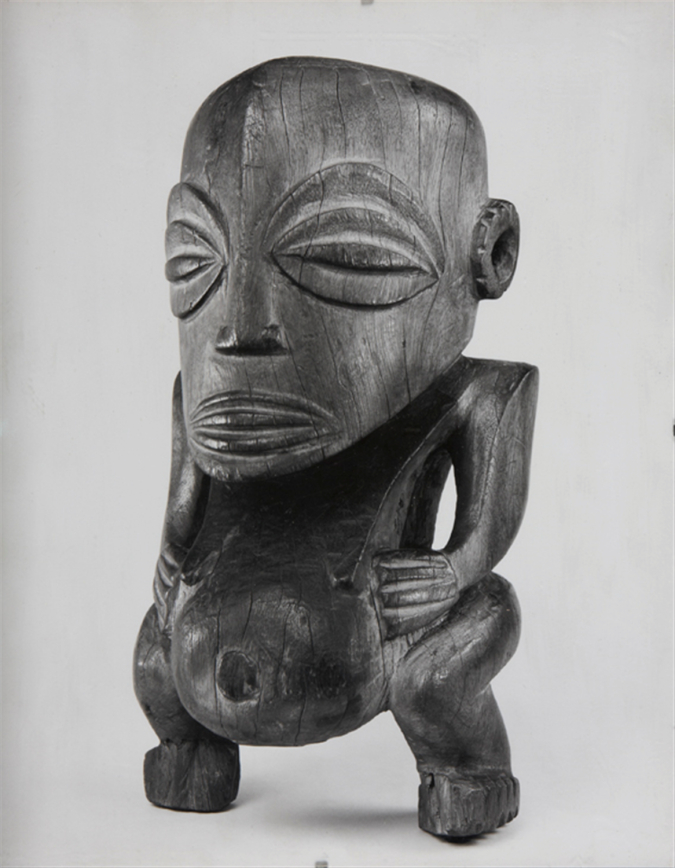 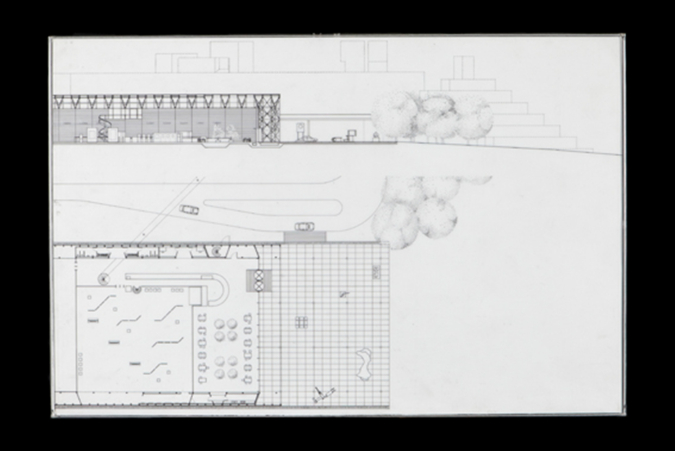 Drawing of the Sainsbury Centre 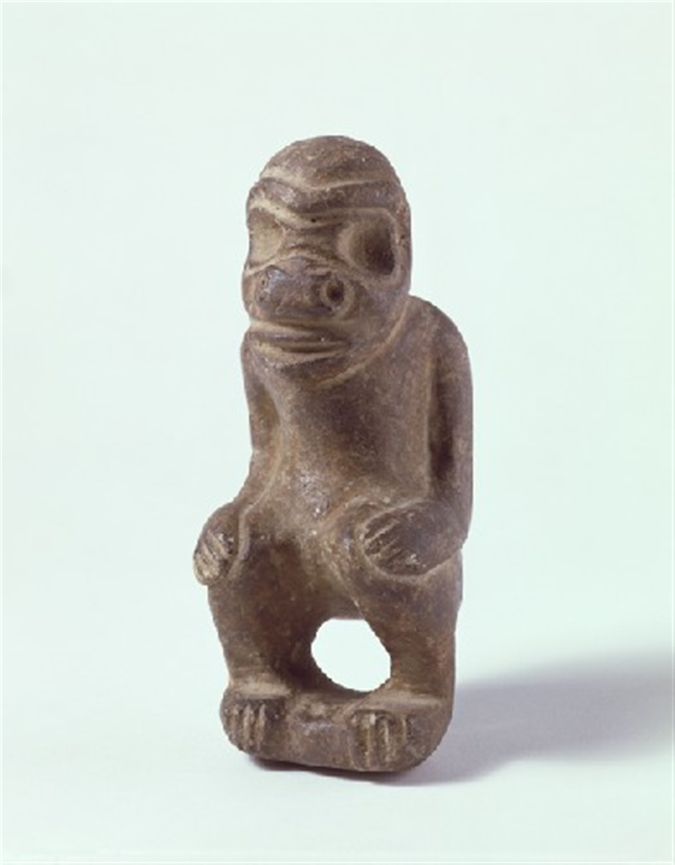 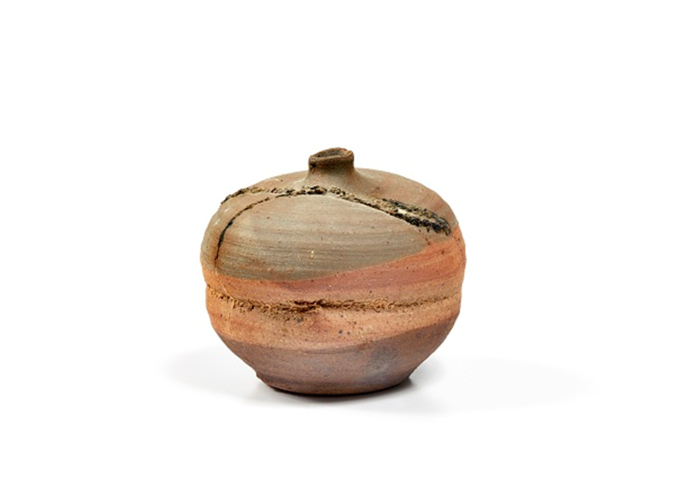