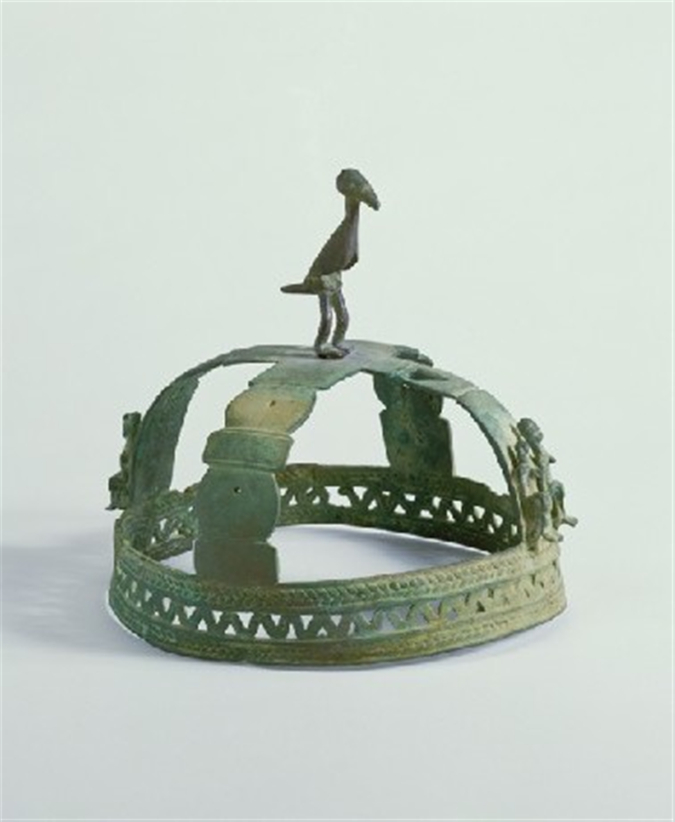 The exceptional group (927a-j) of cire perdue (lost wax) ornaments was purchased as being ‘Dogon chief’s regalia, Mali. Found in the lower falaise [cliff] of Bandiagara. Site – village of Irrele [?Tireli]’. There is no certainty that the ten pieces form a group, since they are an unmonitored find; in the absence of comparative material from scientific excavations their age and context cannot be established with any certainty.

The crown (927a) is at once the major piece of the group and the best confirmation of a Dogon origin. Most Dogon bronzes are rings or pendants not exceeding four inches in size, and many are smaller, making this an exceptionally large ornament and a true sign of rank in a region where subsistence farming cannot support prodigal use of valuable imported metal.

It is cast in one piece, except for the bird on the summit, which has been separately cast and riveted on. Two intersecting arches join on to a circlet with ‘burn-in’ repairs at three points where the brass casting proved incomplete. The metal is brass, with a hard, light-green patina, apart from a few spots of verdigris inside the circlet (which may point to its having been worn).

At opposite points of the circlet’s diameter are two pairs of figures seated in hieratic pose, with hands resting on and overlapping the knees. Those behind the bird appear to be male, those in front, female, though the distinction is not emphasised. They are surely nommo (see 928), and may represent in bisexual form the lineage heads of the four Dogon clans. The style of the figures and their pose is consistent with a Dogon origin.

The circlet, made up of two bands of twisted cord ornament enclosing a wavy line, may allude to the concept of the vibration of matter, light and water which is central to Dogon cosmic philosophy and is commonly indicated by spirals and wavy lines. The very shape of the crown is perhaps to be interpreted as a rendering of the world-system, which, according to Griaule (1965 : figs. 2-3), is to be seen as a circular plan divided into four quarters — the circular base being the sun, the square roof the sky. While birds are rare in Dogon art, the bird here, on its square base, may be a sky symbol.

Purchased by the Sainsbury Centre, University of East Anglia from Merton Simpson Gallery, New York on the advice of Robert Sainsbury in 1986 out of funds provided by the Robert and Lisa Sainsbury Art Trust.

Credit Line: Purchased with support from the Robert and Lisa Sainsbury Art Trust, 1986 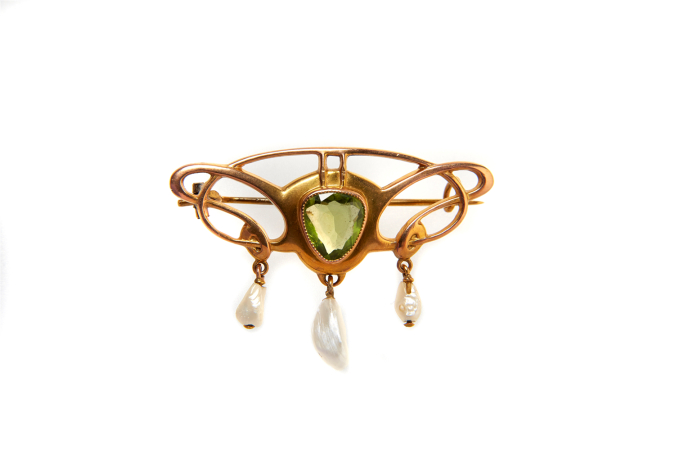 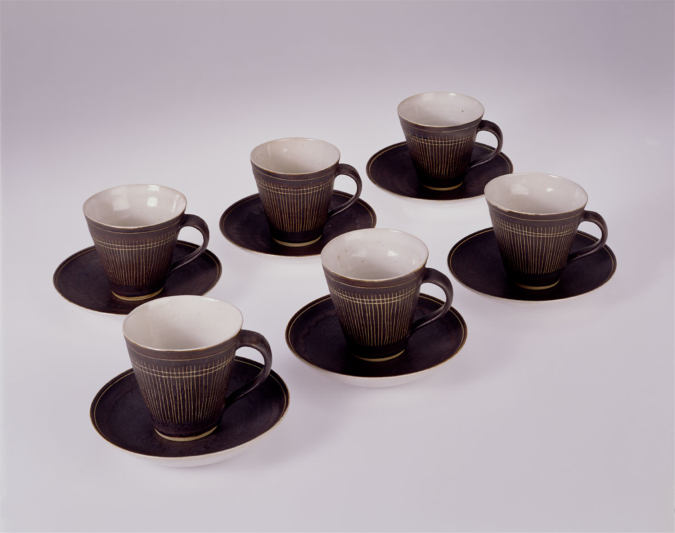 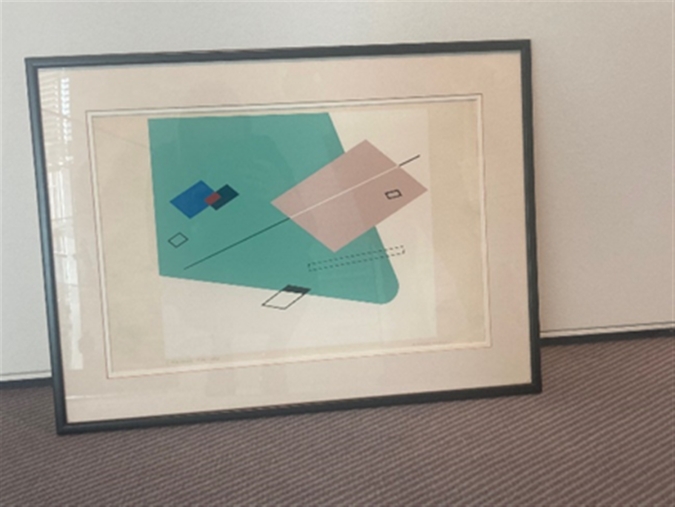