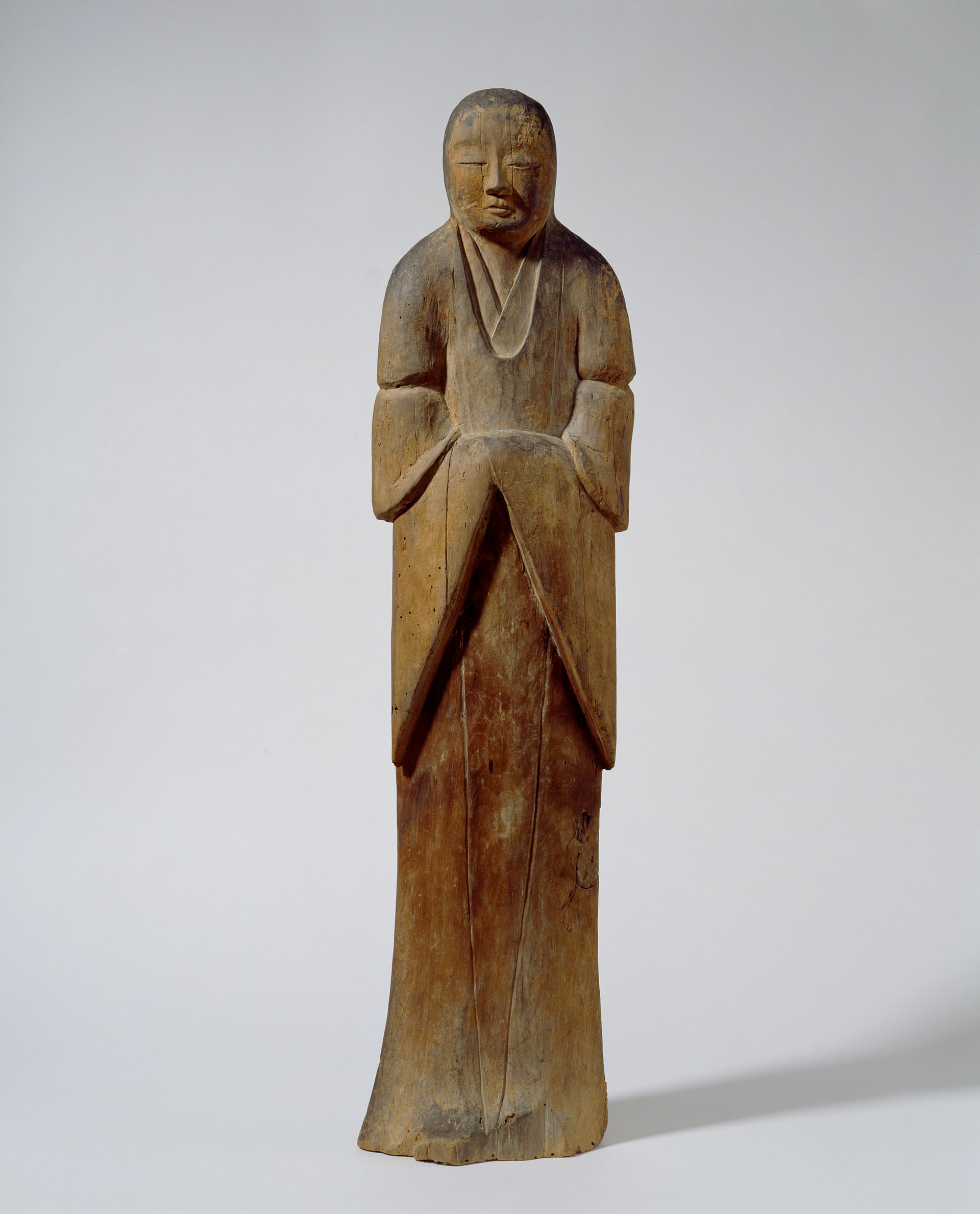 Contemporary Japanese society continues to be strongly influenced by two ancient belief systems which have co-existed for hundreds of years: Buddhism, which came from China in the sixth century and assumed a particular Japanese character, and Shinto, which goes back even further and is local in origin.

There are many magnificent statues of Buddha, created in a variety of poses and materials in temples and homes across Japan. Shinto sacred images are much rarer and generally found in the inner sanctuary of shrines, and have been influenced by centuries of contact with representational Buddhist art.

This female Shinto deity, purchased by the Sainsburys in 1997 and carved from a single piece of Prunus, dates from the medieval period, c.1185–1333. Faint traces of colour can still be detected on the statue, which was probably covered in white paste and then painted, creating a polychrome effect.

The powerful presence of this beautiful carving is complemented in the collection by the head of a male Shinto deity, which the Sainsburys had acquired ten years earlier. It too is carved from a single block of wood and possesses a brooding quietude, resonant of the Buddhist tradition that inspired the Shinto sculptural craftsmen.

There is little Shinto iconography, so it is difficult to identify which deities are represented by these carvings.

To a non-Japanese observer the female deity is remote, self-contained, lost not in isolation but in calm contemplation. The exquisite simplicity of the smooth drapery carving, sharply highlighting the sleeves then softly flowing down to the ground unbroken by any pleating, conveys a powerful aura of stillness and peace.

However pressed for time I may be on a visit to the Sainsbury Centre, I always try to find a few minutes to stand in front of this statue with its unique emanation of the meditative spirit. 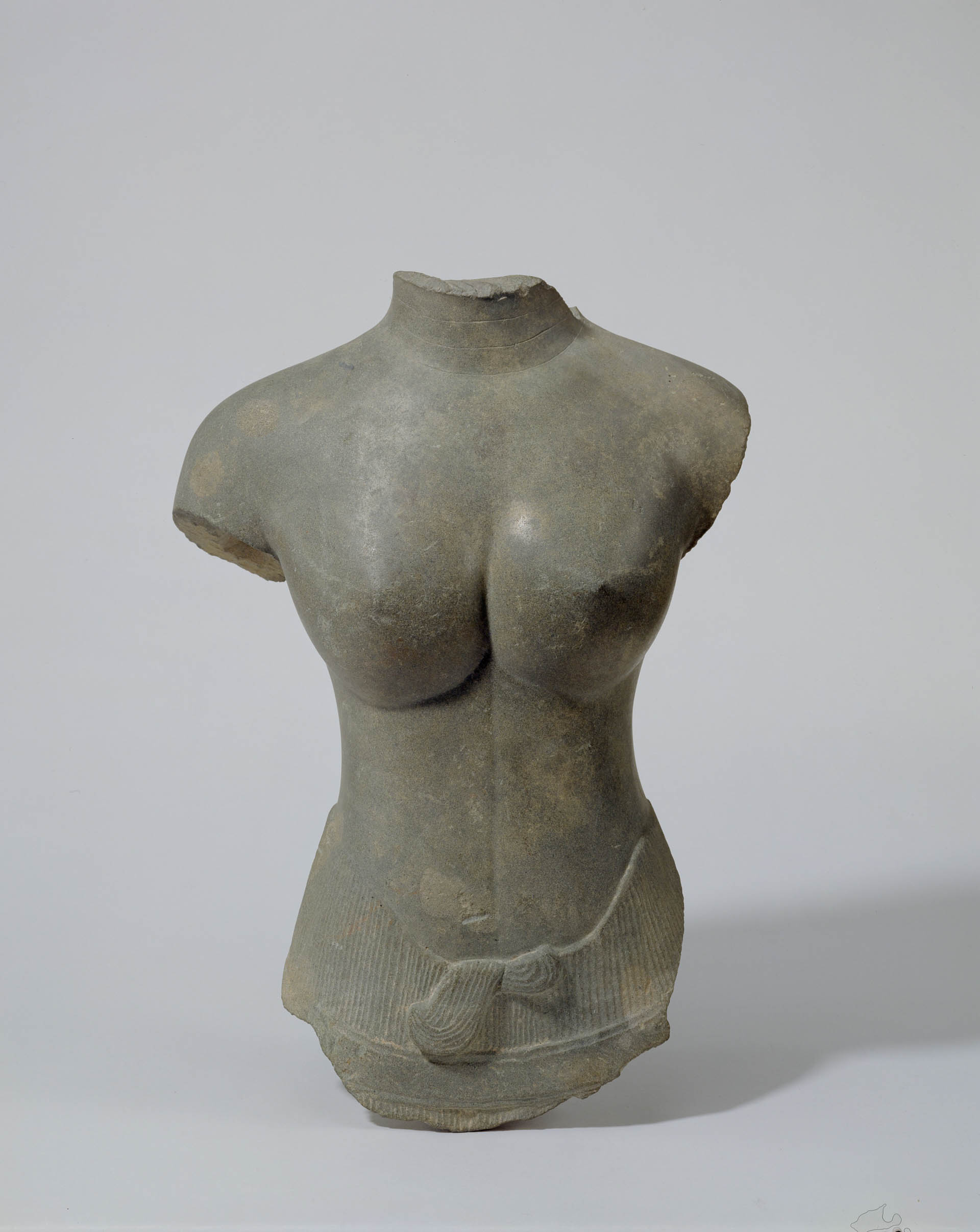 This magnificent limestone torso from a temple in Cambodia is a superb stone rendering of female beauty. 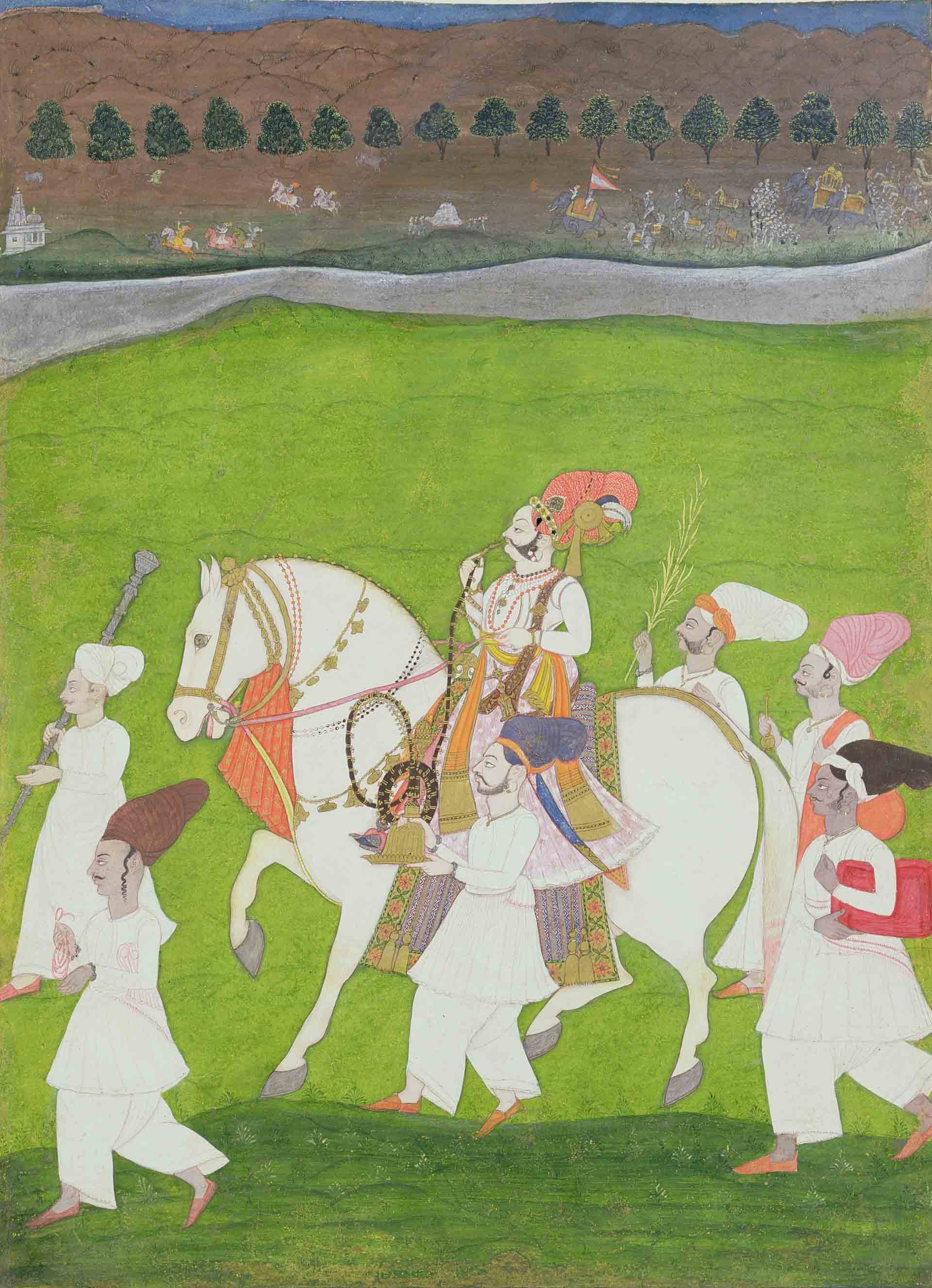 This painting on paper creates an overall effect that is both highly pleasing and evocative of the life and landscape of Marwar, finds Deborah Swallow. 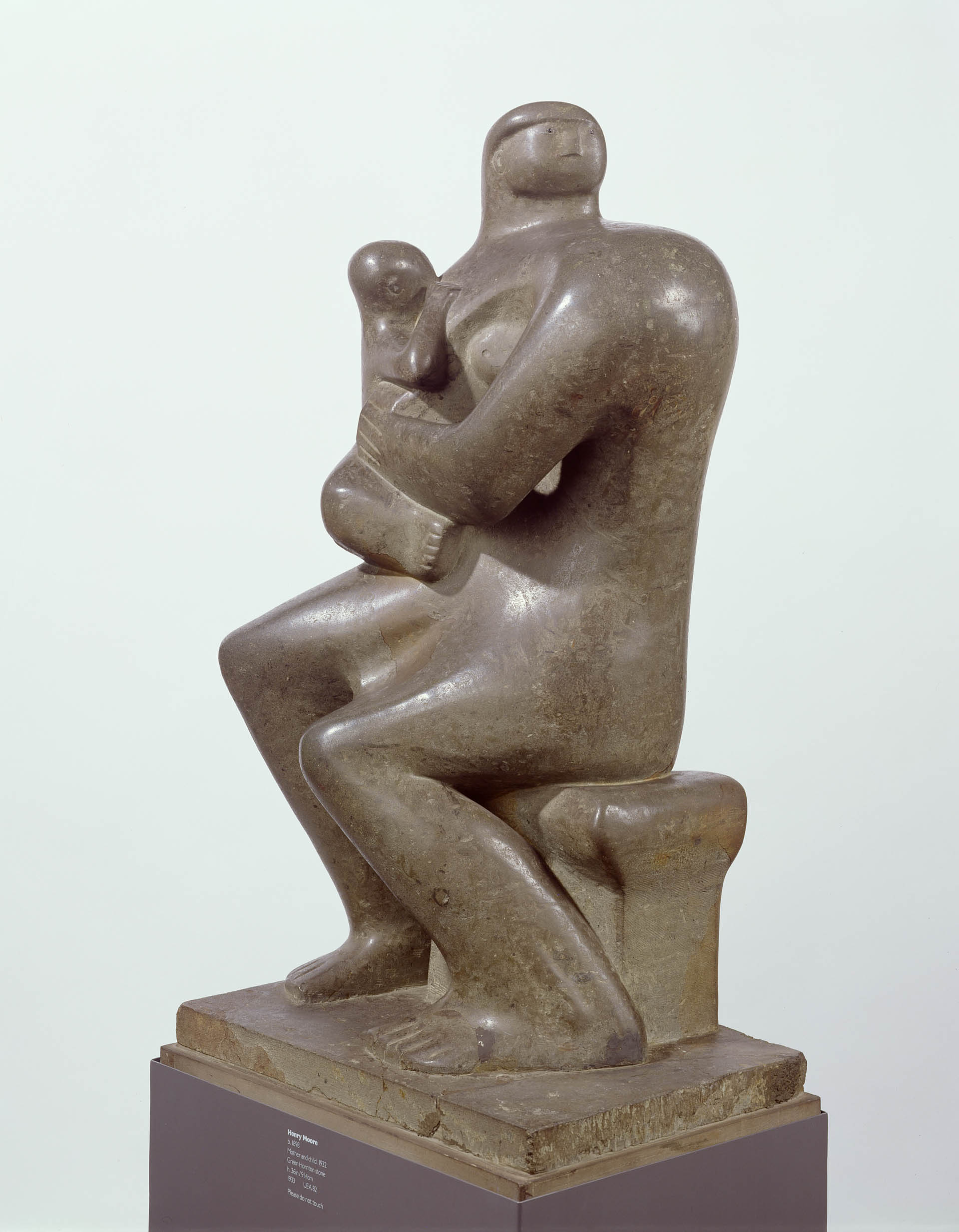 When Robert Sainsbury bought this piece in 1933, by his own account, almost nobody liked it. 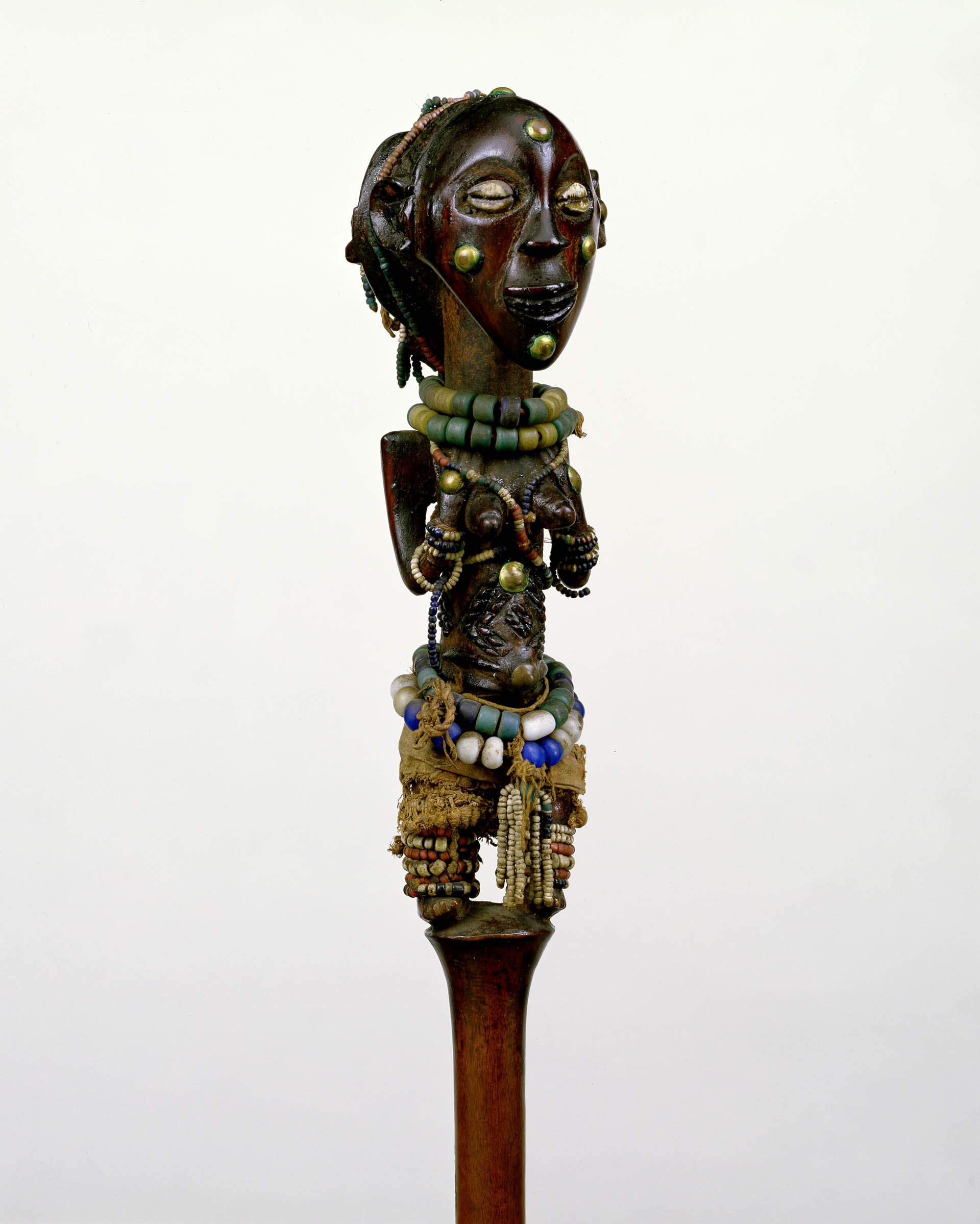 This beautifully balanced piece is a refined testimony to one of the most admirable traditions in Africa, writes Boris Wastiau.