Supported by the Houghton Arts Foundation

In collaboration with Houghton Hall, we are delighted to present Hollow Head, by internationally acclaimed British sculptor Tony Cragg. This important sculpture is integrated into the collection display, the Living Area, surrounded by works by Francis Bacon, Chaïm Soutine and Henry Moore as well as masterworks of sculpture from Africa and Oceania.

Tony Cragg was born in Liverpool, UK in 1949 and since 1977 he has lived and worked in Wuppertal, Germany. In 1988 he received the Turner Prize and also represented Britain at the forty second Venice Biennale. Cragg’s early work from the mid-1970s through to the early 1980s involved the salvaging of discarded often fragmented, plastic objects and using them to create new wall-based compositions. In the early 1980s, Cragg moved away from installation art and began, through a more studio-orientated practice, to examine sculpture in terms of its materiality and experiment with a wide range of materials.

The underlying geometry and structure of these sculptures reflects the basic structures of living things such as organisms, organs, plants and animals. Hollow Head is a wonderful example of one of his abstracted heads and more figurative-based sculptures. Tony Cragg is represented in collections across the globe as well as at the sculpture park he helped to establish in Wuppertal, Germany.

“I like to create the internal structure of things – the human figure is an organic form, but has many geometries: our organs, bone structure, cells and molecules. Then I like to vary this structure till it has an emotional effect on me”

Warning: array_column() expects parameter 1 to be array, null given in /var/www/vhosts/sainsburycentre.ac.uk/httpdocs/wp-content/themes/dt-the7-child/single-events.php on line 110 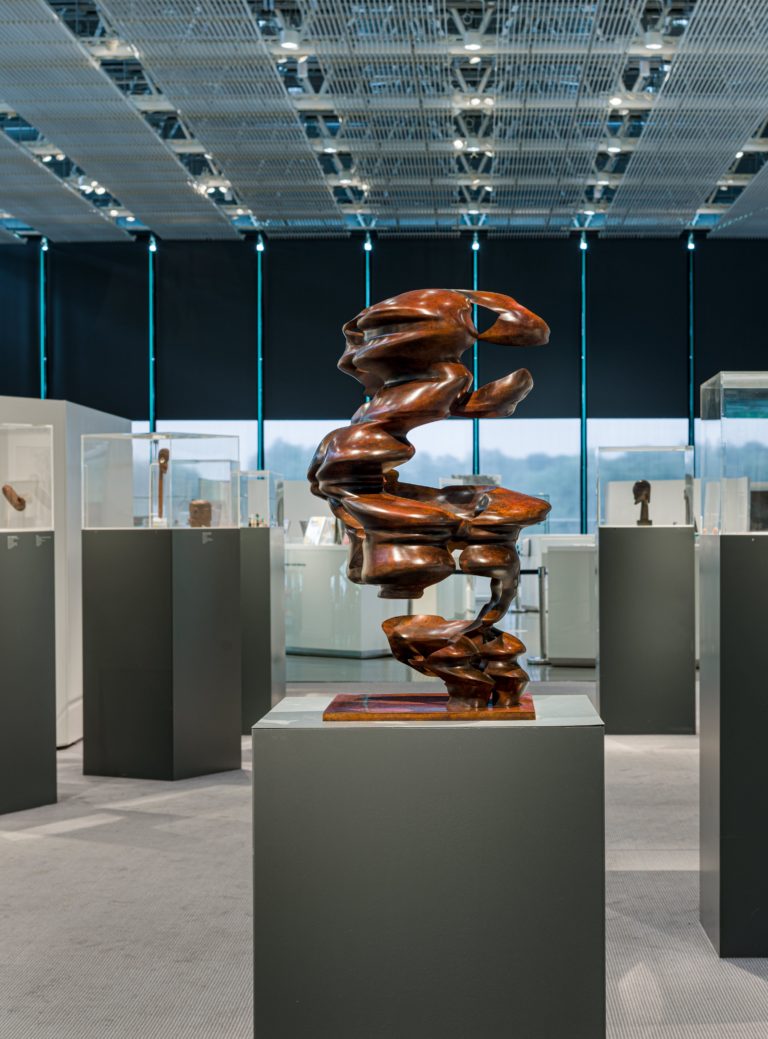 Anish Kapoor is one of the most important sculptors working today and internationally recognised. Two works are currently on display in the East End.

Our Sculpture Park sits within 350 acres of UEA parkland and is the perfect place to enjoy art and the natural environment. Open daily.

Delve deeper into our work with artists, collectors and the public, and discover new perspectives on the Sainsbury Centre.