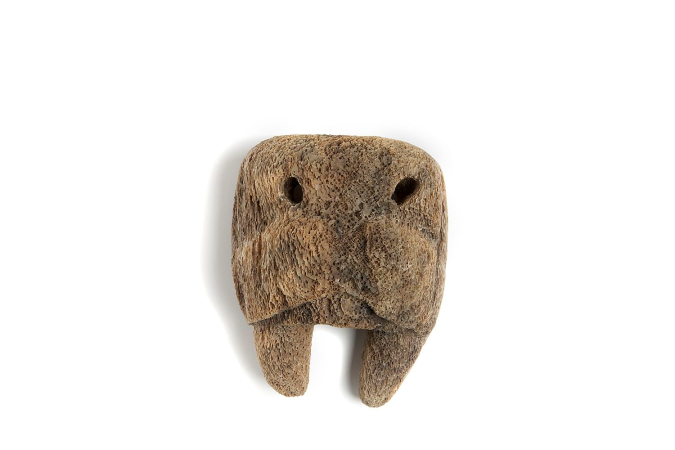 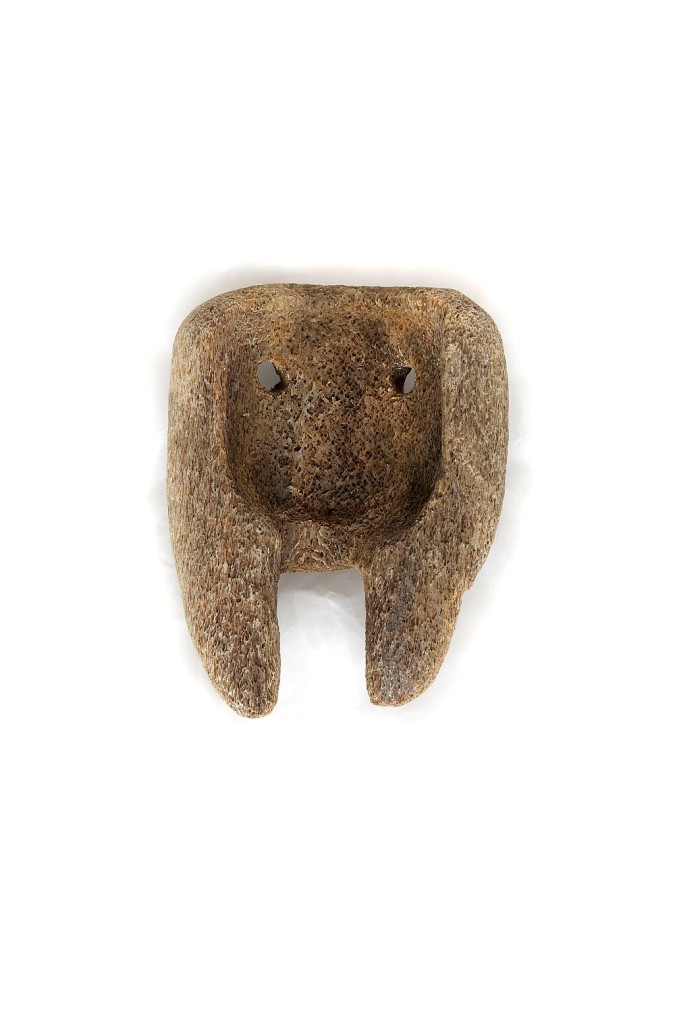 Maskette or ornament for hunting luck

This extraordinary whale bone maskette or umiaq or qajaq ornament is carved in the shape of a walrus head with the spreading muzzle in relief and the upper canine protruding as slightly curved tusks.

Without provenance, it is difficult to know who made this mask and for what purpose. Carved in whale bone, like this example, is rather uncommon and might indicate that it was commissioned or made as trial to be sold to visitors. Another purpose for this walrus figure might have been as a visor ornament. There are apt examples of carved walrus heads on hunting visors but they are generally smaller of size and almost exclusively ivory. Or is this mask an ornament charm to be attached inside an umiaq or qajaq? A thread could have run through the eyes and the flattened back of the walrus figure would have made it sturdy against a wooden plank. Most likely, however, this walrus maskette was made for ceremonial purposes or for commercial sale. Masks or maskettes with animal features are common across the Alaskan Arctic and underscores (Arctic) Indigenous Peoples’ emphasis on kincentric relations between human, animals, and spirits. [1] These kincentric relations also imply that aŋatquq (spiritual leaders, shamans or medicine women or men) were able to transform from human to animal with the help of particular objects such as charms or maskettes with animal features. [2]

The walrus, as can be illustrated by numerous walrus ivory objects, has been central in the history of the Bering Strait as a source for food and materials. Although less prominent than whale or seals, walrus have also been revered in ceremonies. Chuckhi and Yupiiget, for example, held ceremonies with walrus skulls to honour the respective hunted animal. St. Lawrence Islanders, with their intimate Siberian connections, likewise held walrus related ceremonies and existed already during the Punuk era. [3] This maskette of a walrus head, then, might also be a reminder of the animal’s ‘sentience and prescience’ and ‘vested with divinatory and communicative powers’ that bridges humans and animals and the living with the ancestral. [4]

Whatever significance, ceremonial or souvenir, the realistic form of a walrus head has, the maskette certainly provokes emotions of respect and reverence for the walrus.

[2] Mossolova, Anna and Rick Knecht. 2019. Bridging Past and Present: A Study of Precontact Yup’ik Masks from

Purchased by Robert and Lisa Sainsbury from J. J. Klejman in 1964. 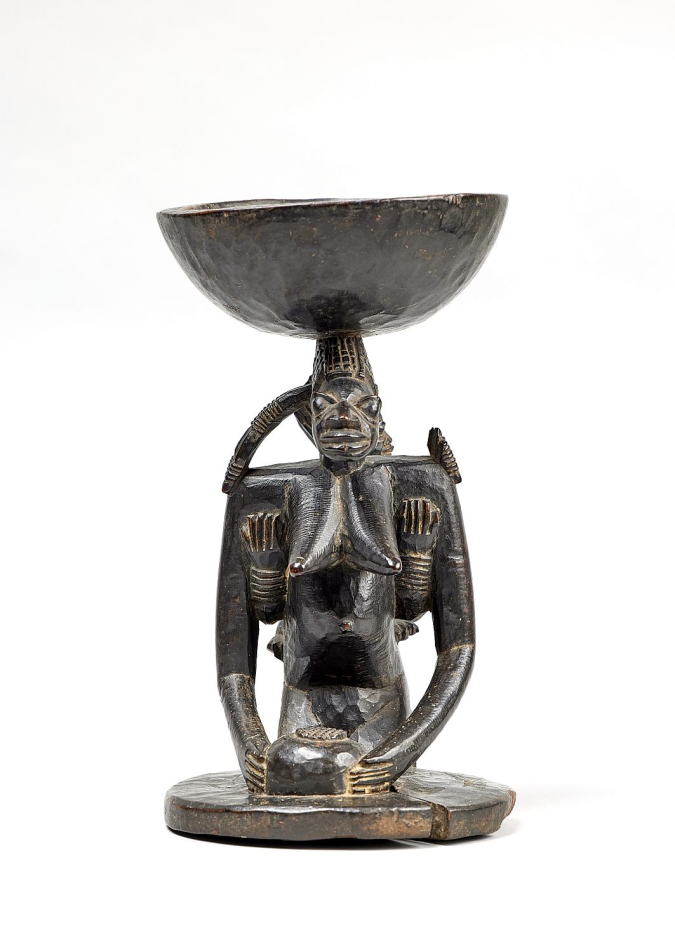 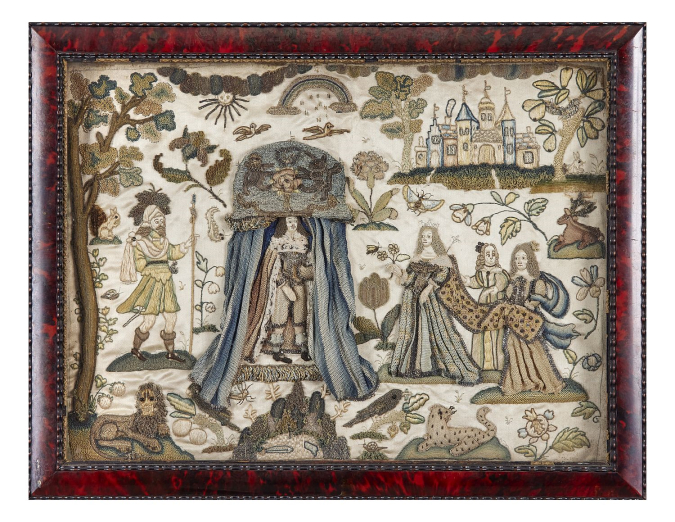