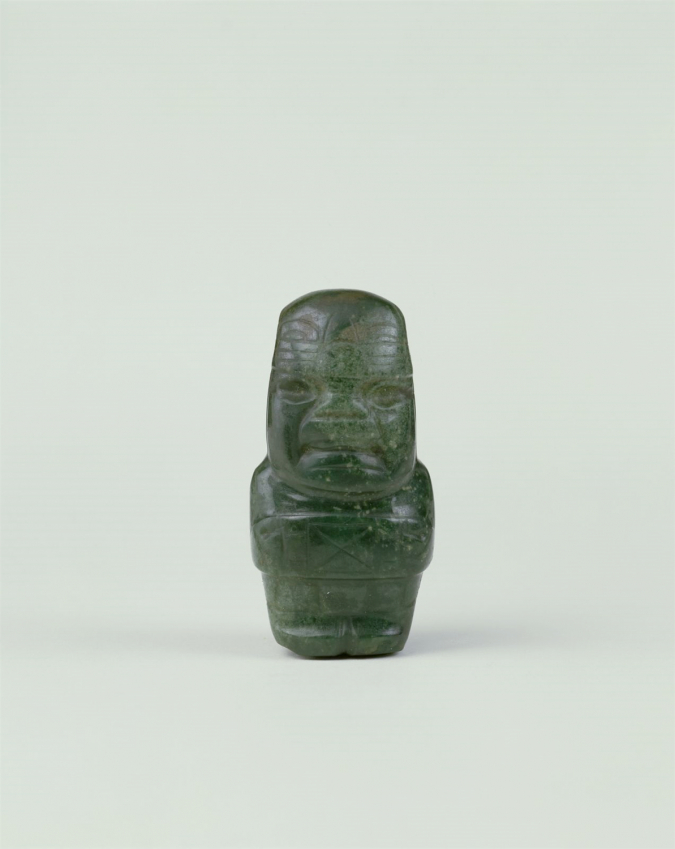 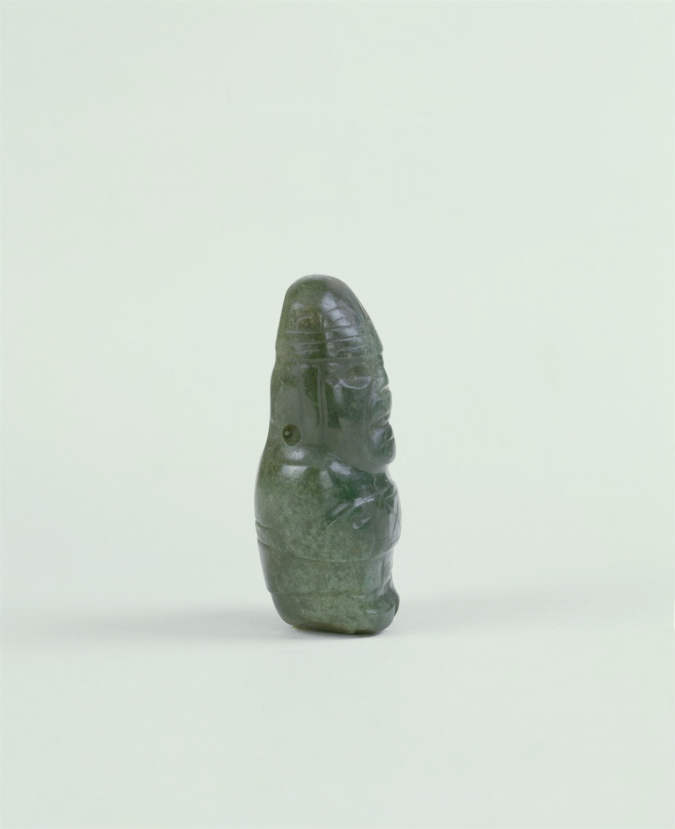 This small standing anthropomorphic figure wears a head-dress and has a rectangular object incised with diagonal lines between the hands. Although the significance of this crossed-band motif is not certain, it may represent the skin spots of the Jaguar (Piña Chan, 1989:176) or more probably the four cardinal points of the Mesoamerican world, anticipating the Aztec sign for eternal movement, ollin. It is occasionally included in depictions of élite regalia, such as the sash and pectoral on a life-size basalt sculpture from the site of La Venta (O Neill, 1990: no. 1, 54-6). The figure has bi-conical drill holes on either side of the neck, indicating that it was possibly worn as a pendant.

Kidder (1942: 37, fig. 390 illustrates this piece and notes that it is said to have come from near Peto, Yucatán, an area that is beyond the regions traditionally associated with Olmec hegemony. This alleged provenance is unverifiable: however, it is at least possible, given that a number of small precious objects such as jade ornaments have been found considerable distances from their probable place of manufacture. It is also possible that the jade belongs to an Early and Middle Formative period artistic tradition which was more widespread than formerly thought: the number of ‘Olmec style’ objects found outside the Gulf Coast region is increasing and a cache of Olmec style jades has been found very near Peto (Andrews, 1986,1987).

Formerly in the collection of Alphonse Kahn.

Purchased by Robert and Lisa Sainsbury from K. J. Hewett in 1958. 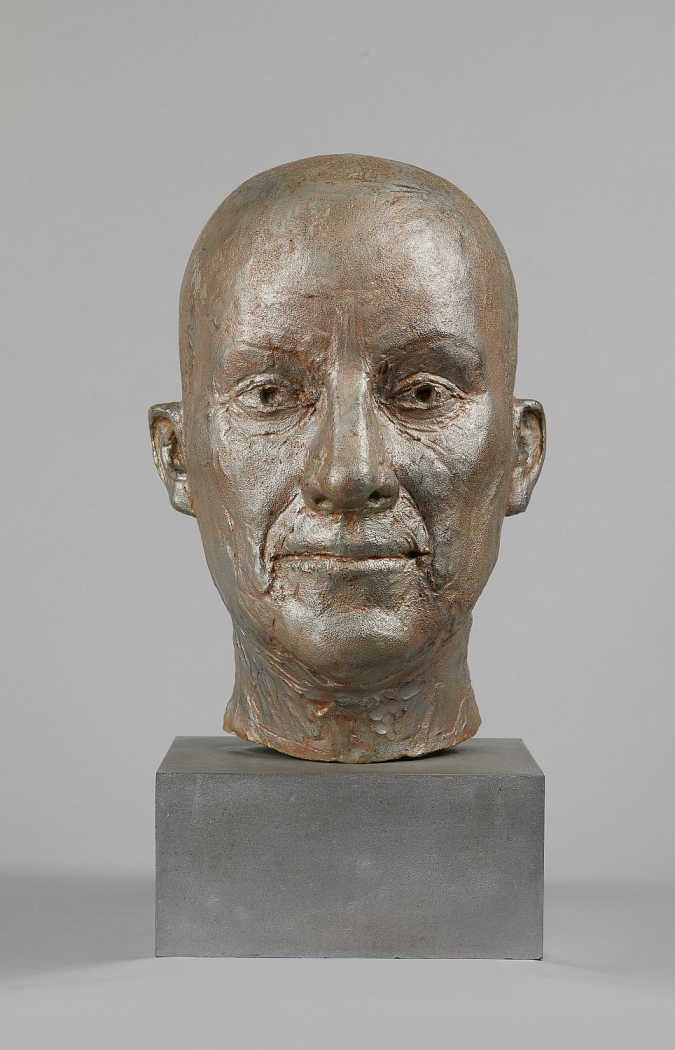 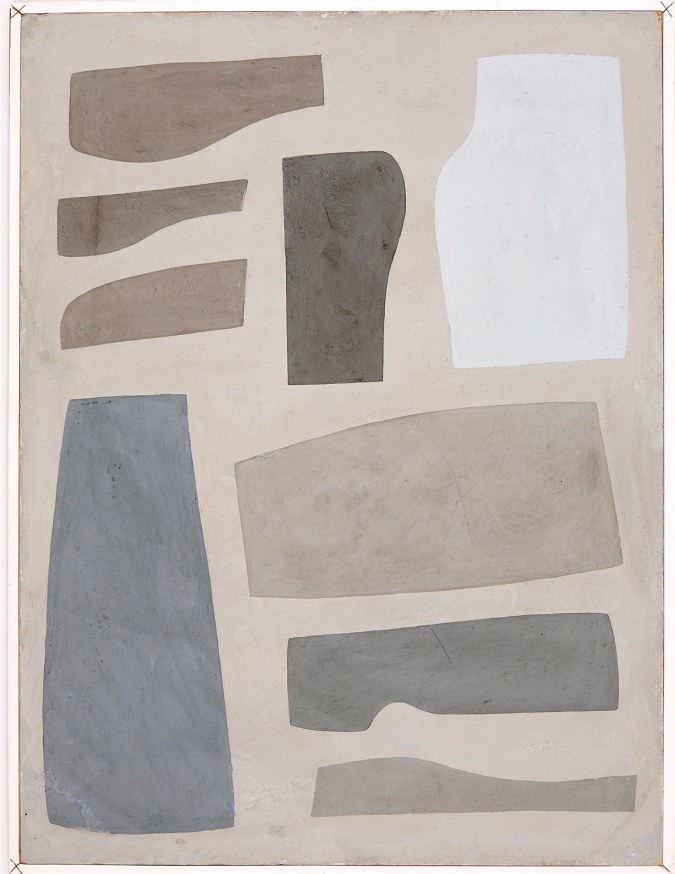 Windsor and Newton artist prepared board 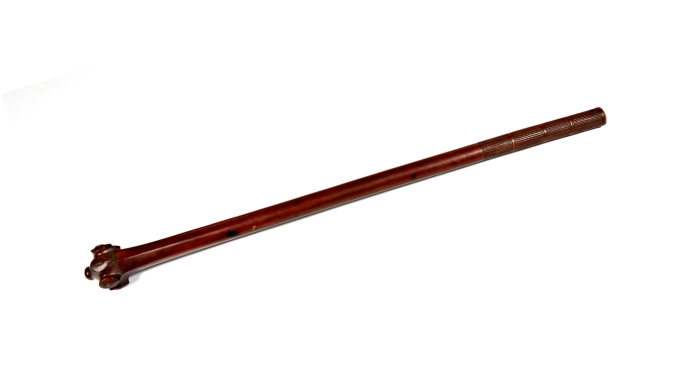 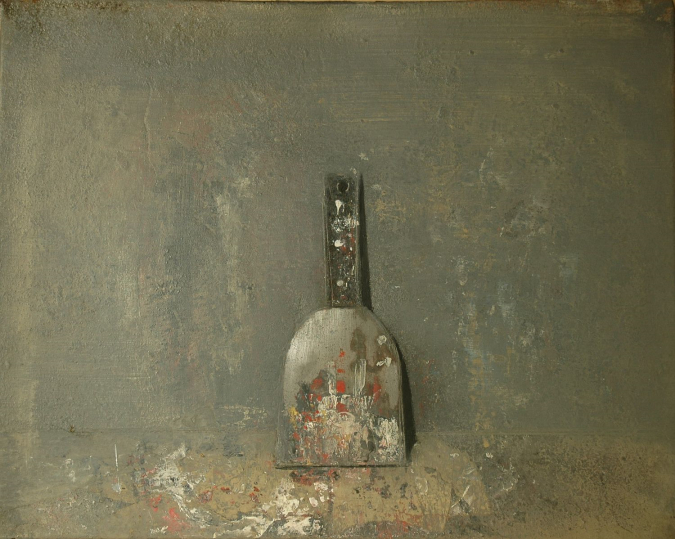