This is a ﬁne old Sepik sculpture, which was already in Europe by the 1920s and was probably collected long before. There appears to be nothing comparable in the Berlin or Basle museums (see Kelm, 1966, I968; Kaufmann, 1980), which have extensive New Guinea material collected during the early part of this century. A similar image is in the Mission Museum at Steyl in Holland (illustrated in Muensterburger, 1955 pl. 82), which was acquired by them prior to 1916.

Sacred ﬂutes were, and in some places continue to be, an important part of men’s ritual activities in many parts of New Guinea. They are composed of bamboo tubes between three and eight feet long and are in some cases ﬁtted with carved ﬁnials such as the present example. Their precise use varies, but they are usually revealed as part of the initiation rituals by which boys are introduced to the men’s secrets. Some ﬂutes are for display only, but others are played and the sounds produced by ﬂutes, drums and bullroarers are said to be the ‘voice’ of the spirit patron- generally called tambenm or tambaran.

An informative account of the complexities of initiation rituals and the central role of the men’s group in a Sepik society has been written by Tuzin about the Arapesh, entitled The Voice of the Tambaran (I980). Practices vary, but in general terms it can be said that, through the rituals men communicate with spirits and ancestors and claim exclusive knowledge of the mysteries of life, death and fertility. The possession of such important secret knowledge places men in a position of power with respect to women and the uninitiated.

Among the Biwat (formerly known as the Mundugumor) there were no great men’s houses. Individual ownership of sacred objects, like ﬂutes, conferred prestige, and they could only be viewed by initiates who had made appropriate presentations of feasts and valuables. Fraser (19 5 5 : I7) illustrates a complete ﬂute and refers to ﬂute carvings as the ‘most important objects made by the Mundugamor’. Margaret Mead, who visited the Biwat in the early 1930s, has written vividly of the signiﬁcance of ﬂutes: ‘. . . to enter and see the sacred ﬂutes with their tall, thin, shell-encrusted standards surmounted by a manikin ﬁgure with a huge head, wearing a diadem of shell and hundreds of graceful and valuable decorations from the midst of which its mother-of-pearl eyes gleam — this is an experience of importance. About these sacred ﬂutes, the hereditary possession of a rope [a term used to refer to a residence group], the almost equivalent of a woman, these flutes upon which all the artistic skill of the best carvers and the cherished valuables of a whole group of men have been lavished; is centred the pride of the Mundugumor [Biwat] . . . of their ﬂutes they are inordinately proud; they call them by kinship terms, they offer them food’ (Mead, I935: 213).

Mead also states that ﬂutes represent both bush and water spirits, and the present example would appear to refer to both categories. It has lost the numerous pendants which formerly hung from the wings, ears and neck, but nevertheless this allows us to appreciate the bold form of the bird, probably a variety of parrot, and the pleasing lack of symmetry in the carving of the crocodile-like creature down the back. The wood is heavy and was no doubt hard to work in the pre-metal era from which this image probably dates. The shell eyes have also been lost and only traces of paint remain, mainly white on the underside of the wings and above the eyes. 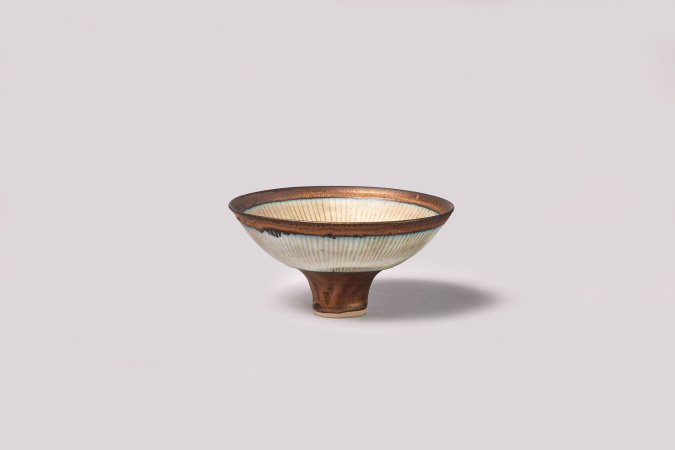 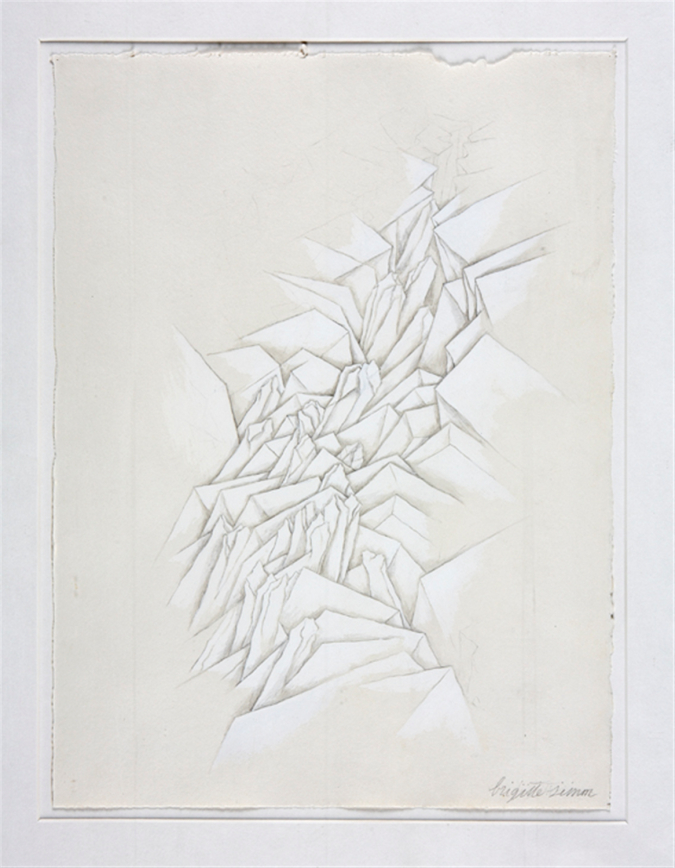