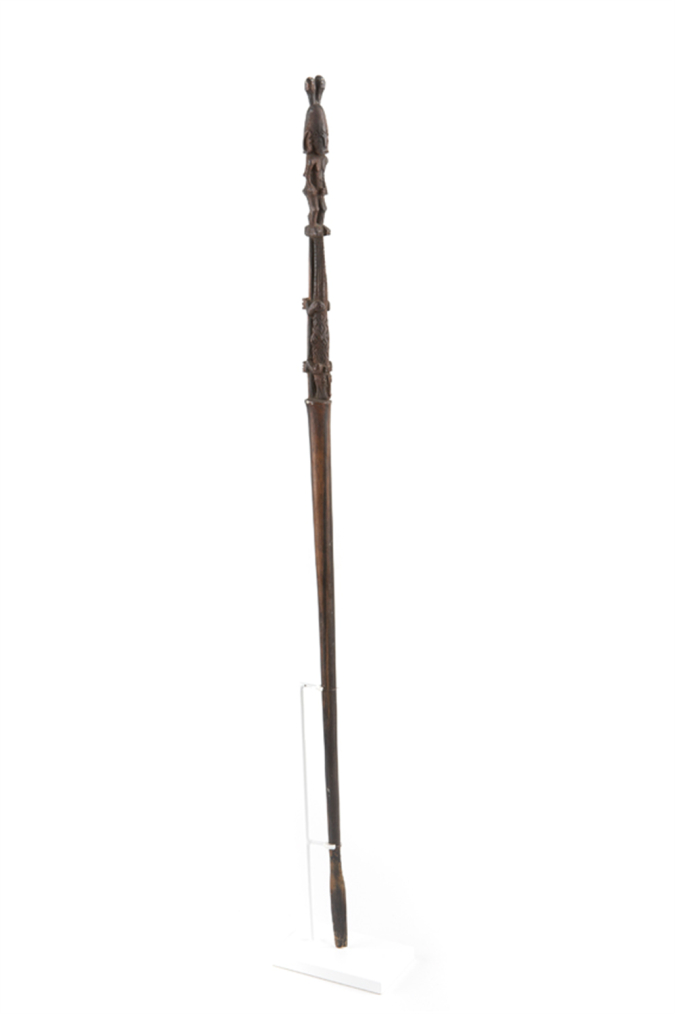 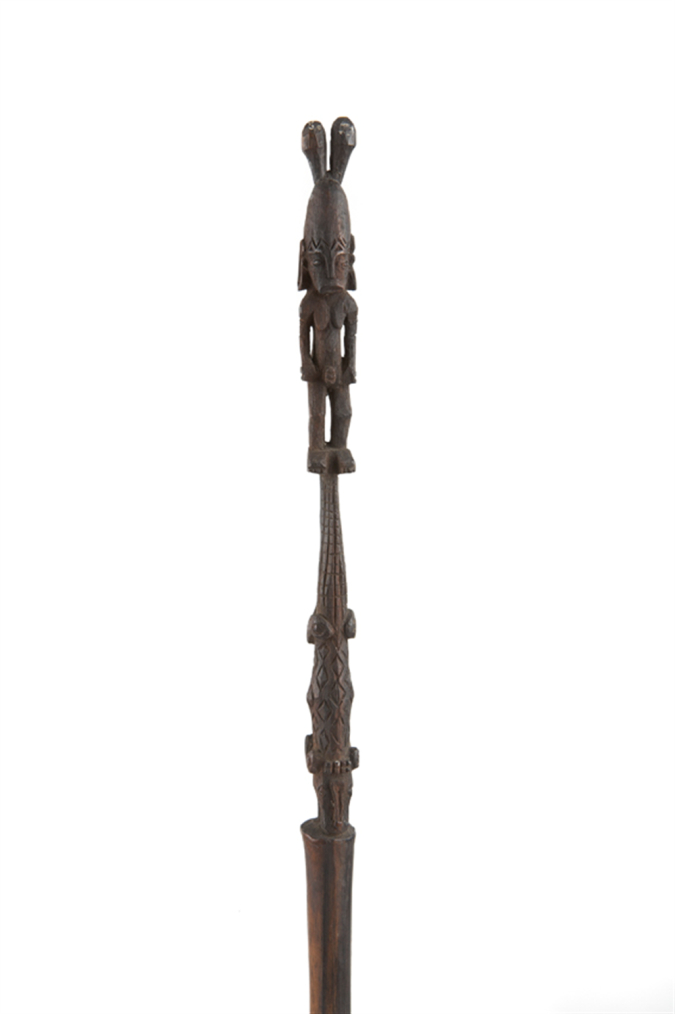 Lime spatulae were part of the equipment used for ‘betel chewing’, When powdered lime was chewed with a mixture of crushed areca nuts and the leaves of the Piper betel bush. In the Admiralty Islands lime was kept in gourds decorated with curvilinear designs, and a long spatula was used to extract the powder. This example, of which the ﬁnial is shown, terminates in a narrow blade for the purpose.

The ﬁnial carving resembles a miniature version of the ‘ancestor’ ﬁgures from this region, which can be up to six feet high and are often incorporated into house architecture (see Badner, 1979). Such ﬁgures are often carved in association with crocodiles, as here, where the crocodile appears as though trussed by the legs to a stake, which may be a reference to hunting prowess (see also Nevermann, 1934: ﬁg. 132). The ﬁgure has a projection down the centre of the back, ﬂaring at the lower end, which possibly represents a warrior’s pendant. The twin projections on top of the head represent men’s elaborate wigs.

Acquired by the Sainsbury Family in 1966. Donated to the Sainsbury Centre, University of East Anglia in 1973 as part of the original gift. 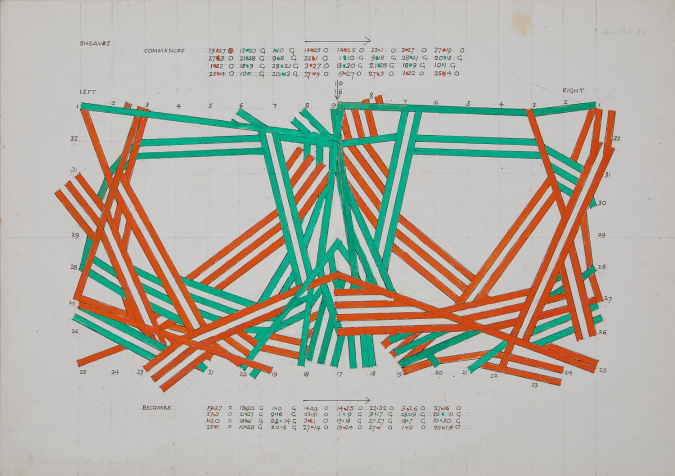 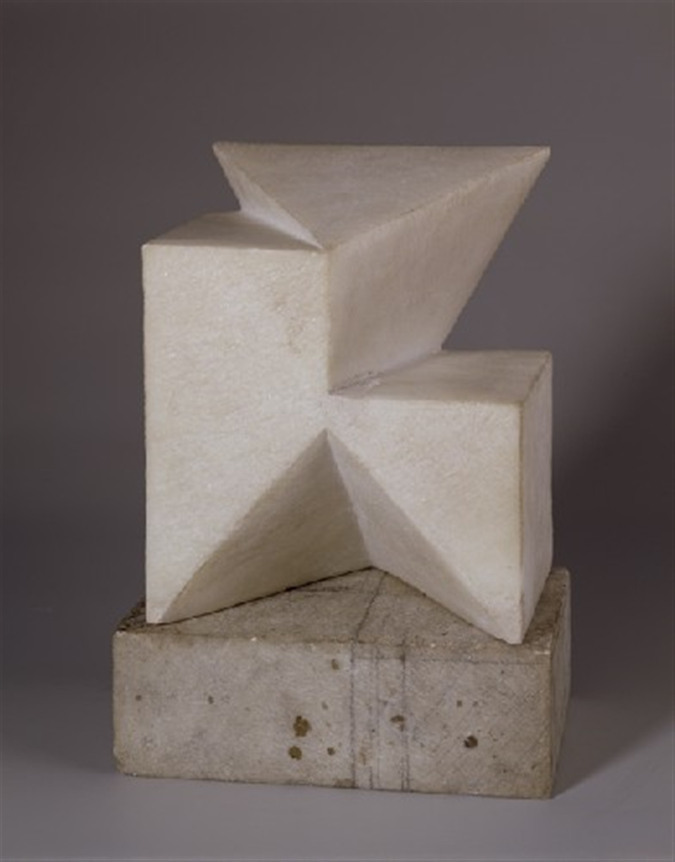 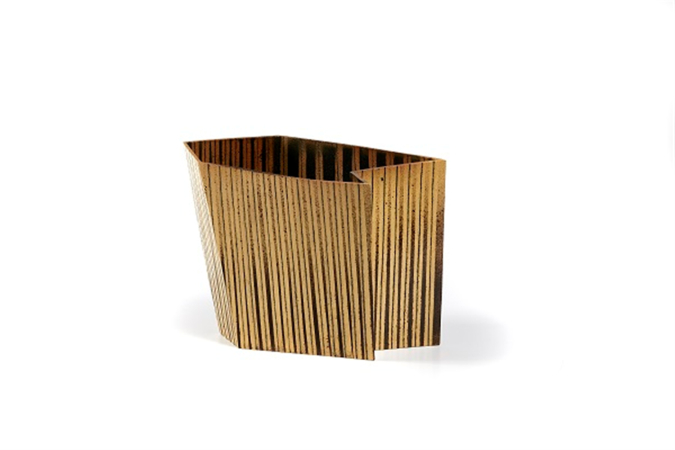 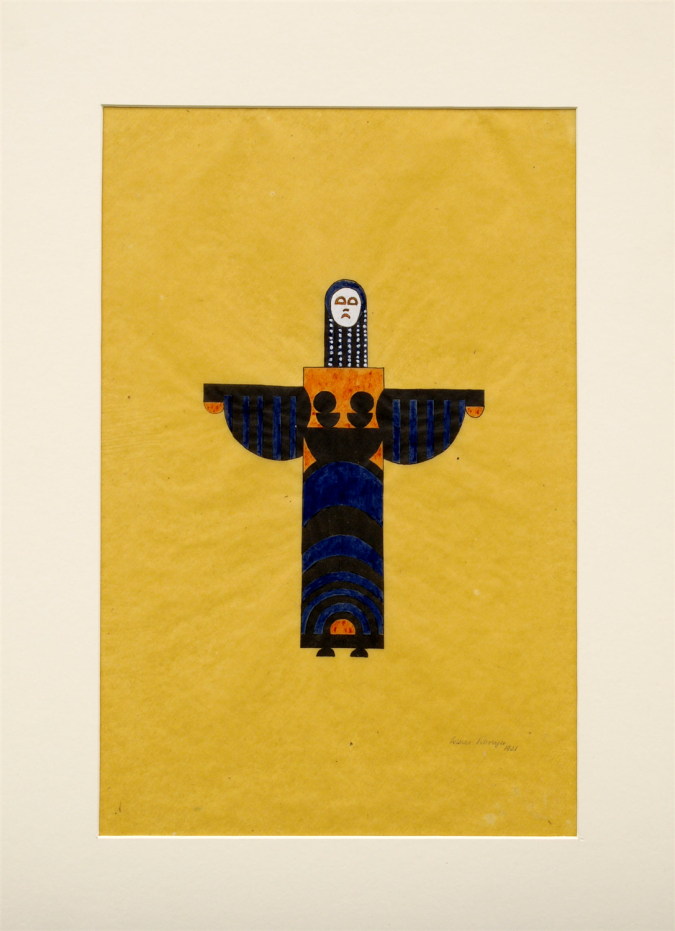