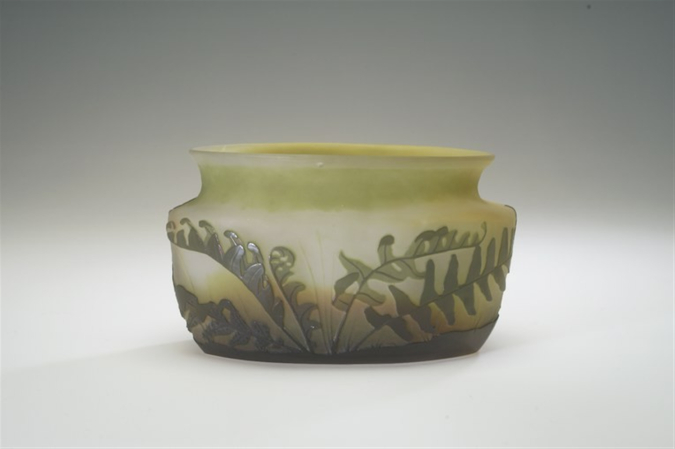 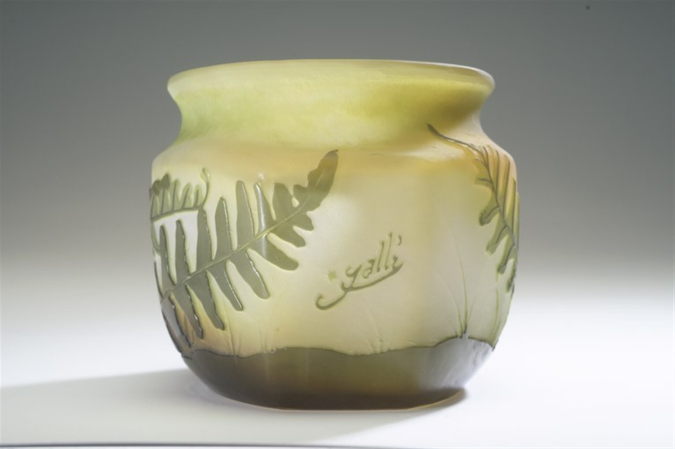 This vase was produced by the innovative French glasswork factory established by Emile Gallé in Nancy in the 1870s. Gallé achieved international fame for his glassware, which fused experimental glassmaking techniques, with designs inspired by the symbolic properties of nature. In this vase, varying shades of green and amber glass have been overlaid with dark green glass, which has been etched with a decoration of ferns. The star prefix to Gallé’s signature on the side of this vase indicates that it was produced by the factory after his death in 1904 and it has been dated to around 1910.

During his lifetime, Gallé was instrumental in establishing Nancy as a major centre for the Art Nouveau style. By 1900 he employed approximately three hundred skilled craftsmen and women in his factory. [1] Under Gallé’s supervision, they produced stylish glassware for an elite commercial market, selling in Gallé’s shops in Paris, London and Frankfurt. [2] While the business prospered, Gallé continued to focus on designing unique works, which were eagerly collected by wealthy patrons and friends. The factory remained active until 1935 and was well known for its production of acid-etched cameo glassware like this vase.

The Andersons acquired a total of ten works in glass by Gallé and three pieces of furniture for their Art Nouveau collection in the 1960s. All reflect Gallé’s fascination with the natural world, which inspired the form, decoration and symbolism of his designs. The significance of nature as a source for Gallé’s work is evident in the personal motto which he had inscribed on his factory doors in 1896: ‘Ma racine est au fond des bois’ (my roots are in the heart of the woods). 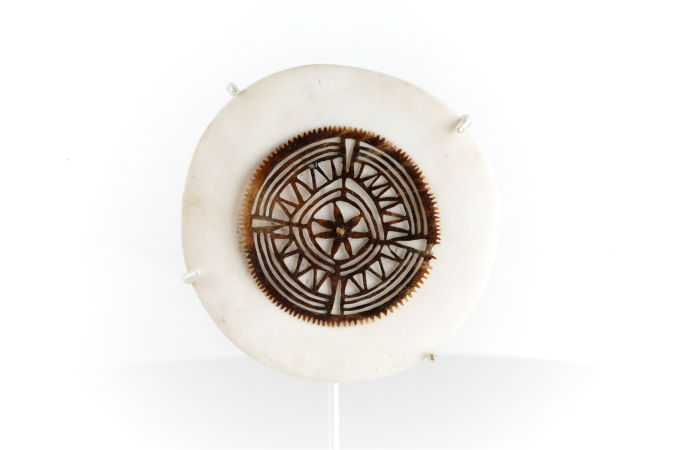 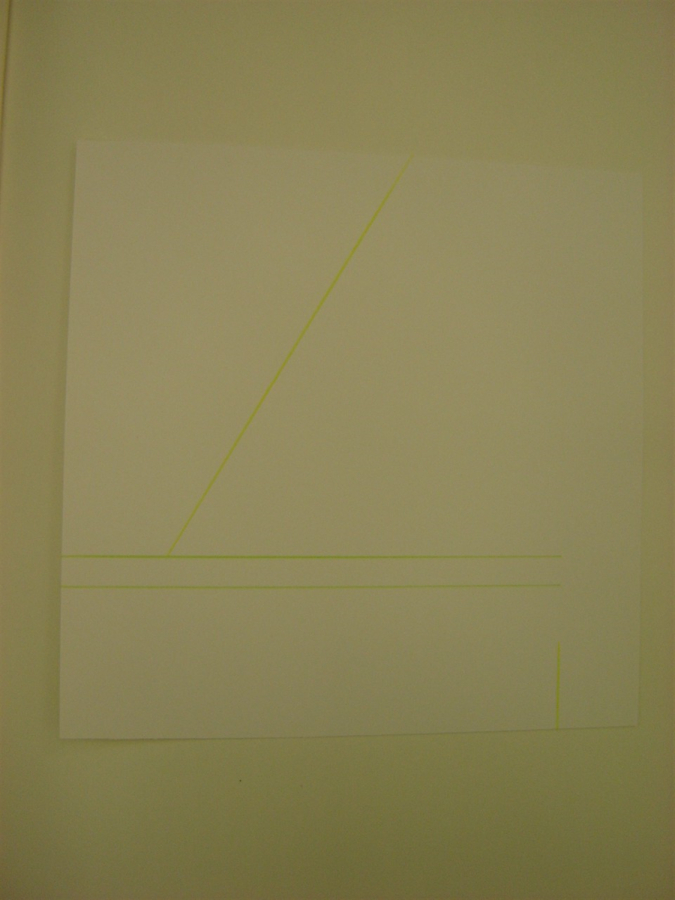 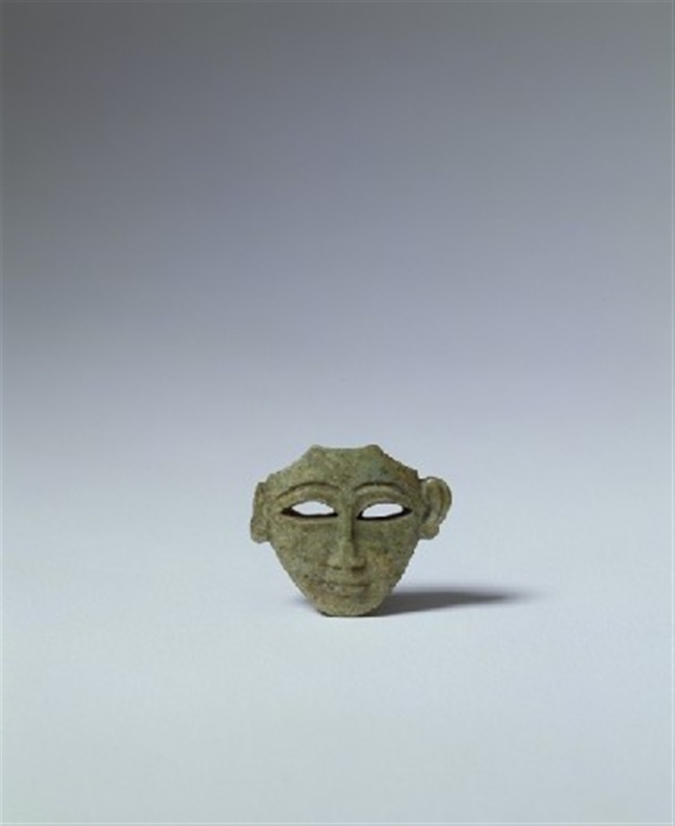 Inlay in the form of a human mask