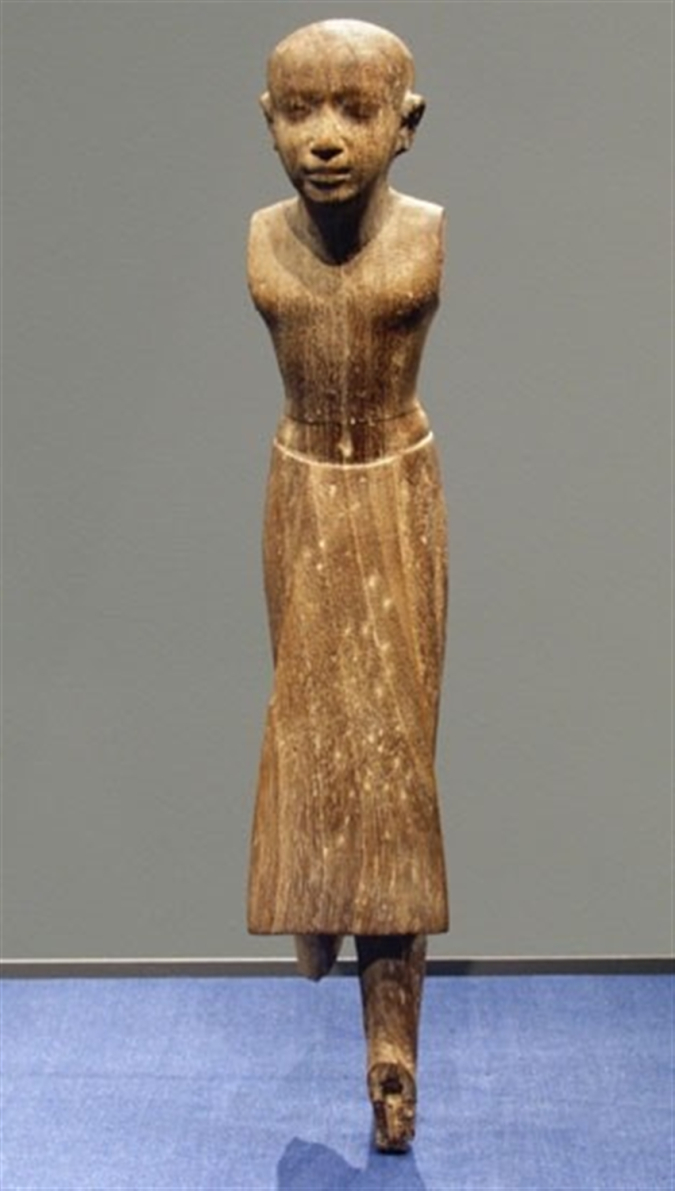 Statuette of a striding man

This statuette would originally have been part of the tomb furnishings of a man of rank. The arms that accompanied the figure when it was acquired, and which are evident in early illustrations, are not original. As they are an incorrect restoration they have now been removed. In the absence of arms, and evidence for their position and the implements which they may have held, it is not possible to say whether the statuette is a small-scale figure of the tomb owner or a large-scale figure of one of his servants.

The presence of a tenon below the left foot shows that the figure would have slotted into a separate wooden base. In all but a few surviving Egyptian wooden statues the arms were carved separately and pegged into the torso, as in this figure. Traces of gesso on the figure doubtless once formed the basis for pigment, which has now totally vanished.

Purchased by Robert and Lisa Sainsbury from K. J. Hewett in 1955.

Title/Description: Statuette of a striding man 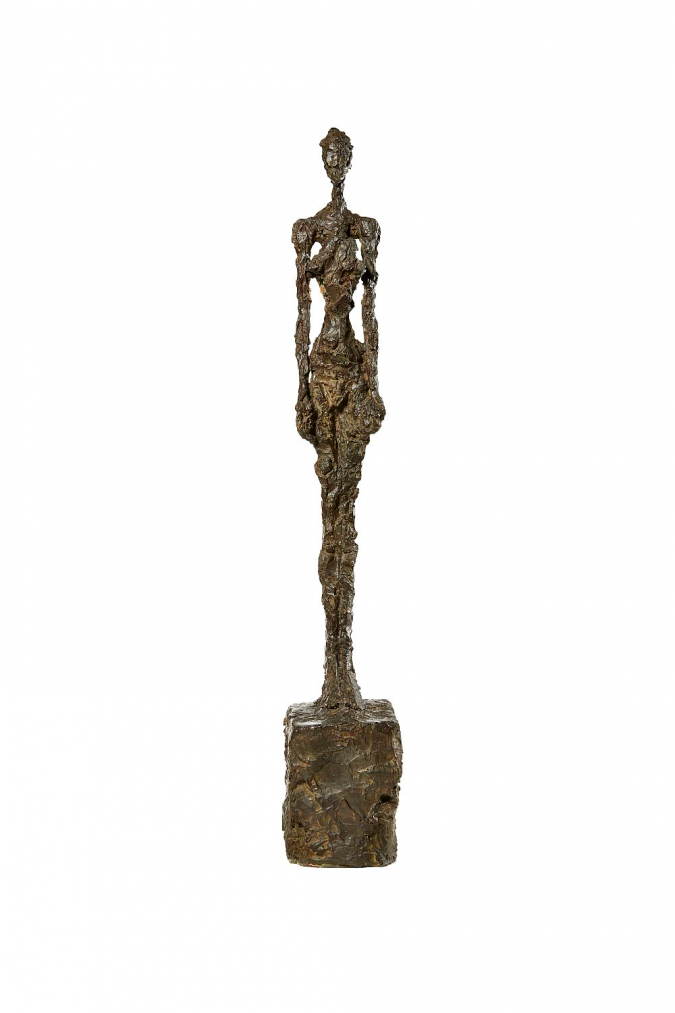 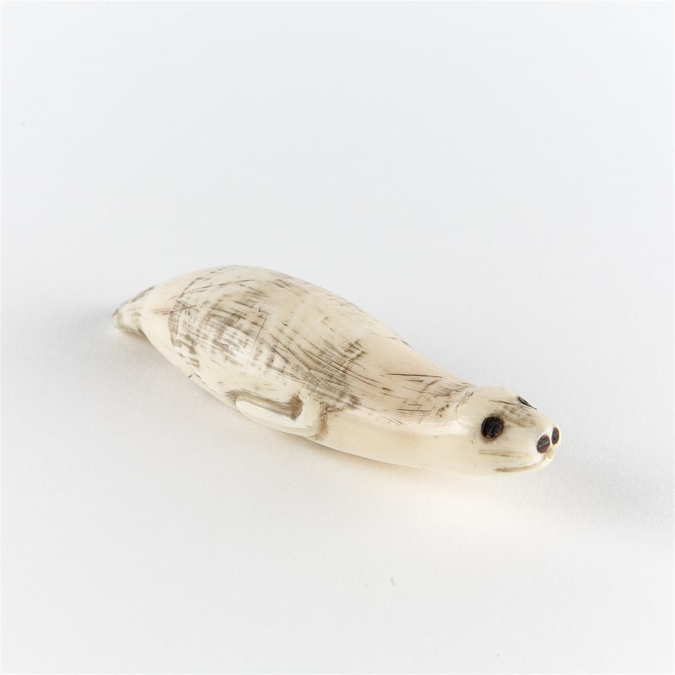