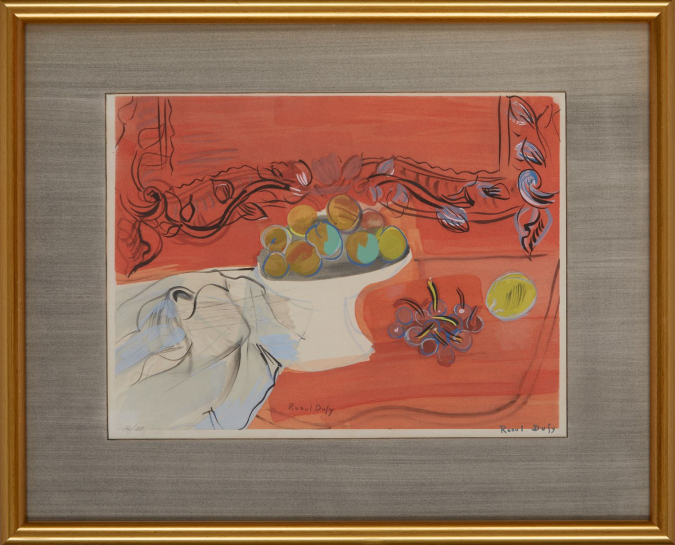 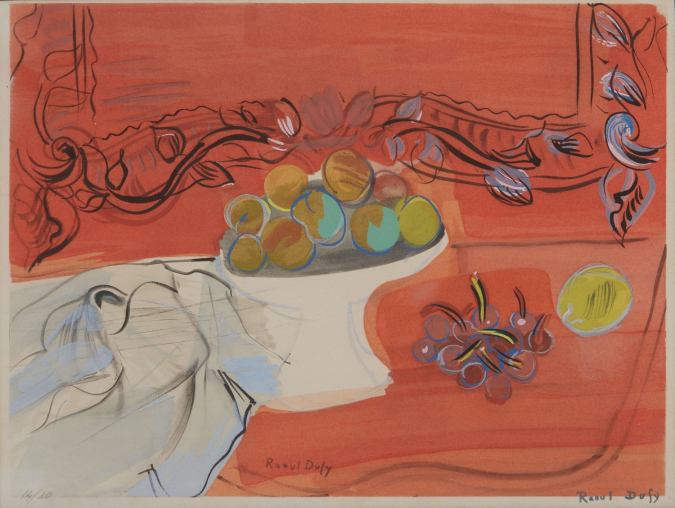 A light, fluid application of line and layers of washed colour combine in this still-life composition to create a lively, decorative quality that is typical of Raoul Dufy’s work. The arrangement of bountiful fruit, set in front of an ornate frame, gives an impression of casual luxury that relates to Dufy’s popular poetic images of domestic interiors, crowds at leisure and Mediterranean landscapes.

Dufy moved to Paris to study painting in 1900, where he was influenced initially by Impressionism, and later by the focus on bold colour associated with the Fauves. By the mid-1920s Dufy had developed a distinctive decorative style which can be recognised in his paintings, drawings and design work. 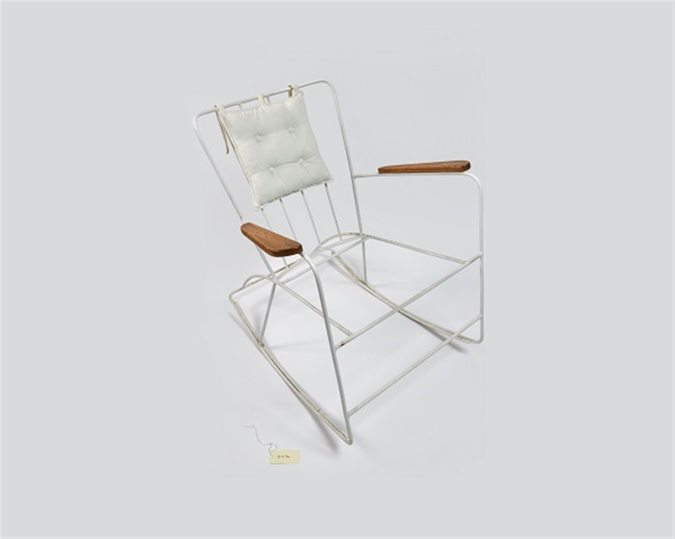