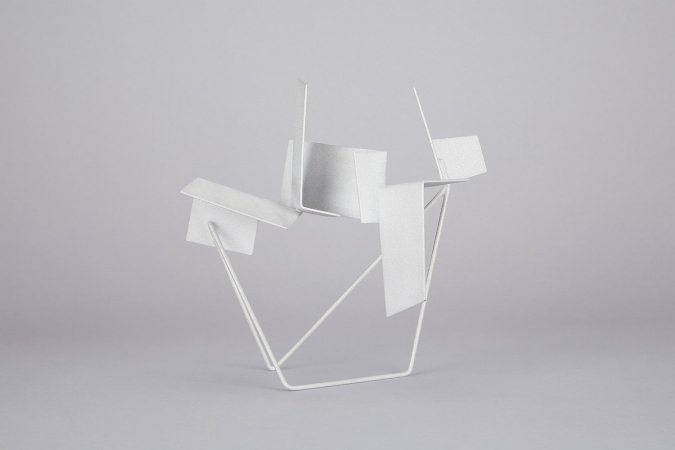 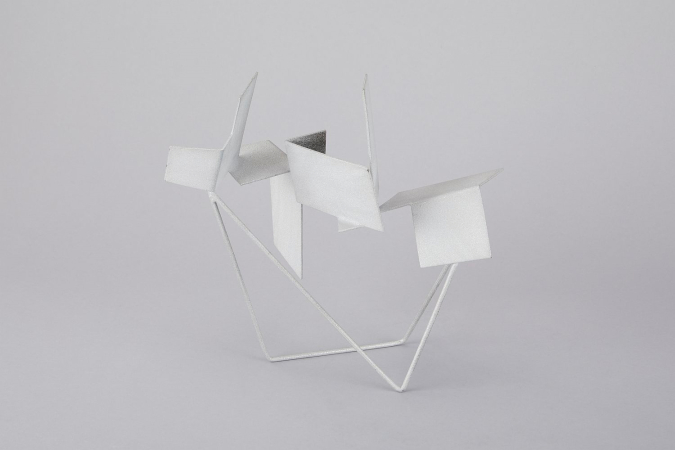 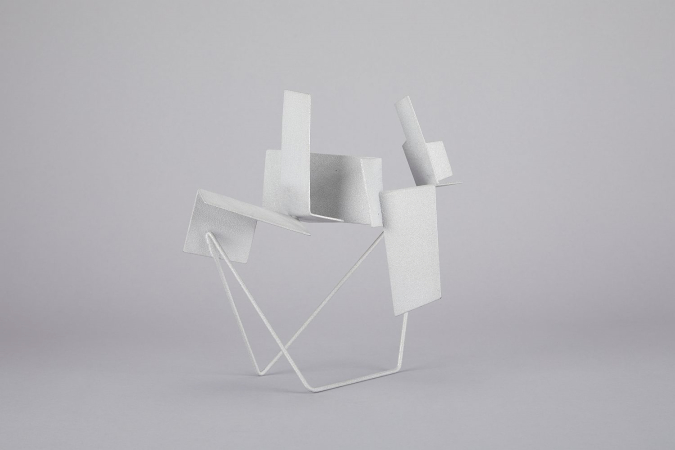 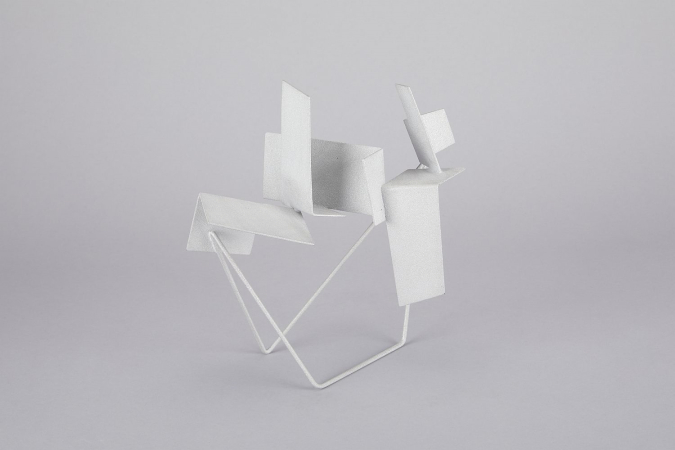 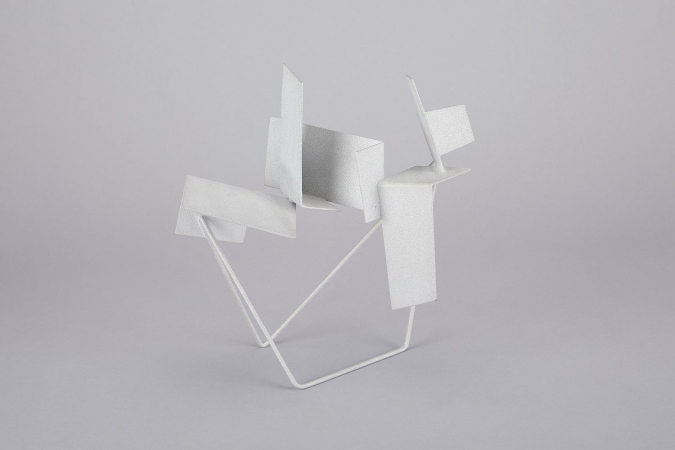 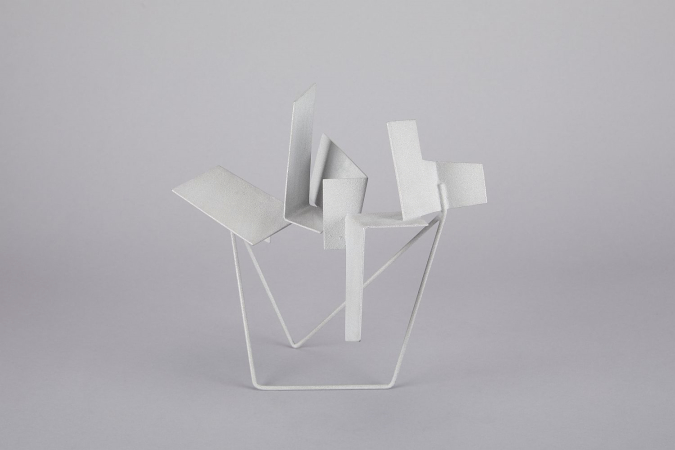 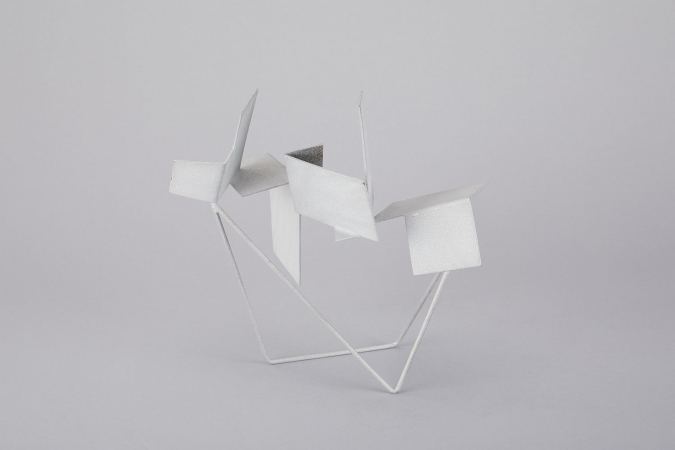 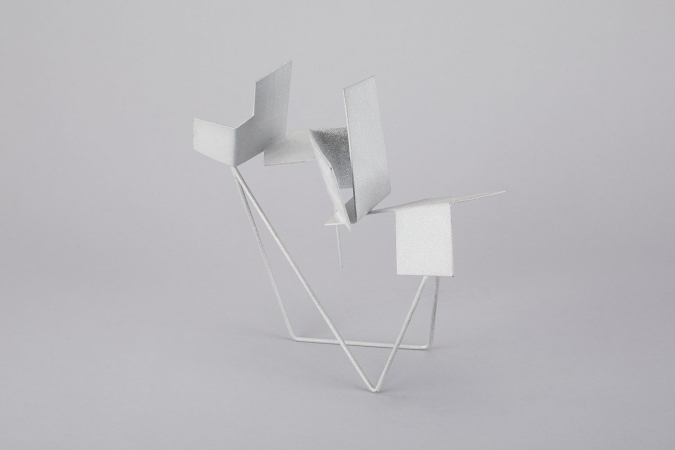 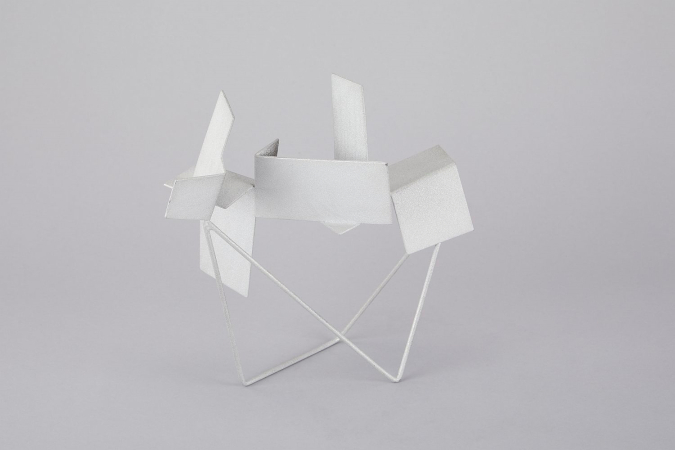 Forms on a frame

Like a three-dimensional jigsaw, Robert Adams has carefully balanced L-shaped planes of steel on a slender frame. The steel forms seem to tumble downwards, echoing the diagonal line of the frame, one leg of which stands on a point whereas the other leg is on its flat edge. The total composition is one of harmonious asymmetry. Adams was interested in balance and the suggestion of energy or movement through asymmetry: ‘I am concerned with energy, a physical property inherent in metal. A major aim I would say, is movement, which I seem to get through asymmetry.’ [1]

The development of forms may suggest a growth pattern as found in nature. Robert Adams was one of a group of artists working in the constructivist style in Britain in the 1950s and 1960s who were influenced by D’Arcy Wentworth Thompson’s book On Growth and Form, published in 1917 and republished in 1942. In the pioneering book, the mathematical biologist identified how the shape of living organisms conforms to mathematical laws, evidencing why patterns are found in nature. The constructivist artists in Britain used industrial materials, like Adams, often in their original colour.

Adams created the structure in steel, which was sprayed in aluminium. Other works that he made were coated with bronze [for example 31575 and 31576]. He liked his sculptures to retain the appearance of metal, so he generally worked in grey or brown, rather than incorporating colours. The welded nature of the work relates to the sculpture that is described as ‘drawing in space’. Like the graphic lines of a pencil, the linear rods describe contour and enclose space. The notion of ‘drawing in space’ has been associated with the welded sculptures of the Spanish artist Julio González, but is also applicable to the works of some of the Russian constructivist artists like Naum Gabo and Antoine Pevsner.

The Sainsbury Centre has the most important body of work by Robert Adams in a public collection in the UK with 27 sculptures and 8 works on paper. They were acquired by collectors Joyce and Michael Morris and bequeathed to the Sainsbury Centre in 2016.

Bought by Michael Morris from the artist in 1965.

Title/Description: Forms on a frame 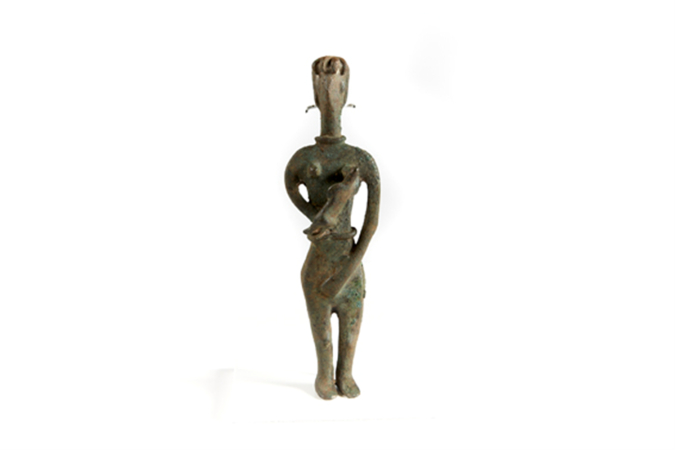 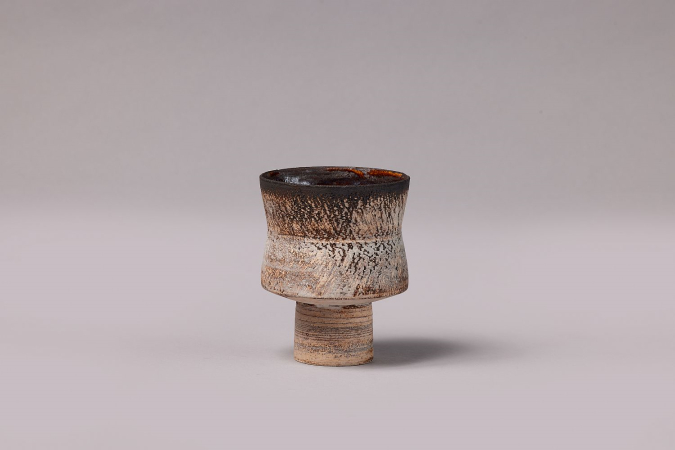