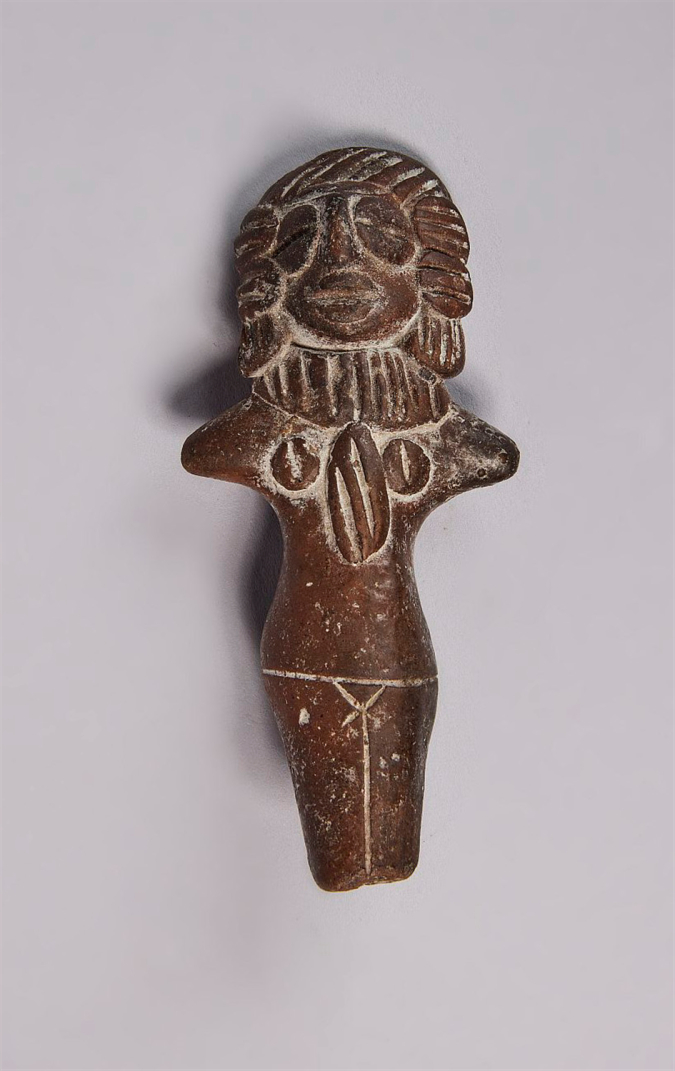 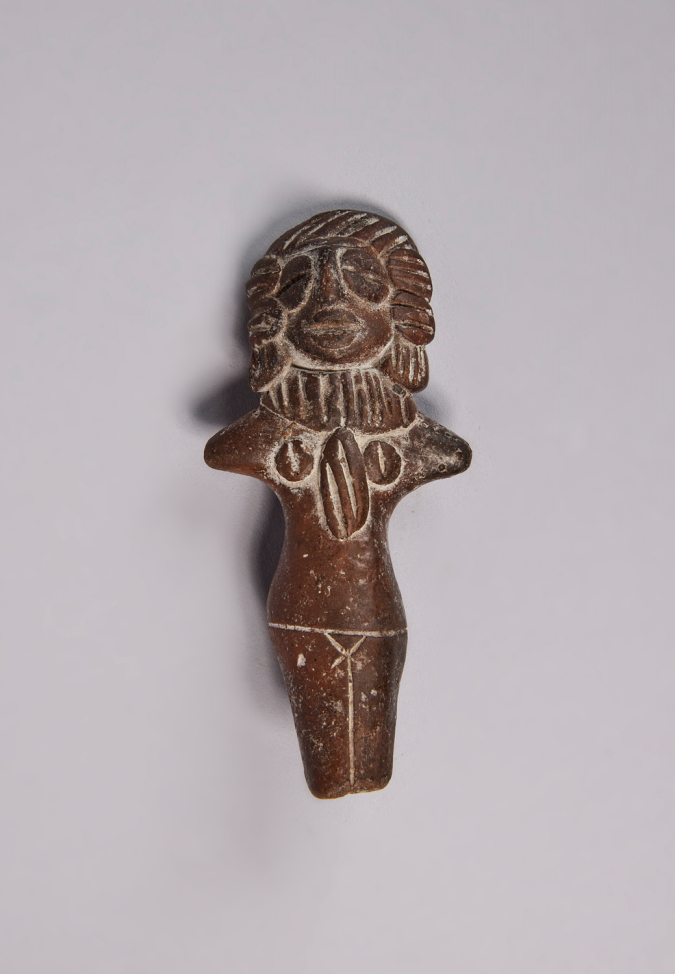 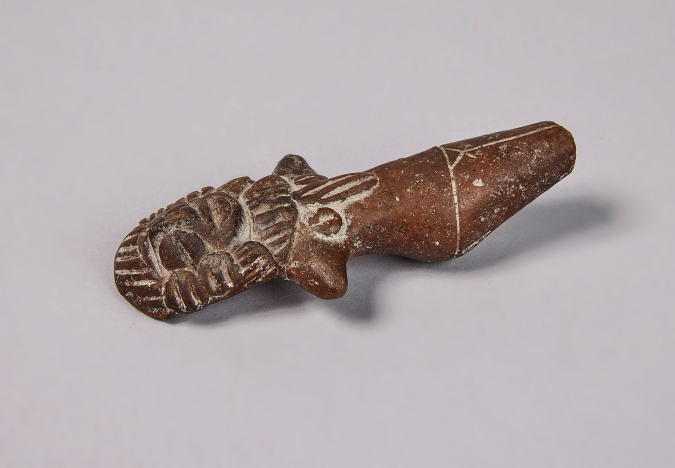 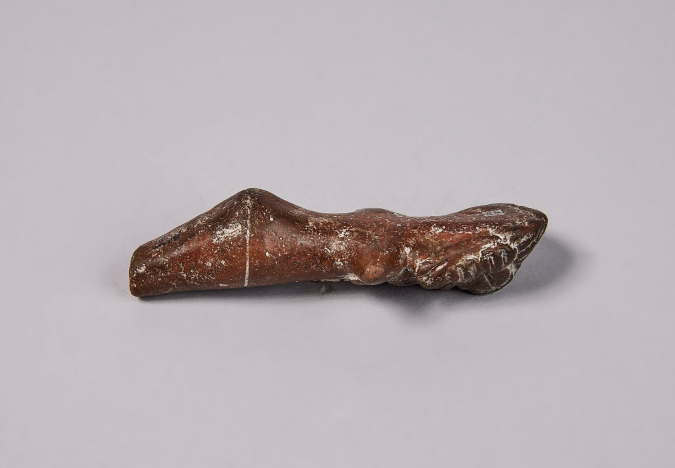 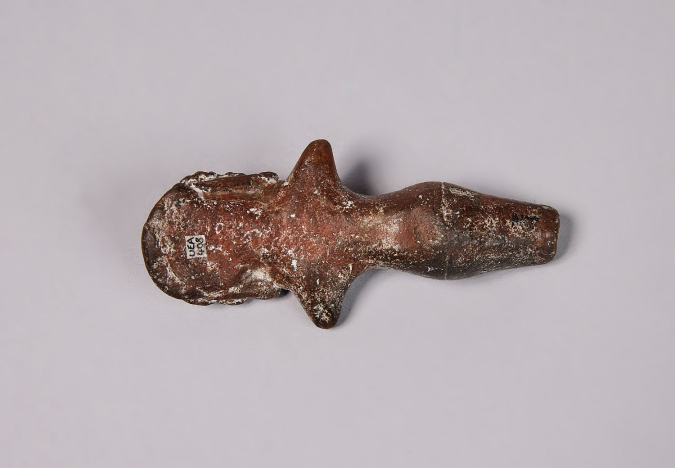 The earliest figurines found in the Indian Sub-Continent are from the Indus Valley civilisation (2,300-1,700 BC) where they were made in stone or terracotta. From this time onwards simple figurines representing the mother goddess have been found all over India. Clay is an essential part of Indian culture, “mother earth” governing their livelihood and religion, and so these figurines suggest spiritual meaning. They were probably for everyday, domestic use which accounts for their warmth and vitality. Similar objects are still made today.

This figurine’s body was modelled by a village craftsman out of soft clay, and pellets were added to indicate the eyes, hair, breasts and jewellery. The simplest of tools would be used for final decoration and to indicate the legs. The dark patina probably resulted from constant handling because of its spiritual significance. 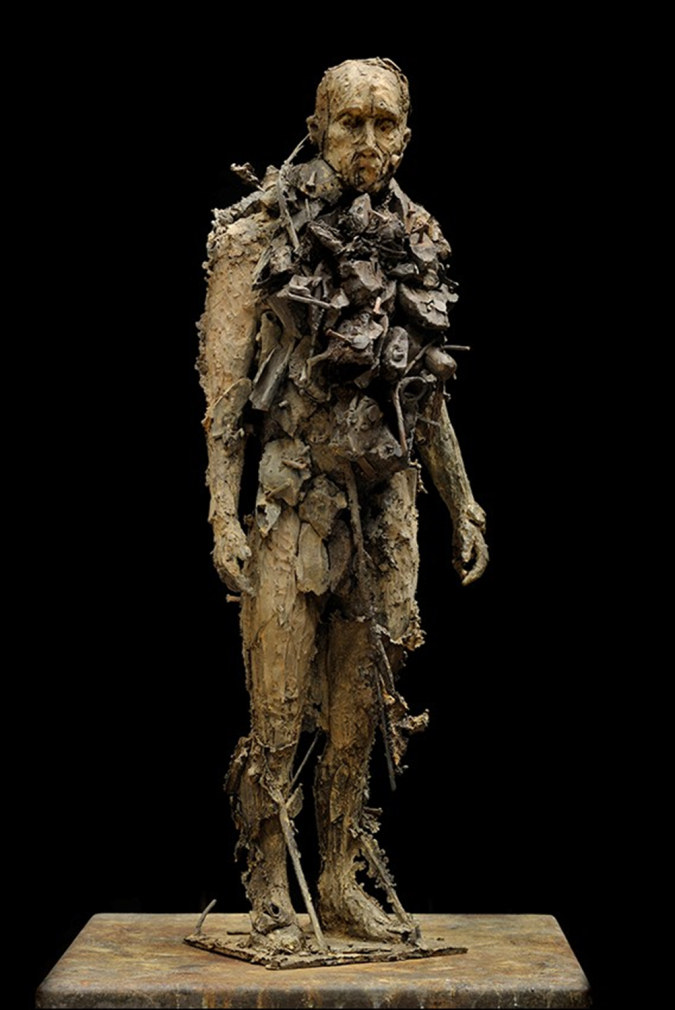 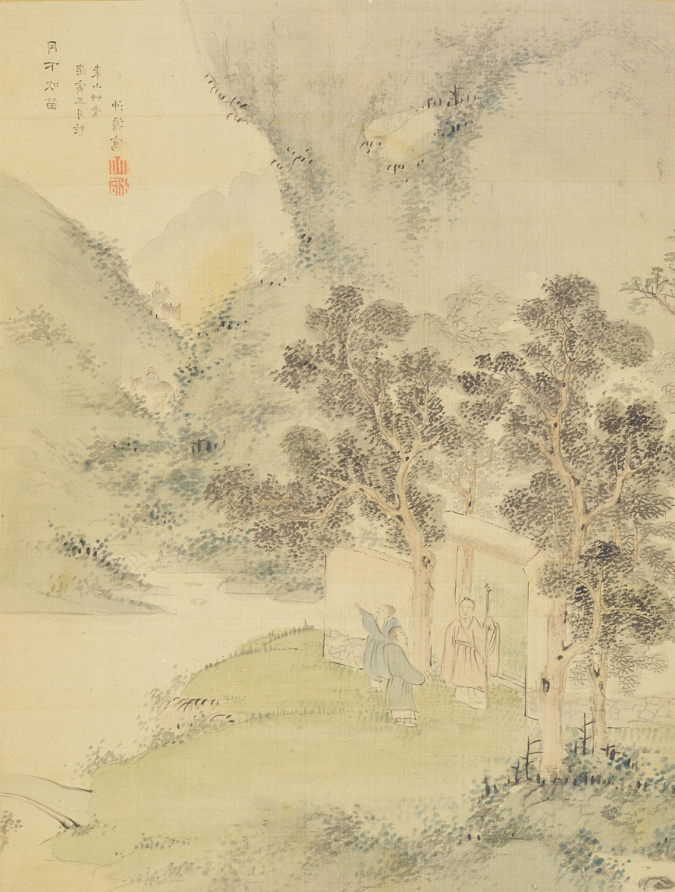 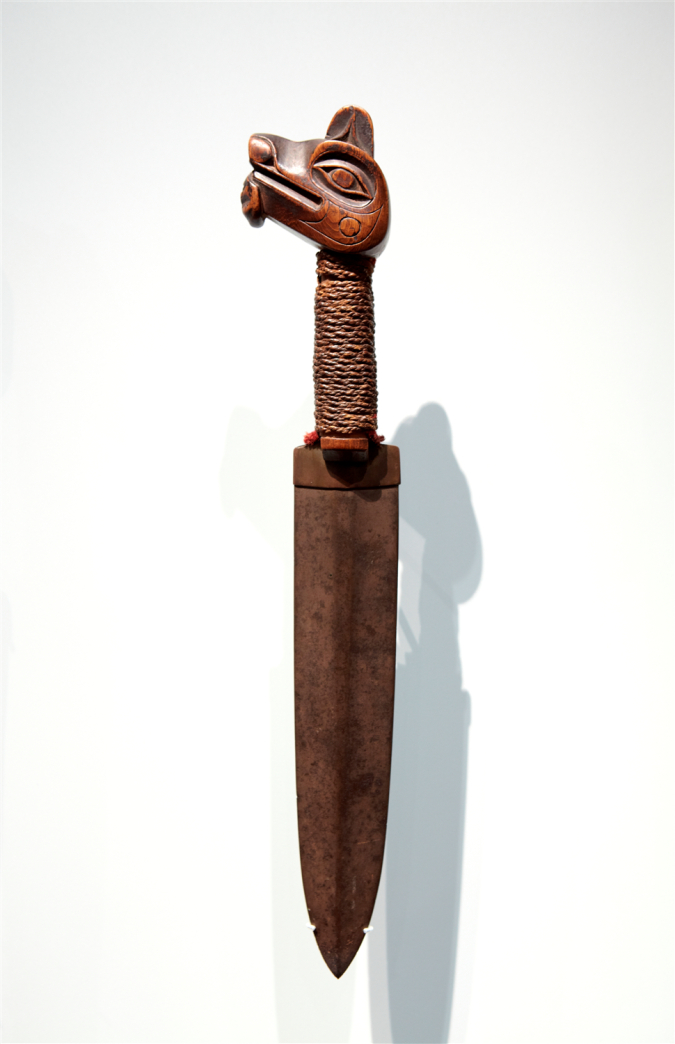 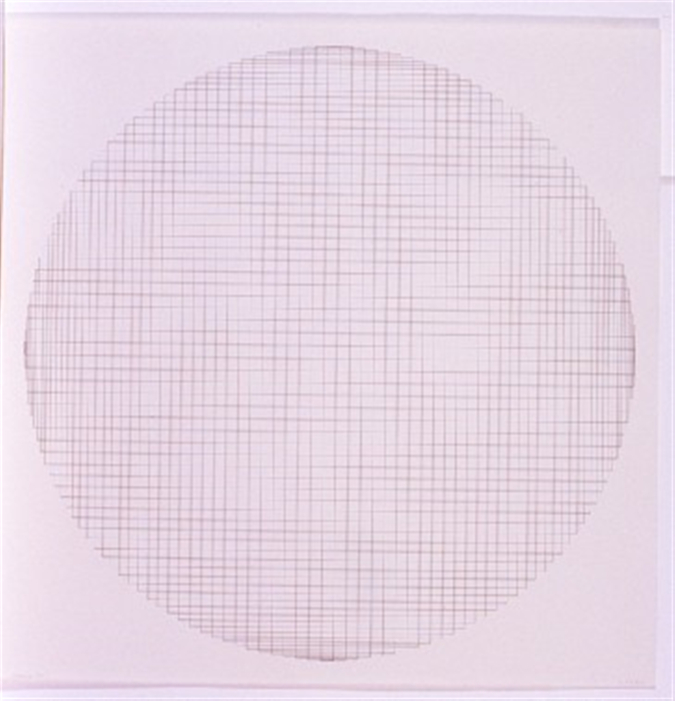