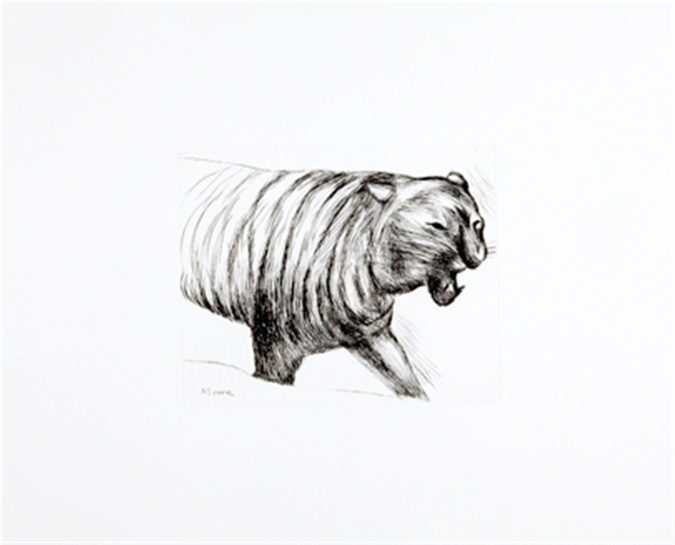 Animals in the Zoo - Tiger

In a BBC documentary, Henry Moore at Home, Moore described gorillas as having more ‘sense of power and physical strength’ than a lion or a tiger, which as he says, are usually associated with strength. [1] He conveys the aggression of the tiger in its open mouth displaying sharp teeth. In 1983 Henry Moore published Animals in the Zoo, a portfolio of ten etchings and an additional two in the deluxe edition. Some of the animals are depicted before horizon lines, or the suggestion of a landscape, contradicting the title of the portfolio and implying that the animals are in open spaces, rather than at the zoo, to be viewed behind bars.

The etchings were created between 1981 and 1982 from earlier drawings copied from photographs taken by Moore’s assistant, Michael Muller, at London Zoo. By this time, Moore found etching difficult, although previously he had worked directly onto the plates, even having a printing press installed in his studio in 1970. Henry Moore at Home includes footage of animals in their cages in London Zoo, overlaid with Moore’s narration. He explains that ‘animals can teach you all sorts of things about sculptural form’. [2]

The portfolio in the Sainsbury Centre Collection, which includes Tiger, is a prototype. The twelve etchings were sent to Baron Zuckerman OM, along with the text for Moore’s Elephant Skull album (1970), probably so Zuckerman could write his introduction for the Animals in the Zoo portfolio. In his introduction, Zuckerman wrote, ‘The animals which he has depicted are his own, seized with infinite sensitivity by his eye, in the same way that he had already seized what appears in that remarkable portfolio of etchings of the elephant skull, a vision that had never been given to any anatomist’. The lifelong friendship of Solly Zuckerman and Moore began when they met in the late 1920s in the Gardens of the Zoological Society of London, where Zuckerman was Resident Anatomist. Zuckerman later became Chief Scientific Advisor to the Ministry of Defence in 1960–5 and then Chief Scientific Advisor to the British government until 1969. He was involved in the founding of the University of East Anglia and became Professor at Large in 1969. His close relationship to the University meant that he gave his archive, along with this portfolio.

Given to Lord Zuckerman by Henry Moore in 1982.

Bequeathed to the Sainsbury Centre in 1993, with his archive to the University of East Anglia Archives.

Title/Description: Animals in the Zoo - Tiger 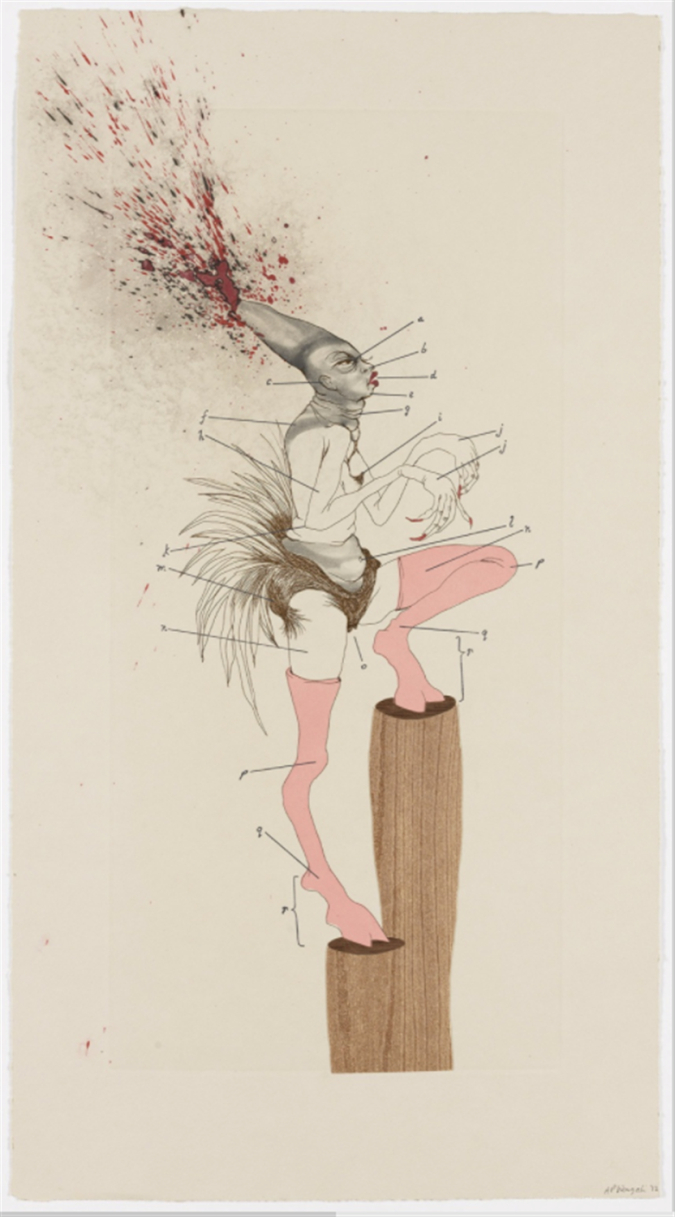 The Original Nine Daughters (7 of 9) 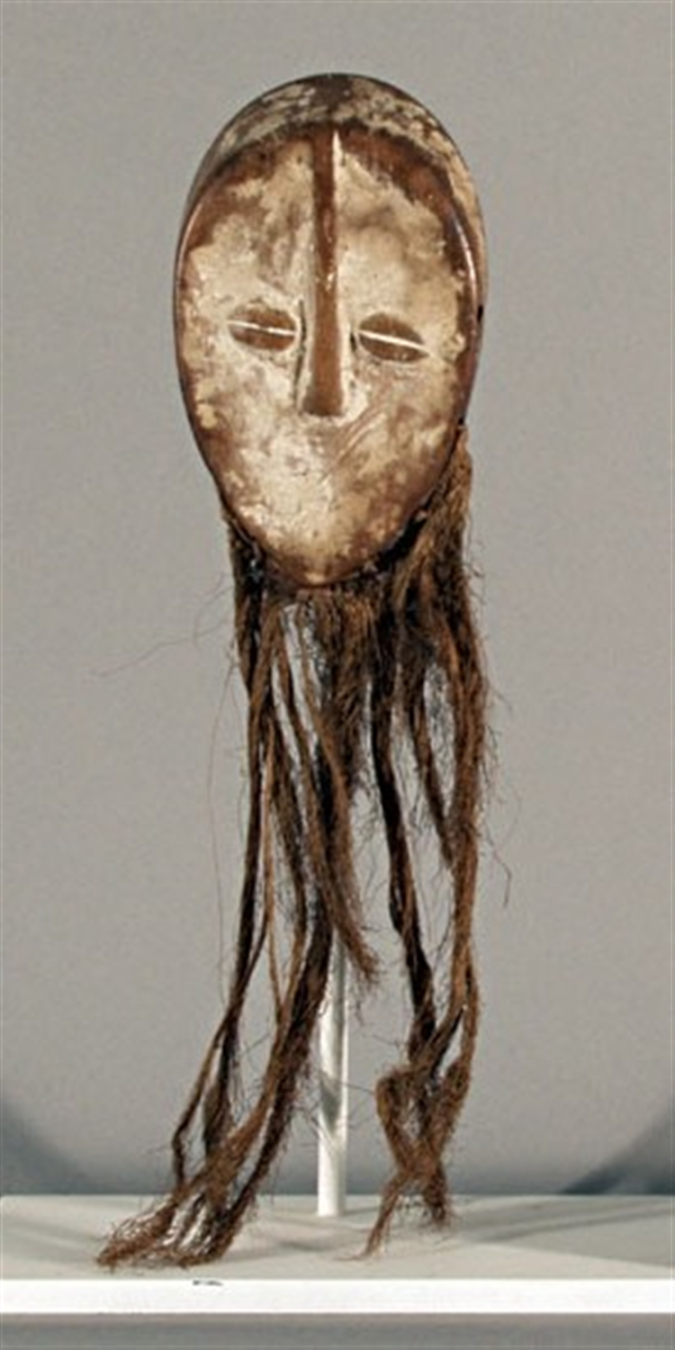 Mask (with a fibre beard attached) 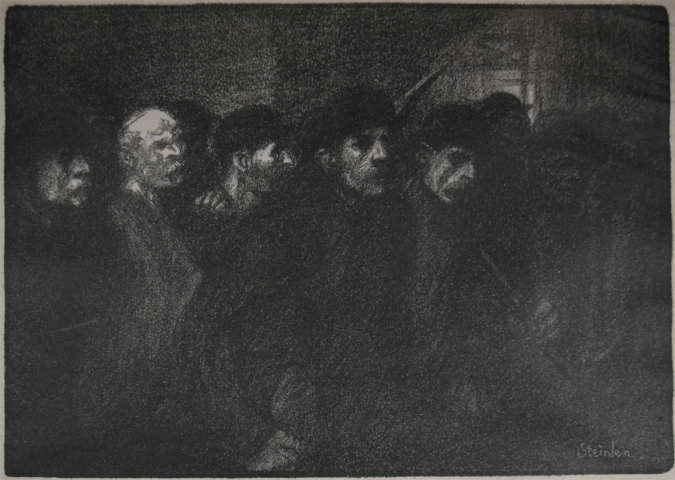