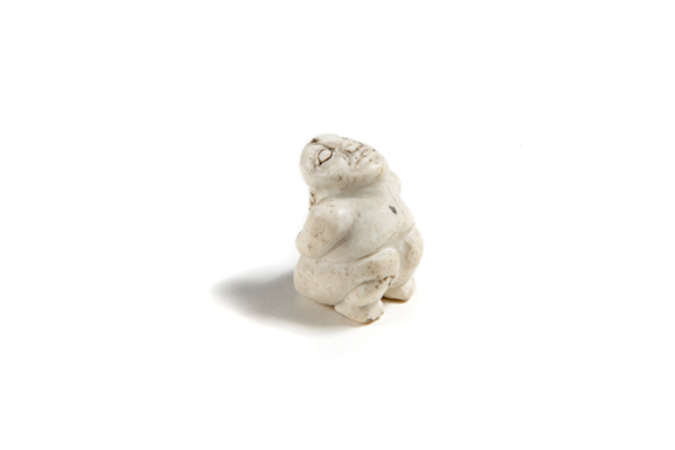 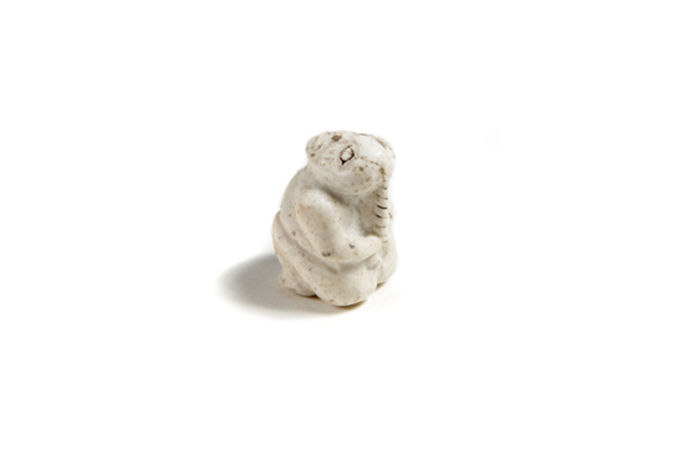 The image of the bound captive appears on a variety of Tlingit sculptures (Harner and Elsasser, 1965:92; Collins etal., 1973:269-70,277; Jonaitis, 1986: plates 51, 60), and is usually interpreted as the figure of a witch. More properly, the term should be sorcerer, the distinction being that a witch has intrinsic evil powers, whereas a sorcerer uses certain materials and rituals to bring about evil or illness. Swanton (1908:467) and de Laguna (1972:736) discuss ‘witches’ and the procedure by which a shaman first identified a witch by divination, and then forced a confession by binding and torture.

This compact stone sculpture, in which the captive’s long hair is twisted into a cord that binds the wrists, vividly expresses the anguish of the victim. Witch imagery is usually associated with shaman’s equipment, and this carving was possibly a charm used in the diagnosis of sorcery. The figure has no labret and so probably represents a man.

Formerly in the William Oldham collection.

Purchased by Robert and Lisa Sainsbury from K. J. Hewett in 1973.

Accessioned into the Sainsbury Centre, Univeristy of East Anglia circa 1994. 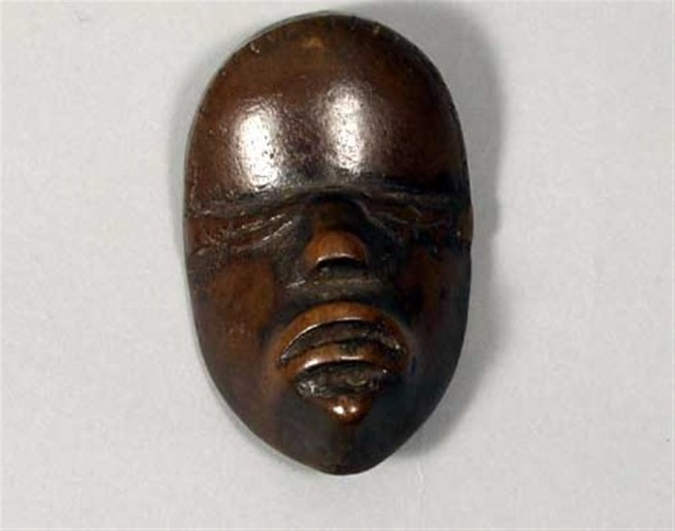 Miniature mask, one of ten 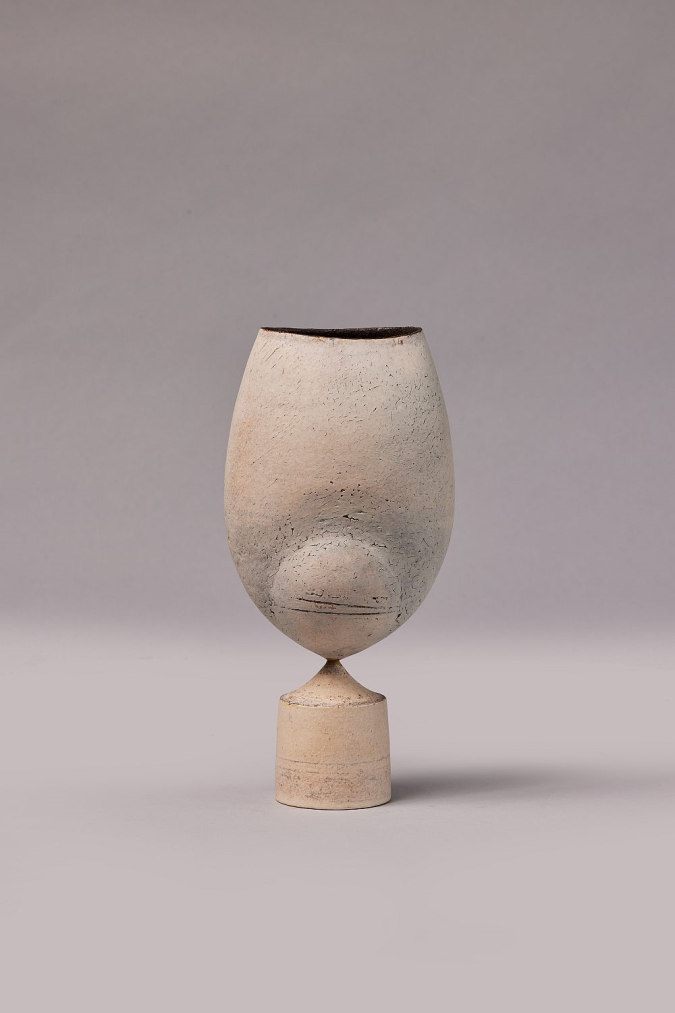 Oval cup form on cylindrical base 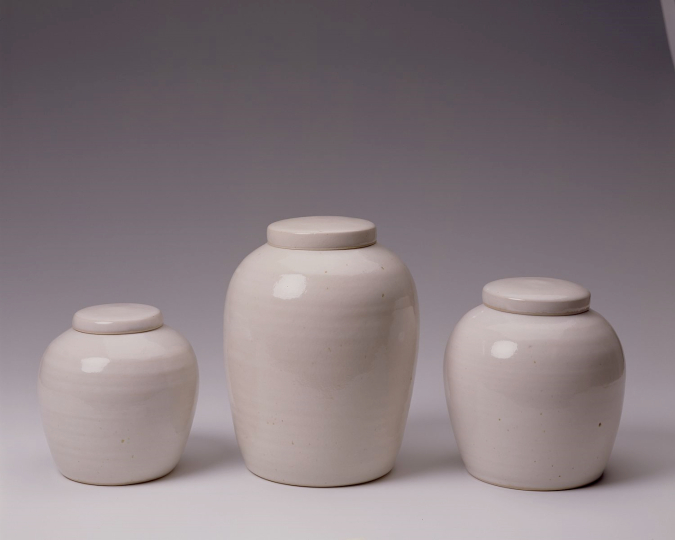