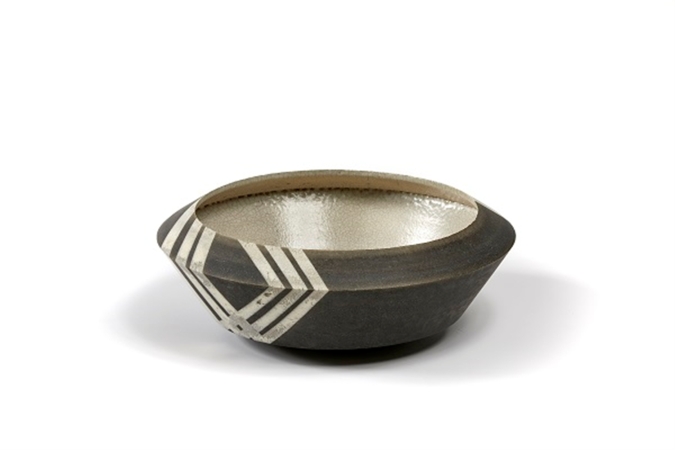 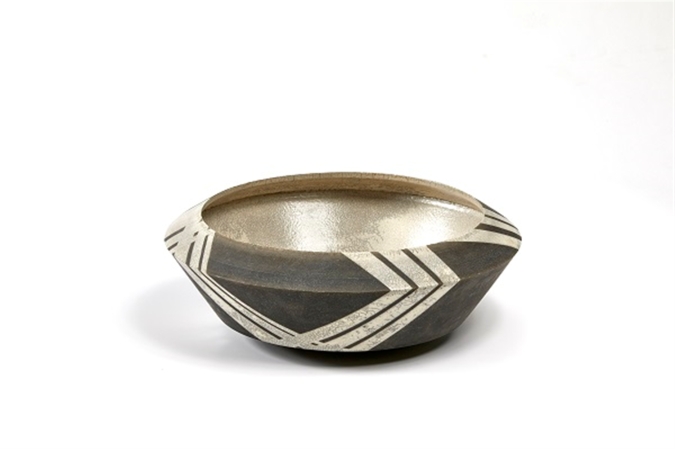 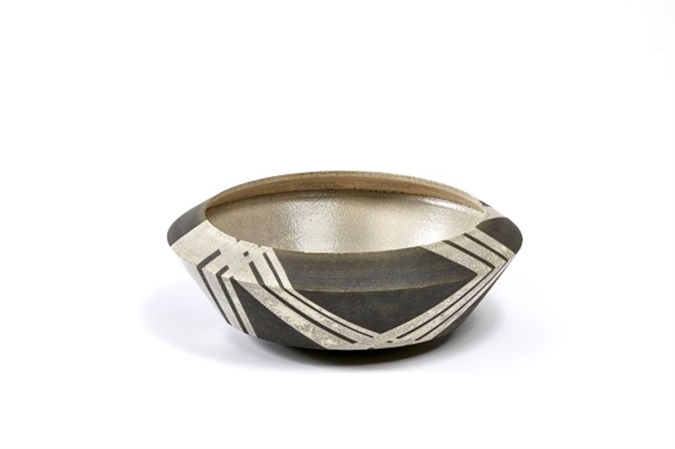 Martin Smith was introduced to Raku during his studies at Bristol Polytechnic and came to refine his process at the Royal College of Art. This thrown vessel follows directly on from Smith’s RCA graduation exhibition, closing his 2-year research degree. The refined form, crisp geometry and precise execution are typical of Smith’s entire oeuvre but, in the context of Raku, mark him out as a visionary that reinvigorated Raku amongst contemporary makers and buyers. [1]

Raku ware is bound up in centuries of Japanese history and tradition, closely linked to Japanese tea ceremony and the customs of Zen Buddhism. The 20th century western Raku process is praised for its spontaneous nature and unpredictable results, often strikingly coloured with random and expressive markings. Contemporary Western Raku ware was often described as a pastiche of past Japanese masterpieces [2] but Smith’s innovations revived the medium. [3] His ability to execute planned geometric surface decoration with high levels of detail and precision was previously unseen.

Smith enjoyed the speed with which Raku could produce results. [4] Pots are not shut away in a kiln for days but require quick working, even at the molten stages, when the body and glazes are still hot. [5] Despite the spontaneous tendencies in Raku, Smith sought to exert limitations and parameters over the process with the aim to produce specific, precise results. Designs were meticulously planned before firing, masked off with tape and the glaze sprayed on for an even result. Smith would even manipulate the extent to which crazing would occur on the interior glazed surfaces with the application of damp clothes for rapid cooling. He designed a kiln of his own that would fire quicker and did not require pots to be moved for the final reduction process. To achieve the desired levels of precision Smith approached Raku solely as a ceramic technique, removing it entirely from its historic traditions. [6]

Smith was interested in ancient Greek red- and black-figure pottery, often characterised by their pictorial narrative description around the circumference of a pot. [7] Smith has distilled the idea of pictorial story-telling down into a visual narrative of white ribbons moving around the pot. [8] Through this, the vessel urges movement from the viewer to observe the journey, activating the space around it.

However, Smith’s decoration confuses the suggestion of space and movement. At each juncture, the white ribbon behaves differently across the surface of the vessel: occasionally it is refracted by the central hip, breaking off at a different angle, in other instances it appears to travel on unaffected. Sometimes the ribbon bounces off the limits of the rim or the base, at other times it sails straight past it into an imaginary space, only to return to the plane further along. Where the ribbon bounces, it shows how the glaze was masked and sprayed so precisely to produce a result that appears to overlap, adding depth to the two-dimensional plane.

Unlike the other Martin Smith Raku bowls in the collection, this bowl features a glossy glaze on the interior of the vessel. In contrast with the earthy matte-ness of the rest of the vessel, this adds a lustrous depth and the bowl’s reflective interior appears as if full of light, alluding that the white ribbon pattern is in fact dancing, refracted beams of light.

These late 1970s Raku bowls also make early reference to key preoccupations with the Vessel, examining the sense and capacity of containment. The Raku bowls have an obvious and recognisable vessel form that the viewer may associate with the utility and stability of functional domestic wares.

However, at the base of the bowl, Smith begins to challenge the viewer’s preconceptions. [9] The slightness of the slope to the base, in contrast with the sharp thrust at the hip of the vessel, blurs the demarcation of the walls and base. Contact with the supporting surface is hazy in the shadow of the bowl creating an uncertain relationship between the vessel and the surface it sits upon. This uneasiness subverts its ‘vessel-ness’ and forces the viewer to look again. 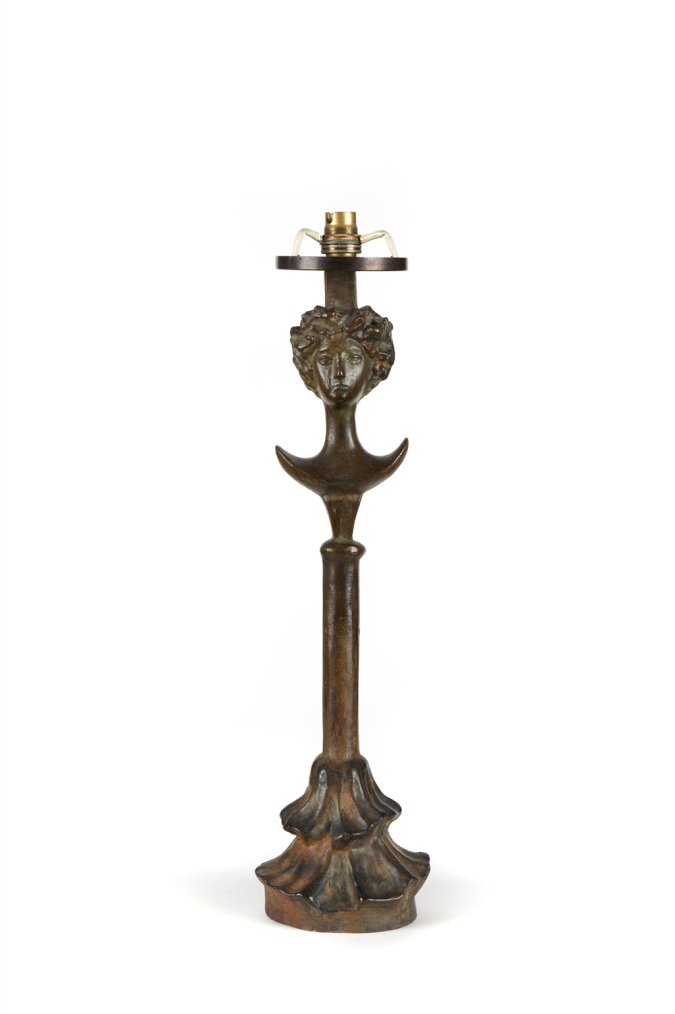 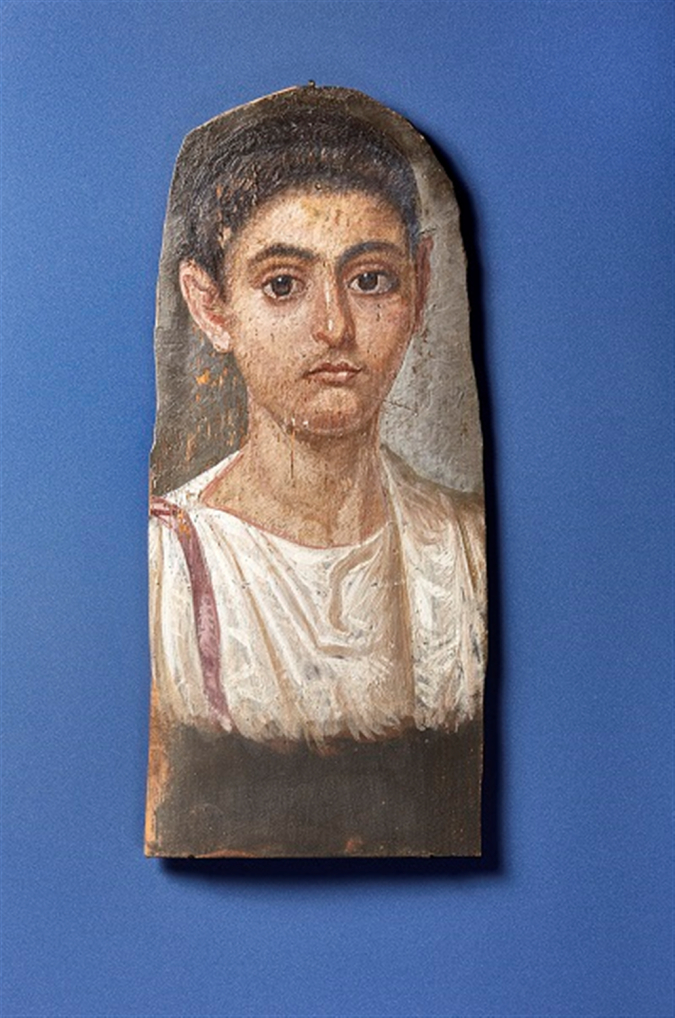 Portrait of a boy, removed from his embalmed body 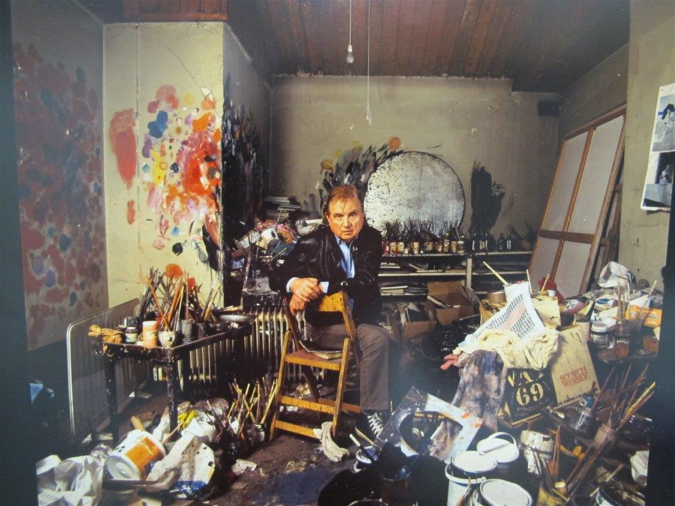 Photograph of Francis Bacon in his studio 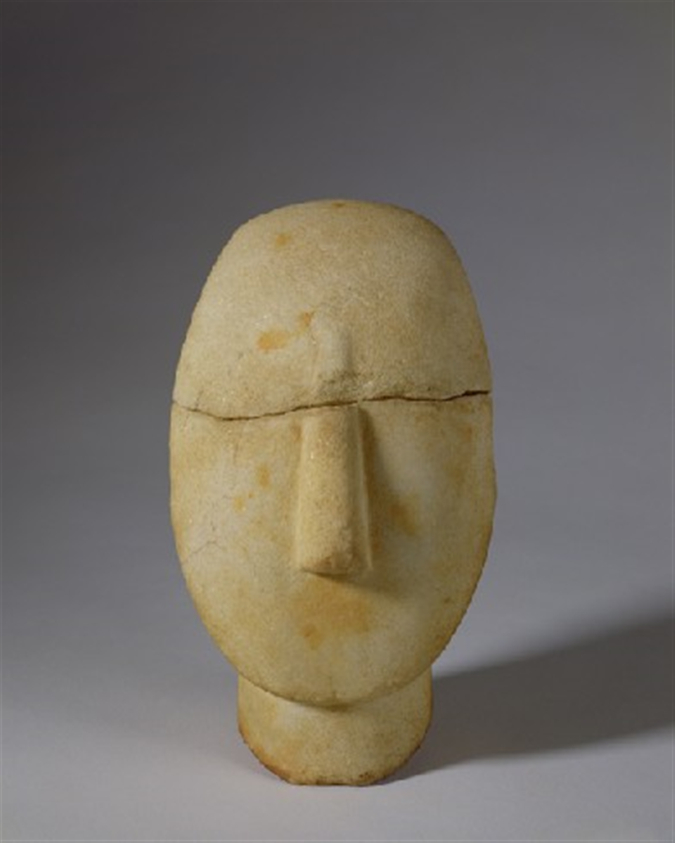