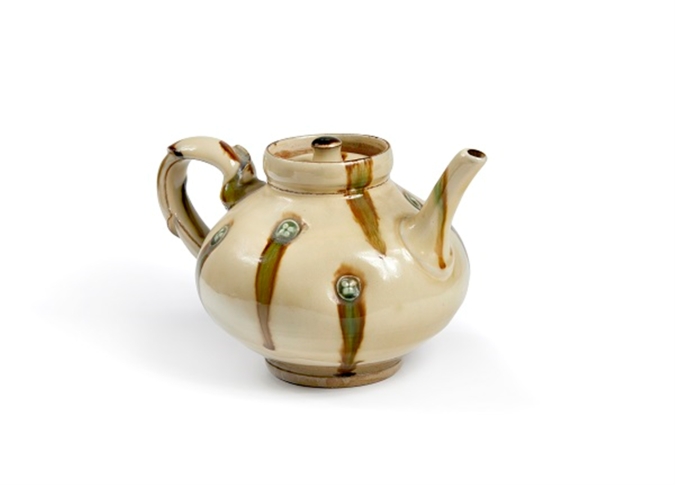 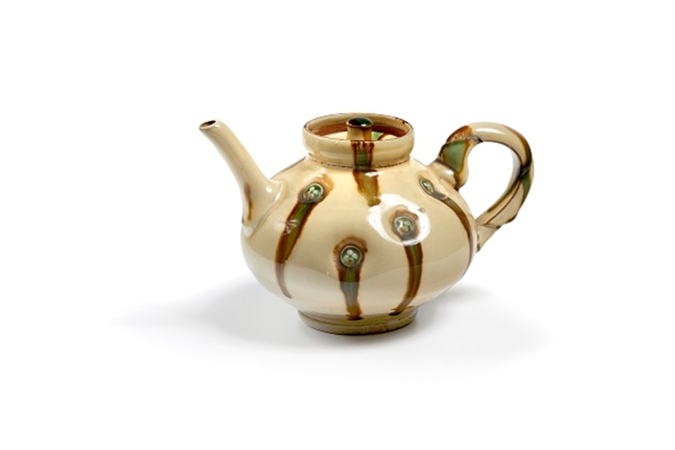 The teapot is an instantly recognisable ceramic form. It is the perfect vehicle to communicate the power of the ceramic object as it represents ritual, functionality and artistic expression. Takeshi Yasuda’s teapot engages with historic Japanese and Chinese decoration and glaze techniques. It is part of a series of work by Yasuda known as San Cai (see also 50781), so named due to his use of green, brown, and cream glazes that reference the three colour or sancai lead-glazed ceramics of the late 7th and early 8th century Chinese Tang dynasty. [1]

In keeping with sancai ware, Yasuda uses a cream glaze body however, he applies the brown and green glaze sparingly, to run and trail, accentuating the contours of the globular shaped body and the floral sprigged decoration.

Yasuda developed his San Cai as a result of having to use an electric kiln for the first time during a residency at Cleveland Craft Centre, Middlesbrough (1984-1986). Due to the constraints of an electric kiln, Yasuda created and applied multiple tones of the same colour glaze to produce the intensity and contrast of colours seen here and across his San Cai works. [2]

Takeshi Yasuda was apprenticed at the Daisei-Gama Pottery in Mashiko, Japan and set up his first studio there from 1963 to 1966. He moved to England in 1973 with a desire to create a different type of work from the ash-glazed wood-fired production ware he was making in Japan. The Sainsbury Centre Collection also includes Yasuda’s porcelain work made in the 2000s (see 50783, 50784 and 50785). 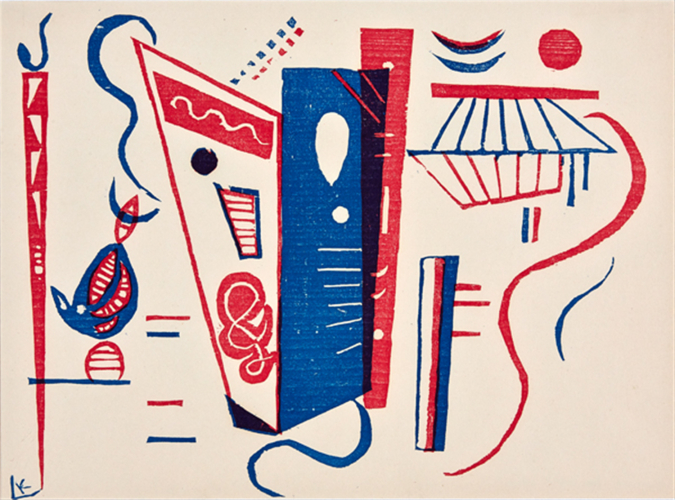 Woodcut in Red and Blue 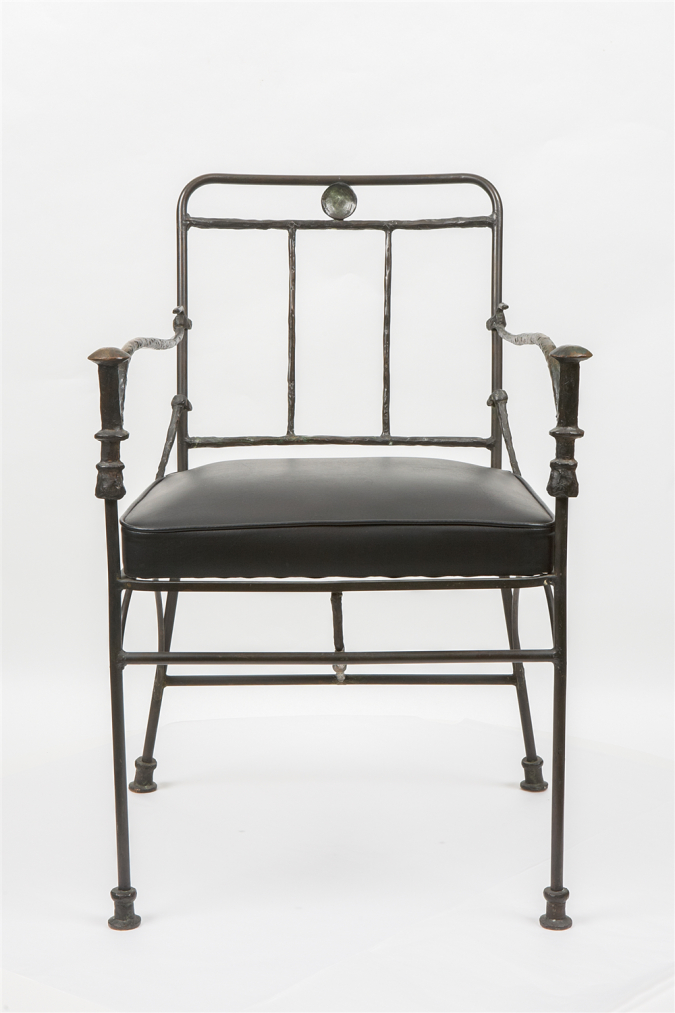