The Mirage sculptures were conceived when Frink had relocated to the south of France near Corbès. She had purchased a collection of rambling old farm buildings known as, Le village. The Mirage sculptures were inspired by the landscape and bird-life of the south of France and specifically heat hazes she saw by the Mediterranean at the Phare de l’Espiguette. This was a vast stretch of sand south of Port-Camargue. Also, by the flamingos she saw wading near the historical landmark Aigues-Mortes, also in the Carmague. ‘You get these extraordinary heat hazes and you see these creatures which seem to be sort of birds, or it could be a person, or a tree. Any of those make this extraordinary stalking shape that shimmers across’.[1] ‘In the very hot weather, flamingos in the distance used to assume these strange, talking shapes, floating, broken up by the distance. I was trying to do something which was part bird, part talking beast, but not entirely either’. [2] ‘That’s what gave me the original idea. Just sitting there, watching them. And it’s fascinating to see what will emerge. You’d just look up and sometimes it was a man on a horse, or it was a bird, one of those long egrets. Or one of those umbrella pines, distorted. It seemed to have legs’. [3]

The Mirage series were the final form of Frink’s exploration of abstracted walking bird forms. She has been making menacing predatory bird forms since the early 1950s. In this instance, they are sufficiently bird-like to make them recognizable as such with their long legs reminiscent of wading birds. Evil looking pair of wire cutters was how the critic and novelist Edward Mullins described them.[4] But in contrast to the earlier bird-forms, the headless Mirage birds are also noticeably more playful with a contemporary pop art aesthetic – they are quirky the cartoon-like ‘cloud’ forms on long lanky legs. There are impressions of water ripples cast into the bronze base as if the bird is wading through muddy water. These were the largest of her Mirage series, originally cast in aluminum and then in bronze. Appropriate to Frink’s original inspiration, Mirage I and II are placed outdoors in the campus sculpture park, next to the broad. Frink noted her preference for the distance between the two birds for display. From the back edge of the front Mirage, to the front edge of the rear sculpture is exactly 56 inches (142 cm). They were made in 1969 in an edition of 6. They were the result of an open commission by Lord McAlpine.

Elisabeth Frink (1930- 1993 is one of the most important British sculptors of the twentieth century. Her expressionist sculptures address some of the more fundamental questions concerning aspects of human behaviour such as aggression and vulnerability. Known for both human and animal forms, she was also fascinated by the symbiotic relationship between humans them. Frink made hundreds of sculptures, virtually single-handed (rarely used assistants) she worked tirelessly at her craft. She was born in Great Thurlow in Suffolk and spent her formative years in war-time East Anglia. She studied at the Guildford School of Art (1946–49) and at the Chelsea School of Art (1949–53) and remained resolutely an expressionist figurative artist against the prevailing trends of her time. She died prematurely in 1993 at the young age of 62 and was widely admired in her lifetime, a Royal Academician, a Dame and a Companion of Honour.

Credit Line: Provided to the Sainsbury Centre in accordance with the wishes of the artist’s late son, Lin Jammet 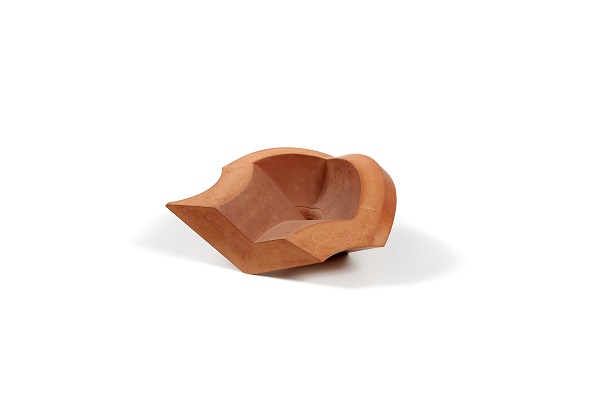 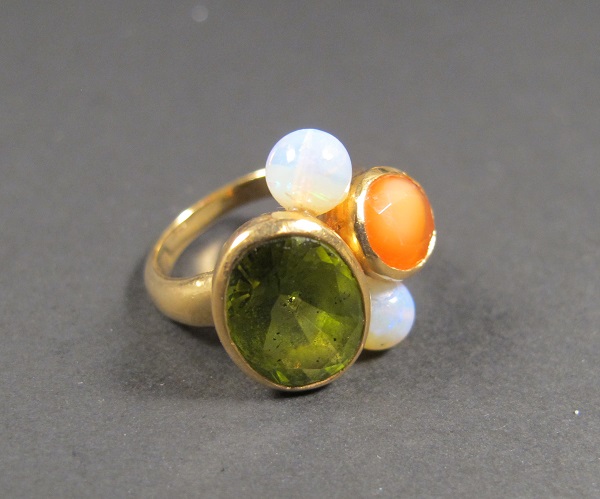 A Copse and a Cottage