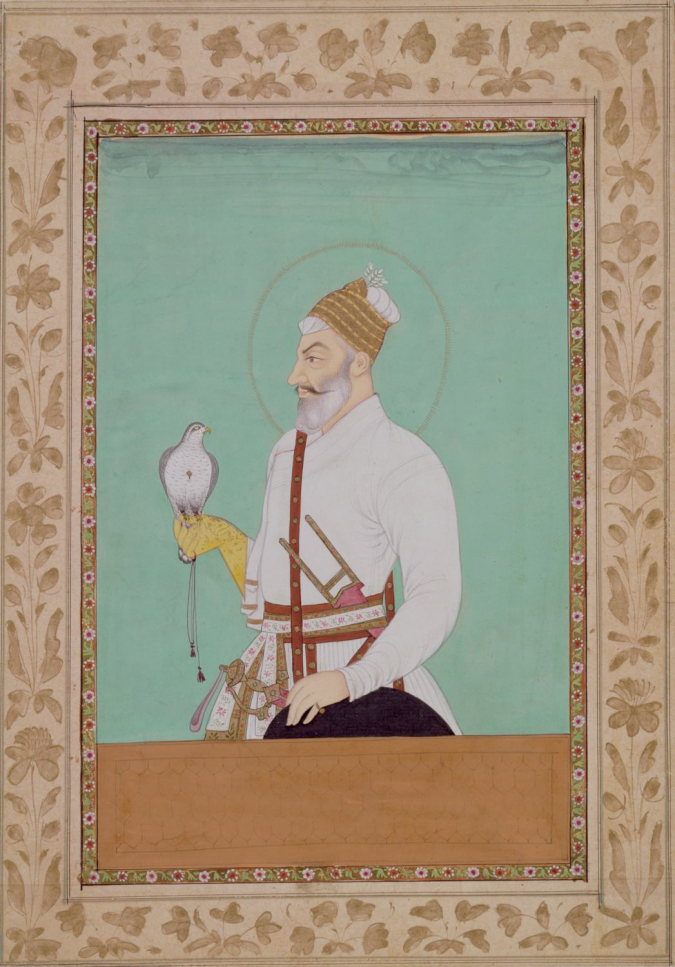 Golconda was ruled by the Qutb Shahs, 1528-1687. From its foundation the legendary fort at Golconda was trading with Persia both via Goan ports and by overland camel trains. The Qutb Shahs traded iron, cotton and the much sought after kalamkari hand-painted cloth for which the area still remains famous. When diamonds were discovered at the Golconda mines in the 17th century these were also traded and the court became very wealthy. This is reflected in the extensive use of gold for painting and in the jewellery worn by the figures in the paintings. Most subjects were Hindus but the Muslim sultans showed complete religious tolerance so their paintings reflect all aspects of Persian and Hindu art.

This imaginary portrait was done well after Sultan Jamshid had died. This is evident from his halo which was not used to denote kings or rulers in portraits until the mid 17th century. Jamshid Shah’s father Sultan Quli Qutb Shah was the first of the dynasty and lived to be over ninety years old. Rumour has it that his son Jamshid became so impatient to become ruler that he had his father stabbed to death while he was at prayer in the mosque! Here the innocent-looking Jamshid is painted in typical Mughal portrait style, standing behind a balcony, and posed with his falcon. The pale green background, the fine brushwork and the Sultan’s dress are all typically Mughal. He wears a white jama with a Golconda-style gold brocade turban. He is wearing the katar, tucked into a gold brocaded waist sash, and sword and shield.

Donated to the Sainsbury Centre, University of East Anglia in 1973 as part of the origional gift. 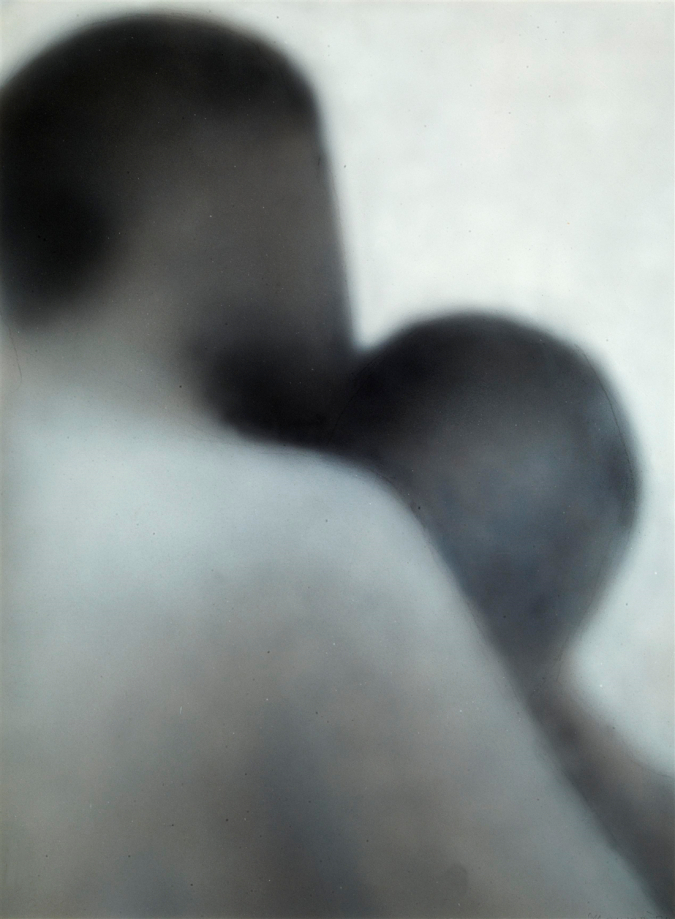 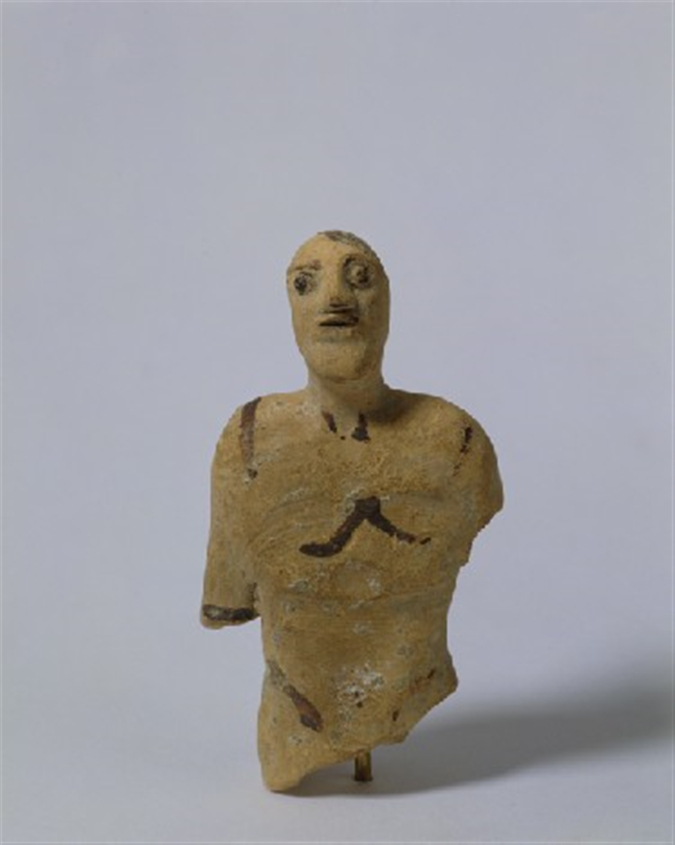 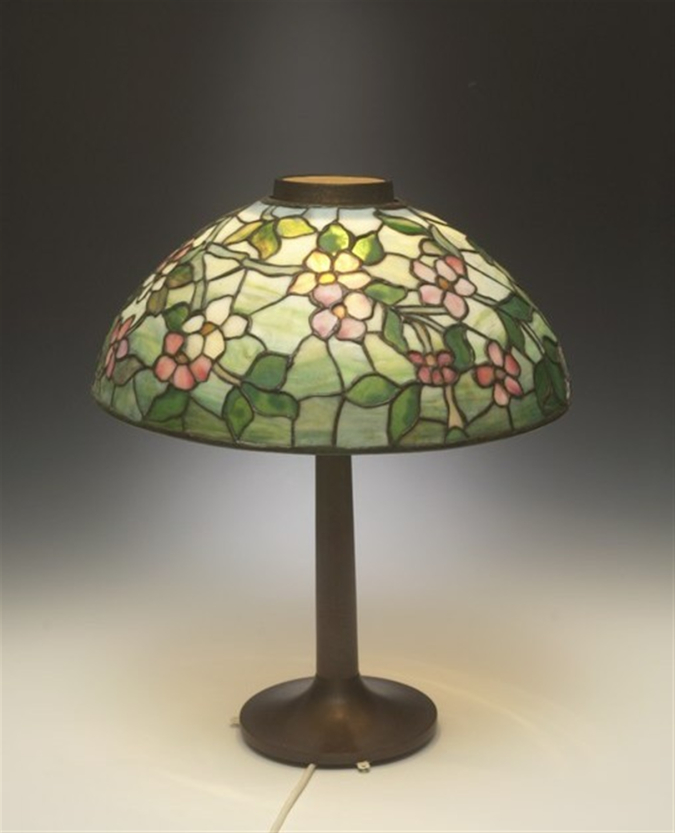 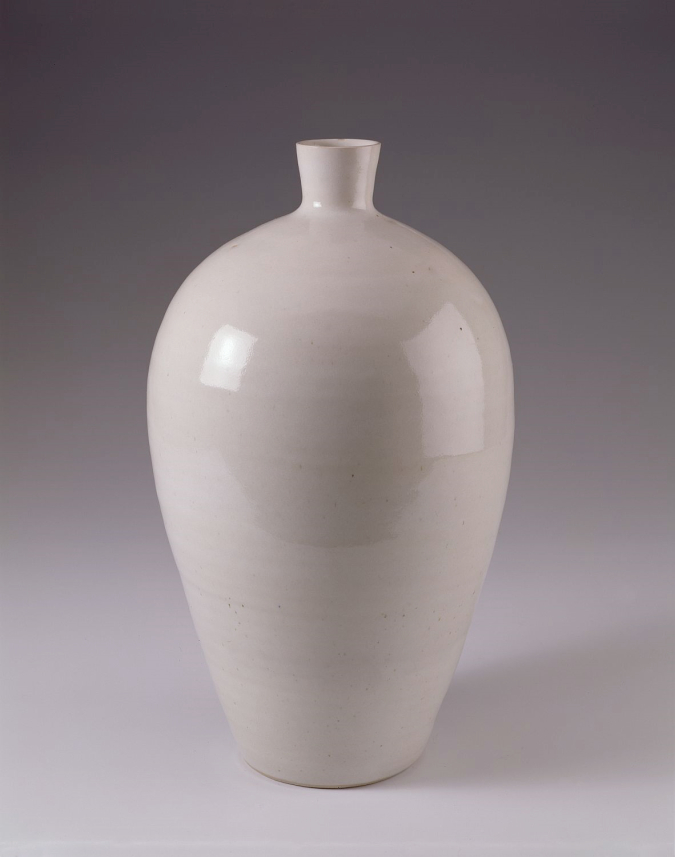