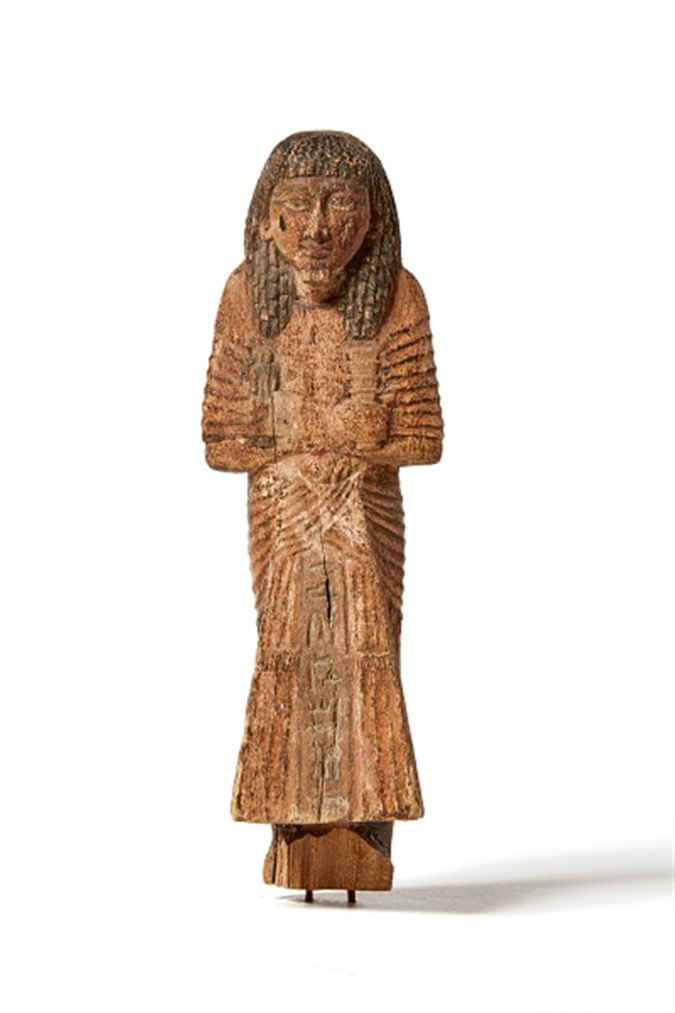 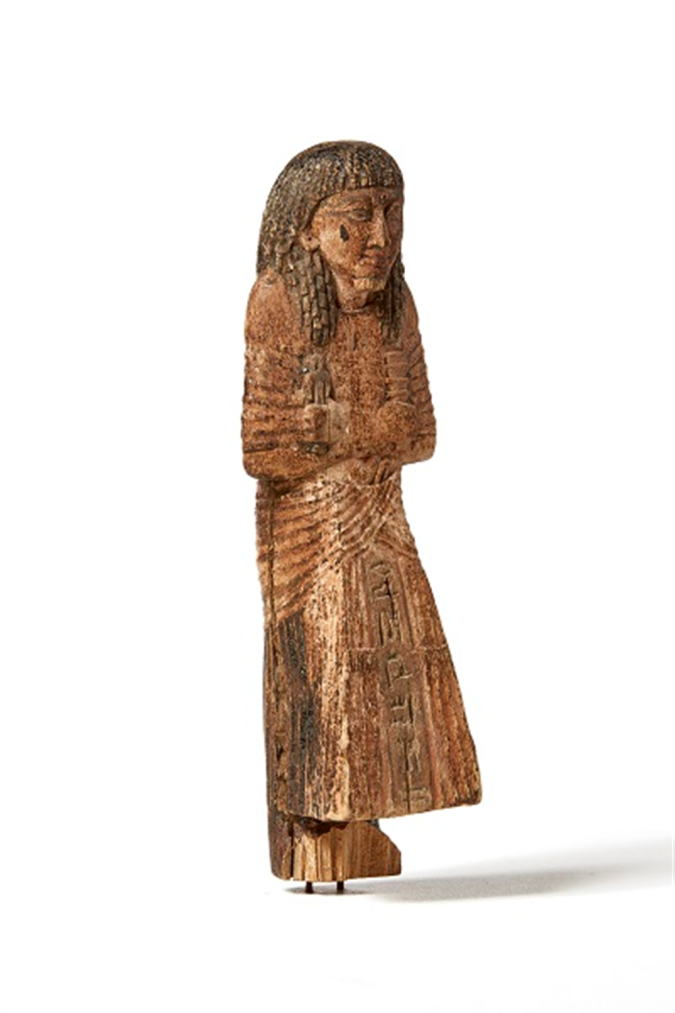 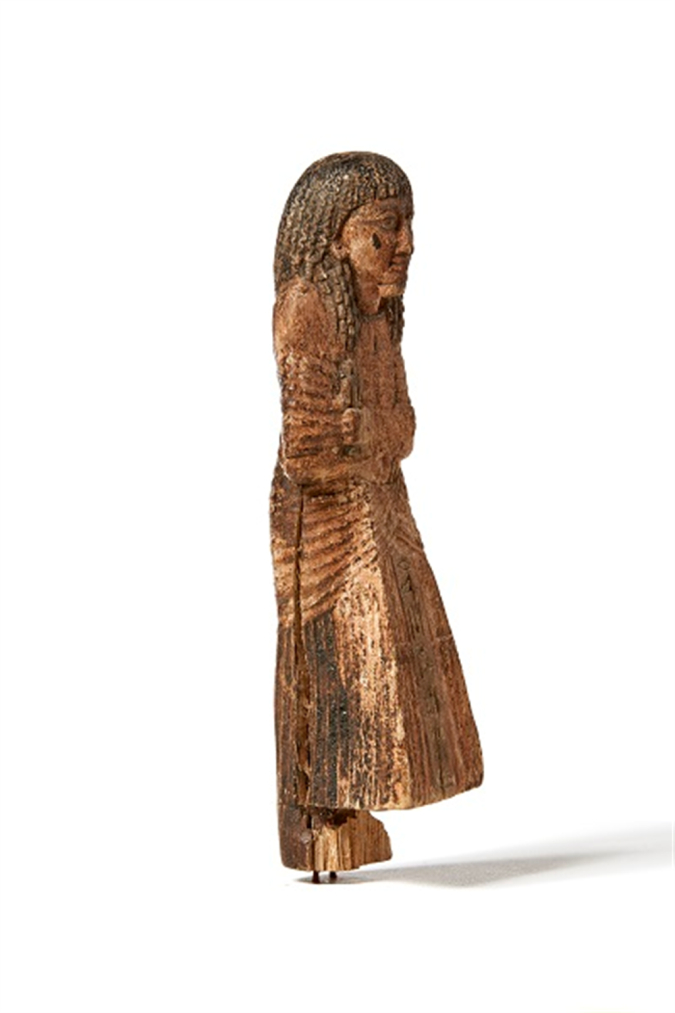 Statuette (shawabti) of the scribe Amenmose

Shawalti figures were standard items of funerary equipment in all but the very poorest burials from Dynasty XVIII (c. 1400 BC) onwards (see nos. 266-7), and occur sporadically even before. Many thousands of examples survive, and their main function was to undertake menial tasks for the owner, whose name and titles they generally bore, in the next world. Kings, queens and other royalties were furnished with them, since their exalted rank was no guarantee that they would not be obliged to plough, sow and reap in laru, the Egyptian equivalent of the Elysian Fields. The standard work on shawabtis is that of Schneider (1977), which provides, with Aubert and Aubert (1974), an extensive guide to the literature on the subject. For additions to the bibliography see Chappaz (1984: 4-5).

This figure, wearing the dress of daily life, stands with feet together. A curled tripartite wig with lappets falls over the clavicles. The shawabti is provided with a short beard, pleated garment and long kilt secured by a wide pleated sash with one fringed end falling in front. He holds in his left hand crossed on his right breast a djet-amulet, a symbolic knot associated with the goddess Isis. In his right hand on his left breast he holds a djed-amulet, signifying ‘stability’. Down the front of his kilt are incised vertically his name and titles: ‘The Osiris, the scribe of divine offerings Amenmose, true of voice’.

Shawabti figures made of wood and coated with black resin were particularly in favour in Dynasty XIX. Many such examples were recovered from the tomb of Sethos 1 in the Valley of the Kings at Thebes. The statuette was originally covered with lustrous black resin which has largely disappeared. The feet are missing.

Purchased by the Sainsbury Centre, University of East Anglia from Mathias Komor, New York, in 1975 out of funds provided by Robert and Lisa Sainsbury.

Inscription: 'The Osiris, the scribe of divine offerings Amenmose, true of voice'

Credit Line: Purchased with support from Robert and Lisa Sainsbury, 1975 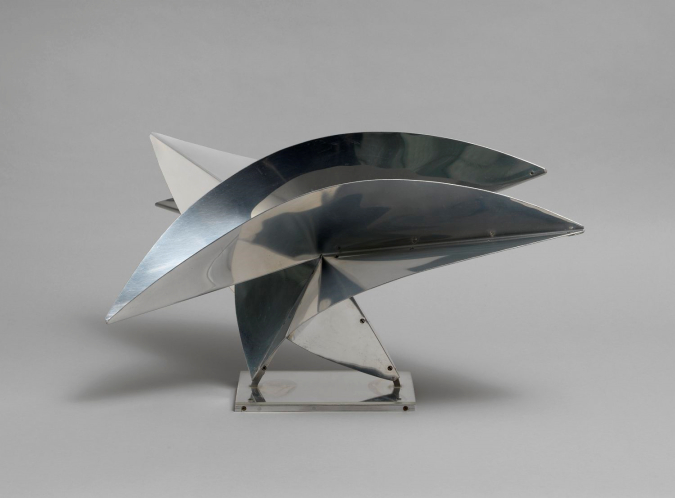 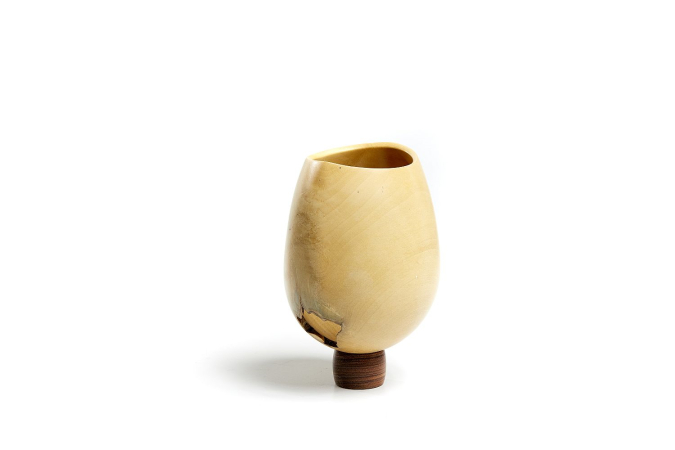