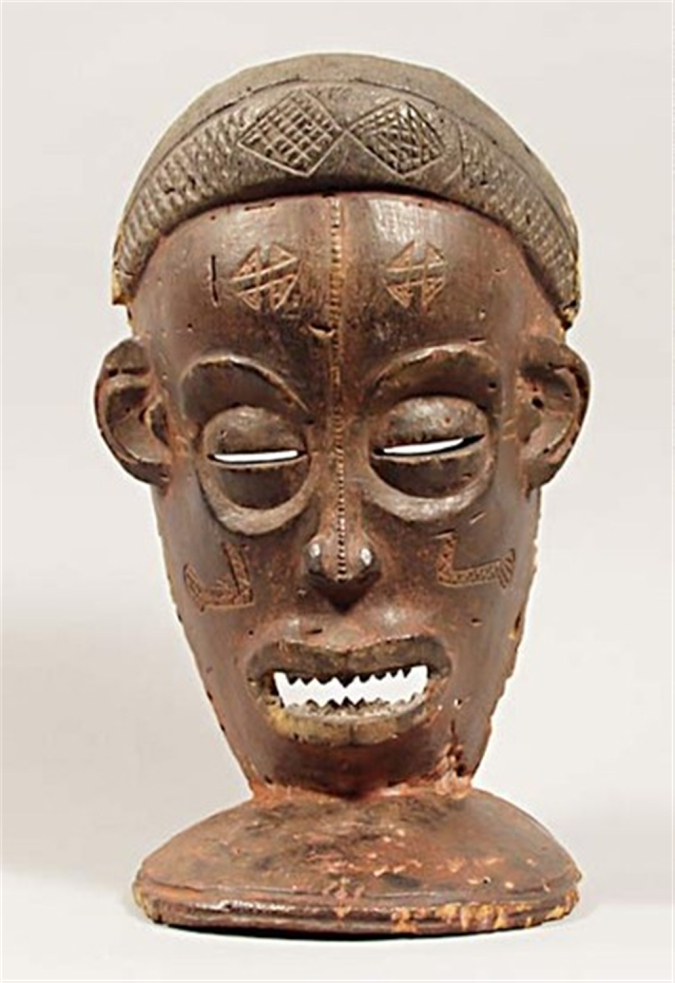 Jokwe masks are usually made of barkcloth or resin and barkcloth on a lightweight basketwork frame. This method of construction gives scope for towering head-dresses, projecting side pieces and sometimes entire bodies. Masks with wooden faces incorporated into a head-covering of net or barkcloth are also made; this example is one of this type. Where the mask covers the head alone, a leotard (civuvu) often coloured in bands and triangles of black, brown, red and natural cream completes the ensemble.

This mask, mukishi wa cihongo, symbolises wealth. It is sometimes worn by the chief himself, more often by the chief’s son, but always by a good dancer (Bastin, 1961: II: 376-7, pls. 242-3). Cihongo embodies the male spirit, and partners the maiden mask pwo in dances held on the return of initiates from the bush or on other important occasions. It is used in many festivals to summon the spirit of strength.

Old cihongo masks were made in resin or resin and barkcloth; nowadays they are made of wood or painted barkcloth on a frame. The holes around the upper edge are for a fan-like head-dress made of light wood or leaves or feathers, perhaps enhanced with trade cloths, and bordered by the cross-hatched browband. The face is coloured red with a paint made of red earth heated with oil; the black and white contrast comes from the pyrogravure and kaolin. The incised marks (masoji ‘tears’) below the eyes and the Maltese cross (cingelyengelye) are characteristic of Jokwe wood masks. The cross is in fact the symbol of the Order of Christ of Portugal, founded in 1319; its appearance on Jokwe masks is an instance of cultural borrowing, and tends not to occur on those from the eastern Jokwe.

Purchased by the Sainsbury Centre, University of East Anglia from Alan Brandt, New York in 1975 out of funds provided by Robert and Lisa Sainsbury.

Credit Line: Purchased with support from Robert and Lisa Sainsbury, 1975 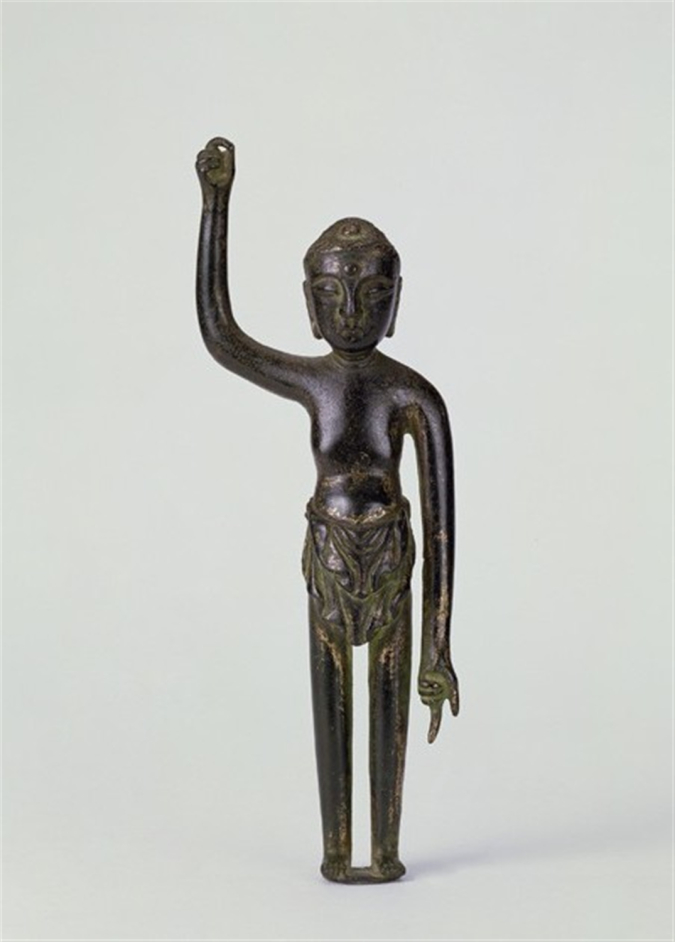 Figure of the infant Buddha 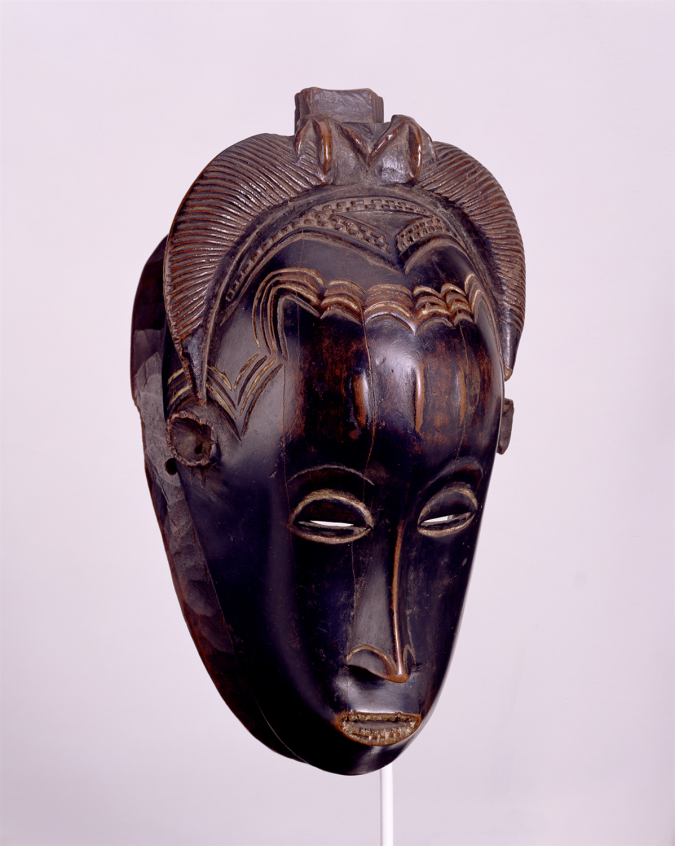 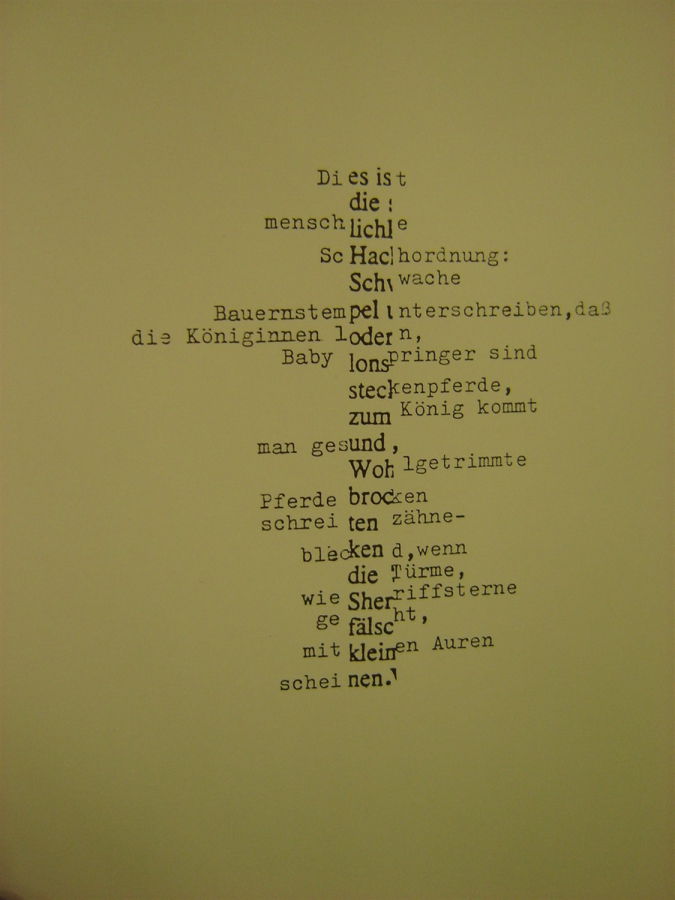 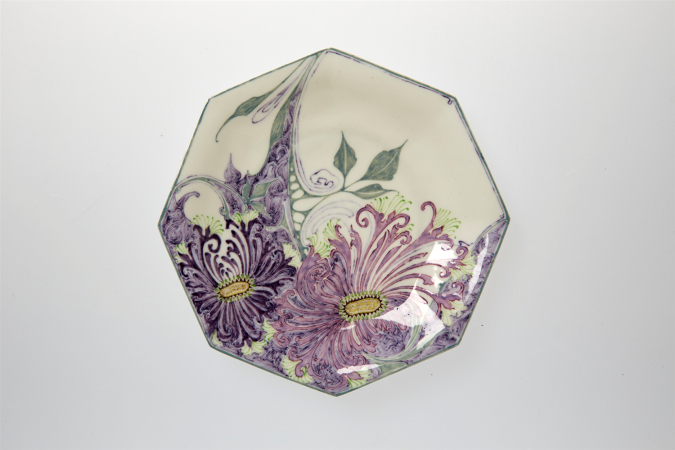