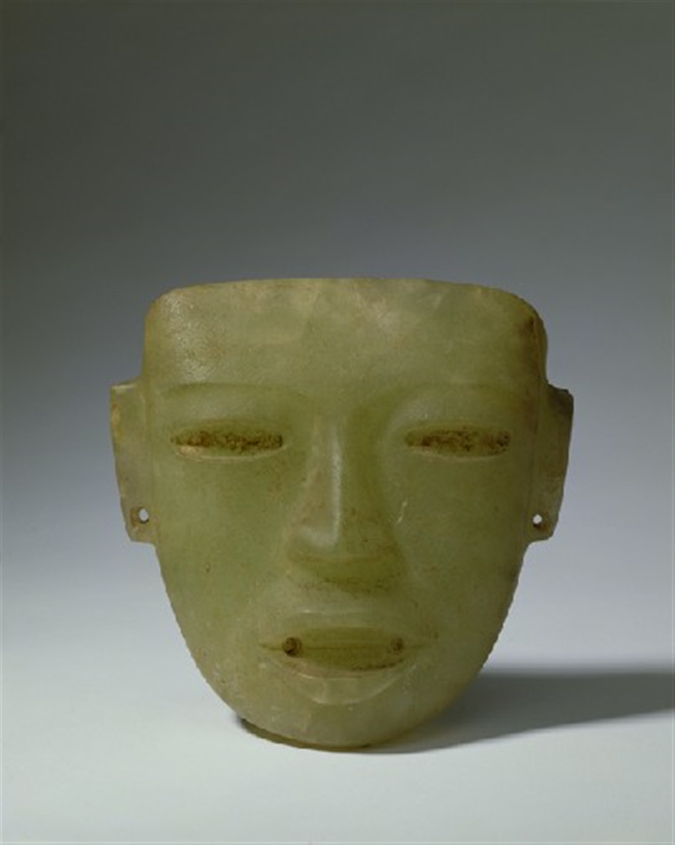 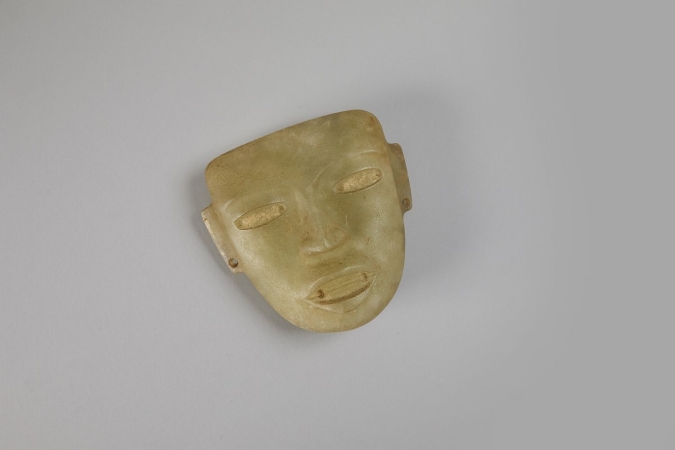 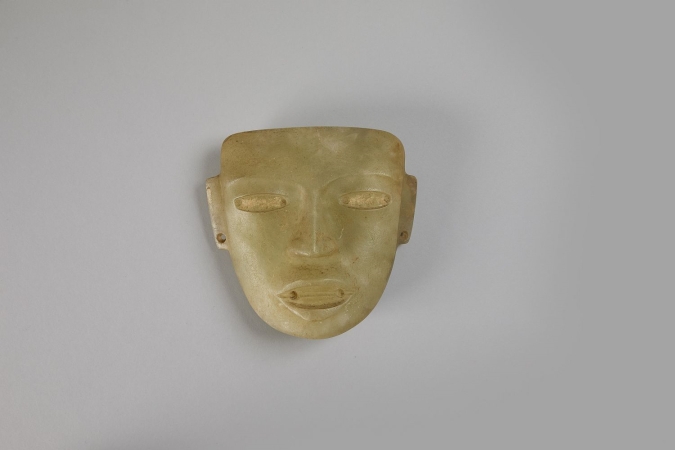 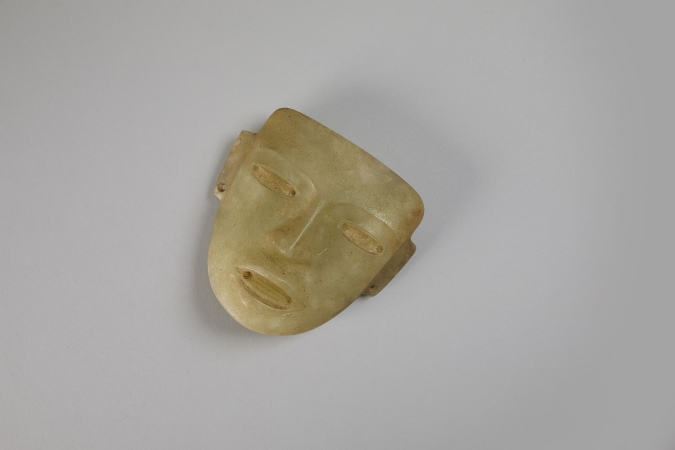 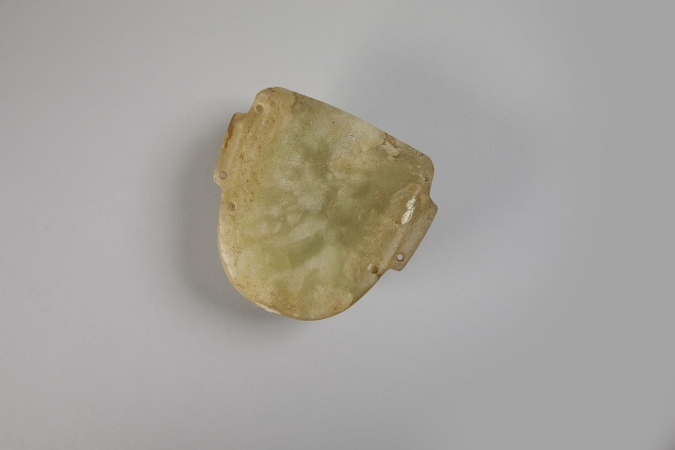 Face plaques made of semi-precious stones are among the most striking objects from the Teotihuacan culture (based on the city of that name). Several hundred examples are known, and they demonstrate a remarkable consistency of form: they are usually wider than they are tall, with the top finished by a straight horizontal cut across the forehead, and the eyes and mouth rendered on nearly parallel lines below this.

The precise contexts in which these face plaques were used, however, is unclear. Although it has long been considered that they were used in burials, none have been found in such a context. It is unlikely that they were ever worn, as the eyes are not perforated and they are quite heavy (the backs are not hollowed to any great degree). The three that have been excavated under controlled conditions have been found in rooms and corridors in administrative and temple buildings along the Street of the Dead (Berrin and Pasztory, 1993:184). Pasztory has suggested that they may have been attached to an armature of perishable materials, and when ‘dressed’ with costume elements may have resembled the large stone figures. The present example has pierced ear lobes and two pairs of bi-conical drill holes (above and below each ear) which could have been used to suspend or strap the piece to such an armature.

Numerous Teotihuacan-style objects were included as offerings in the Aztec Tempio Mayor at Tenochtitlan (see object 623a), including several stone face plaques (Berrin and Pasztory, 1993: 277, no. 185; Matos Moctezuma and Lopez Lujan, 1993; Nagao, 1985, 52, 92, n. 33). The Aztecs held Teotihuacan in great esteem, and as recent arrivals to the Basin of Mexico, they may have had an interest in appropriating a grand past, a past that was not their own. Teotihuacan-style face plaques from Tempio Mayor and Teotihuacan include shell and stone inlays for the eyes and teeth, lending a life-like quality to the sculptures. Drilled holes in the corners of the eyes and mouth of the present example may be a means to secure such inlays. Traces of stucco behind the right ear and under the chin may also indicate that portions of the face were once painted (see also Berrin and Pasztory, 1993: nos. 35, 38). The back is slightly concave.

Purchased by the Sainsbury Centre, University of East Anglia from John A. Stokes Jnr., New York in 1976 out of funds provided by Robert and Lisa Sainsbury.

Credit Line: Purchased with support from Robert and Lisa Sainsbury, 1976 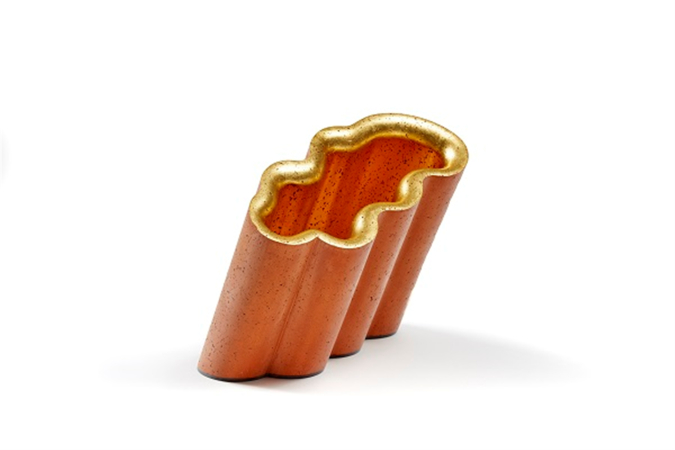 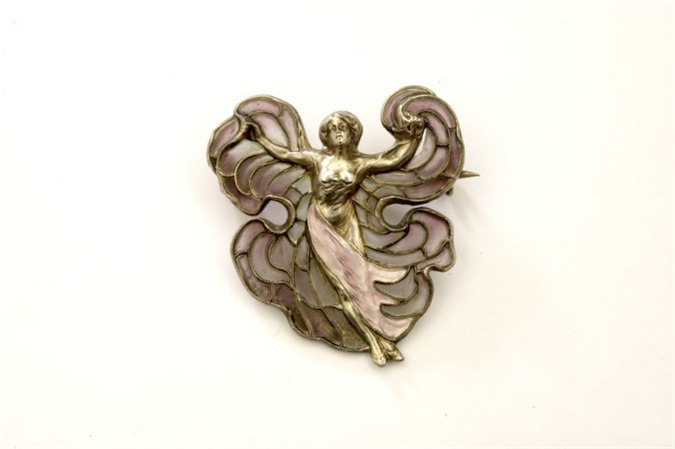 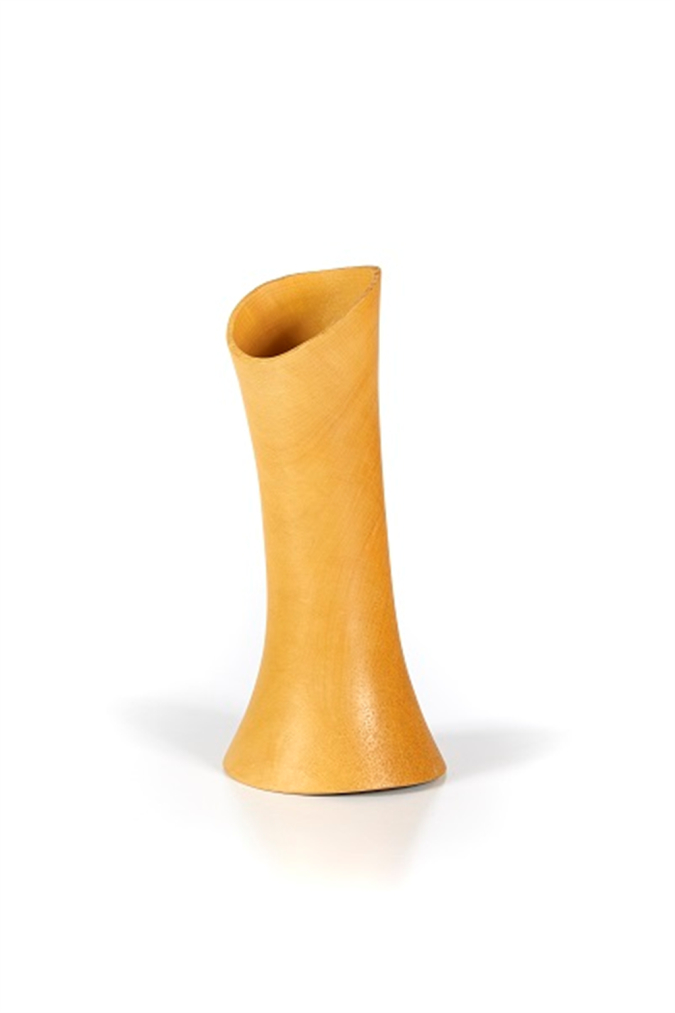