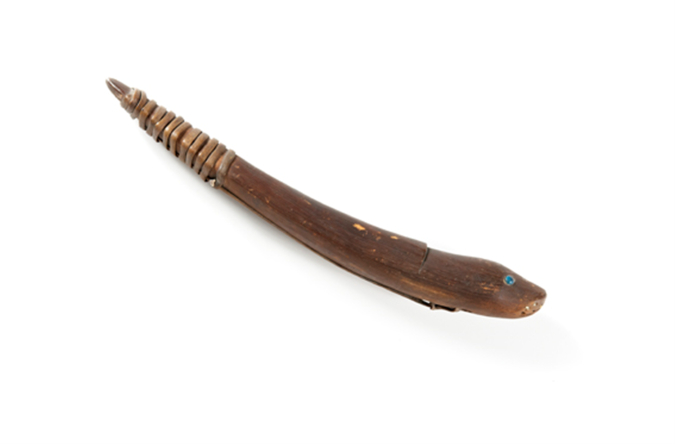 Wound plug as a seal

Nelson (1899: 130-31) describes the use of wound plugs such as this in the following manner: ‘During the winter and late in the fall seals are usually fat enough to float when killed in the water, but in spring, and sometimes at other seasons, they are so thin that they sink and the hunter loses them. To ensure their floating while being towed, it is a common practice to make slits in the skin at various points and, with a long pointed instrument of deerhorn, to loosen the blubber from the muscle for a space of a foot or more in diameter. Then, by use of a hollow tube, made from the wing-bone of a bird or from other material, air is blown in and the place inflated; wooden plugs are then inserted in the slits and driven in tightly to prevent the air from escaping. By the aid of several such inflated spots the seal is floated and the danger of losing it is avoided.’

A very similar example was collected by Bruce in 1892/3 at Port Clarence (VanStone, 1976: 75). with a set of four smaller plain plugs hanging from the thong. This example has five holes on each cheek with remains of fur ‘whiskers’. The eyes are blue beads set in bone surrounds.

Purchased by the Sainsbury Centre, University of East Anglia from Arbutus Limited on the advice of Robert Sainsbury in 1980 out of income from the Sainsbury Purchasing Fund.

Title/Description: Wound plug as a seal 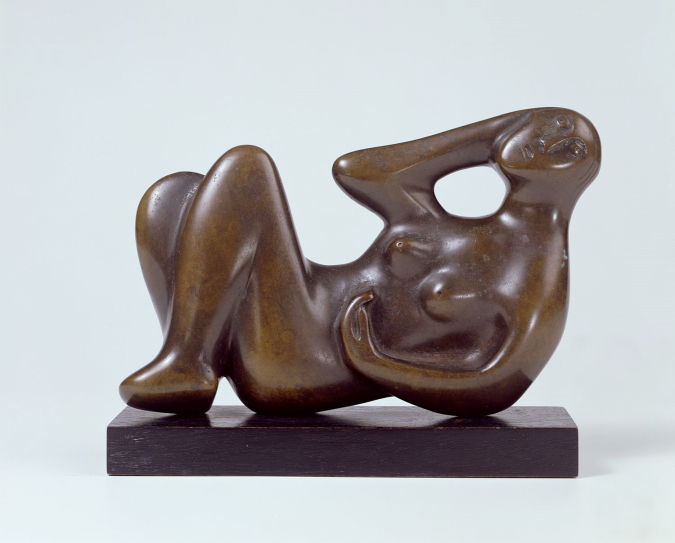 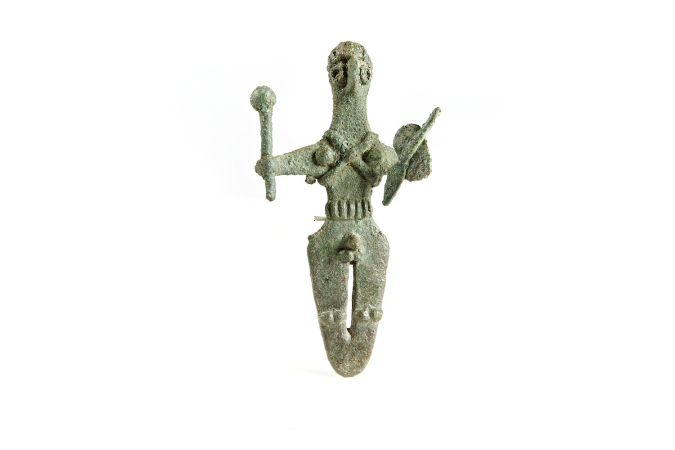 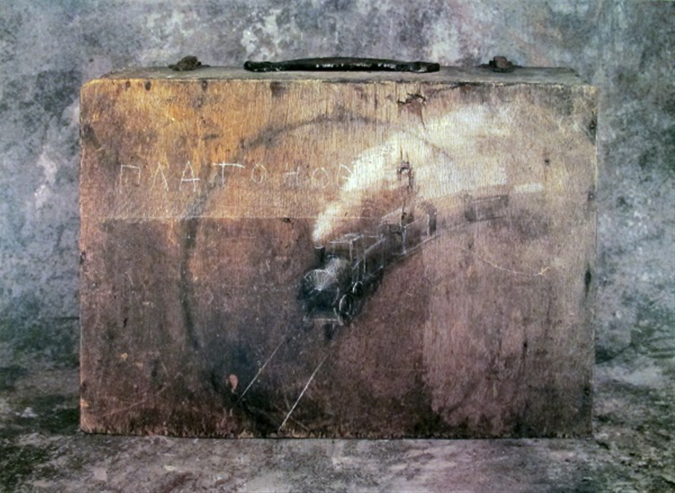