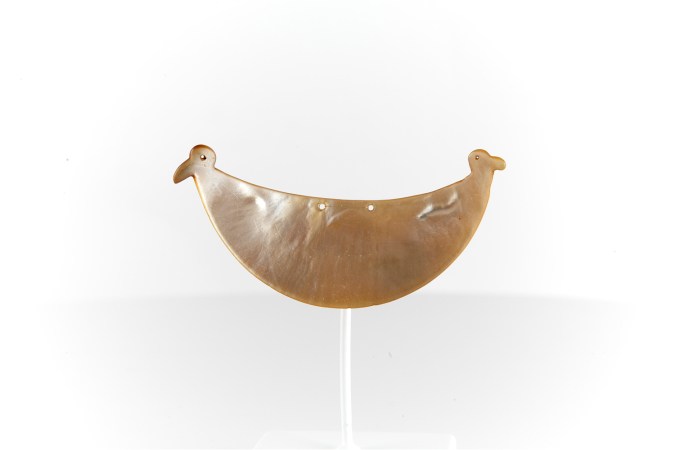 Crescent-shaped neck pendants of this type were made in the Malaita and San Cristobal area and were worn by men. Bird imagery occurs on this pendant as well as on another pendant, 755. Special ﬁshing expeditions for bonito were formerly an important part of male initiation rites (see Fox, 1925; Davenport, 1981). Ivens (1927: 393-5) noted that small pendants like this example were made from local black-lip pearl shell. 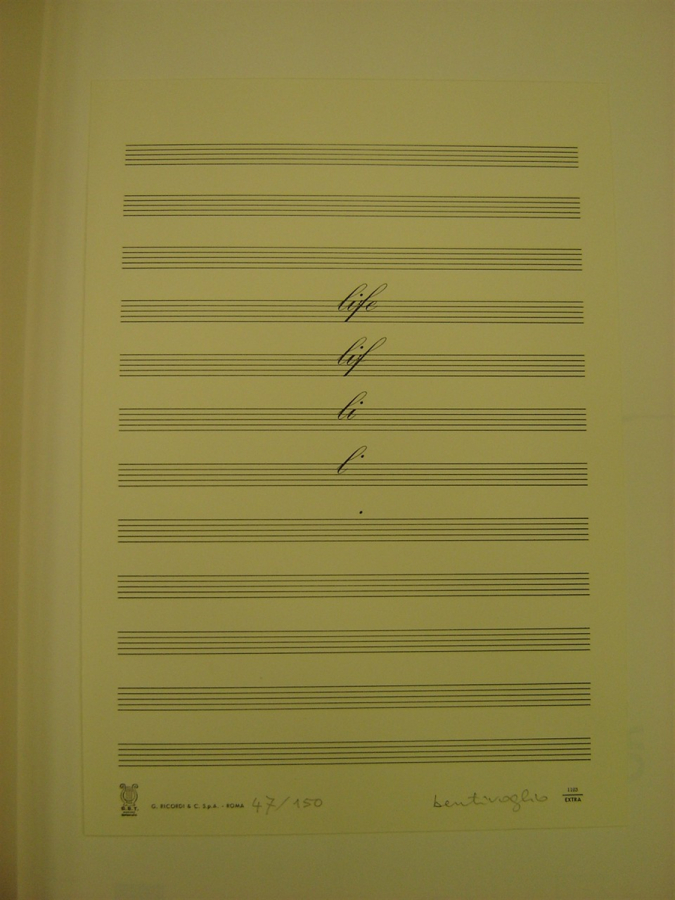 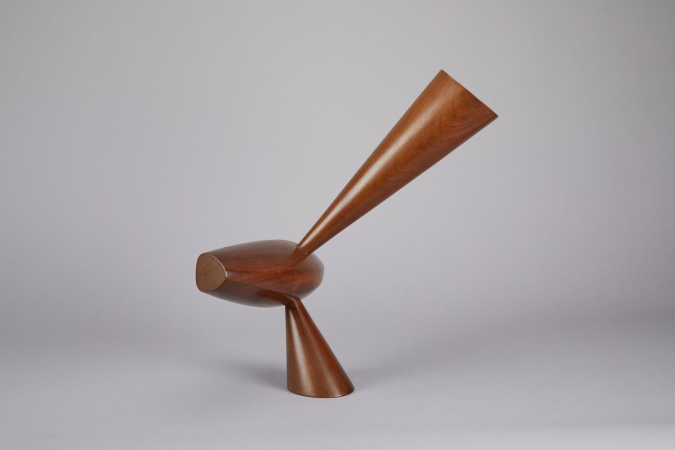 Round Basket with lid