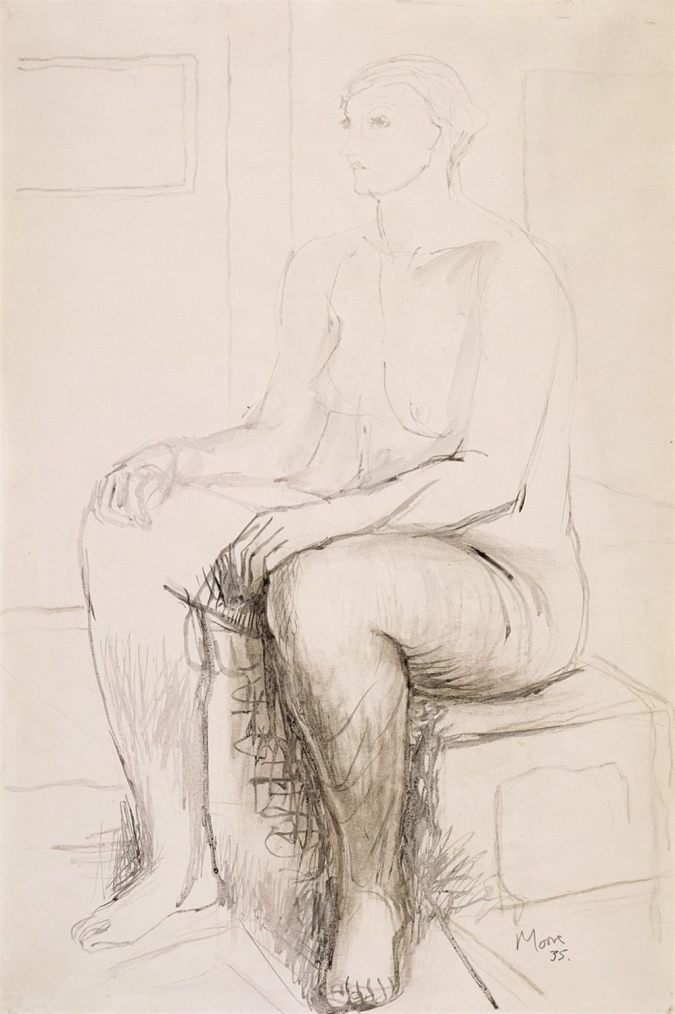 David Sylvester wrote that Moore ‘thinks from the ground up’. Moore taught his students to begin life drawings at the feet because ‘It was essential that the figure should be firmly grounded. For him, gravity comes first, and however much he may erode the mass, weight is his point of departure.’ [1] This is clear in the present drawing, which is more heavily worked and shaded around the feet and legs compared to the lightly sketched upper body and head. However, Moore manages to convey three-dimensionality even with his economical use of line – for example, in the delicately executed collarbones and breasts. He visibly reworked the drawing, as evidenced by the suggestion of an earlier hand that is much larger and lower than the hand that ultimately rests on Irina’s left knee.

The composition is notable for its low viewpoint, which is in line with the figure’s thighs and knees. Alan Wilkinson writes that this is a common attribute in Moore’s life drawings, ‘so that she looms up like a mountain whose summit is almost lost in the distance of the sky’. [2] Moore offered a pragmatic reason for his composition, and suggested that his small studio at the time dictated the close view of the figure. [3]

The study is of Moore’s wife Irina, who he married in 1929. Moore exaggerates the massiveness of Irina’s body, particularly in broadening her legs and hips. Moore made sculptural comparisons, saying his figures were ‘more sturdy and weighty, which has to do with one’s attitude towards stone’. [4] Furthermore, he cited the figures of Picasso and Cézanne, particularly in their Bather series, as influential on his representation of women. Sebastiano Barassi writes that Picasso’s Bathers were particularly influential on Moore’s drawings between 1922 and 1924. [5] Moore first noted Cézanne’s The Large Bathers (1900–6), now in the Philadelphia Museum of Art, in Paris in Auguste Pellerin’s collection in 1922, and later owned a smaller version, Three Bathers (c.1873–7), of which he made a sculptural version in 1978.

Purchased by Lisa Sainsbury as a gift for Robert Sainsbury before 1939.

Donated to the University of East Anglia in 1973 (Sainsbury Centre). 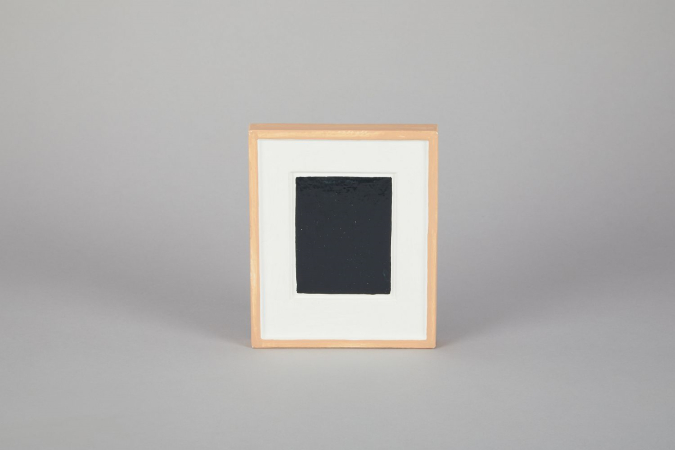 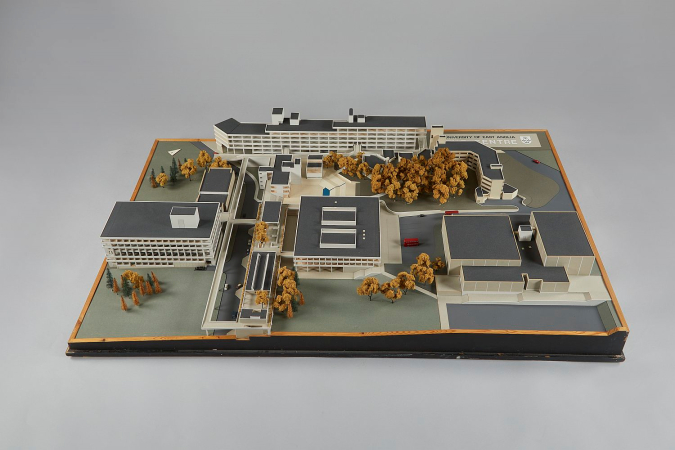 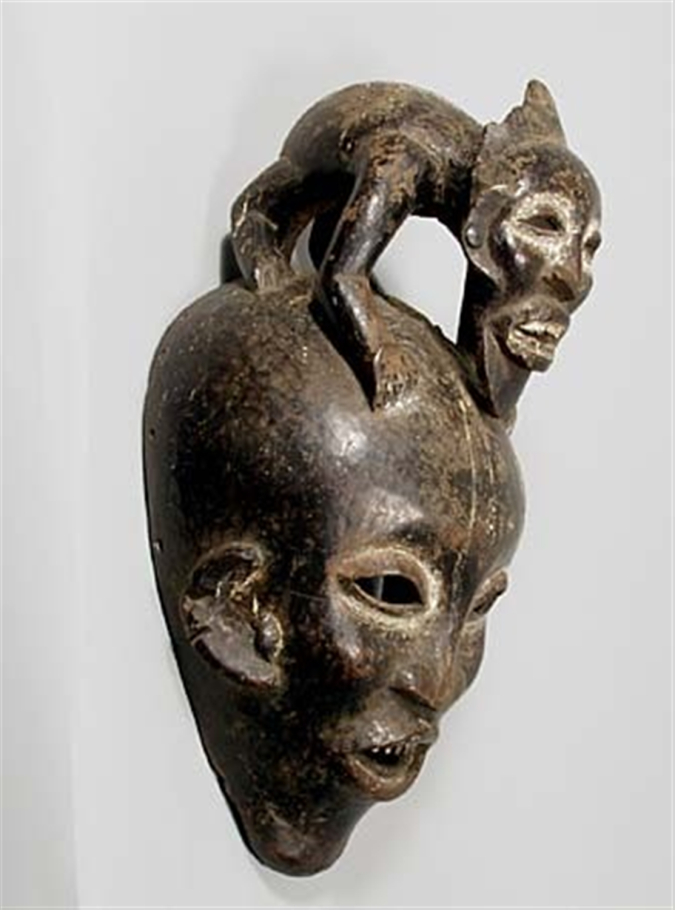 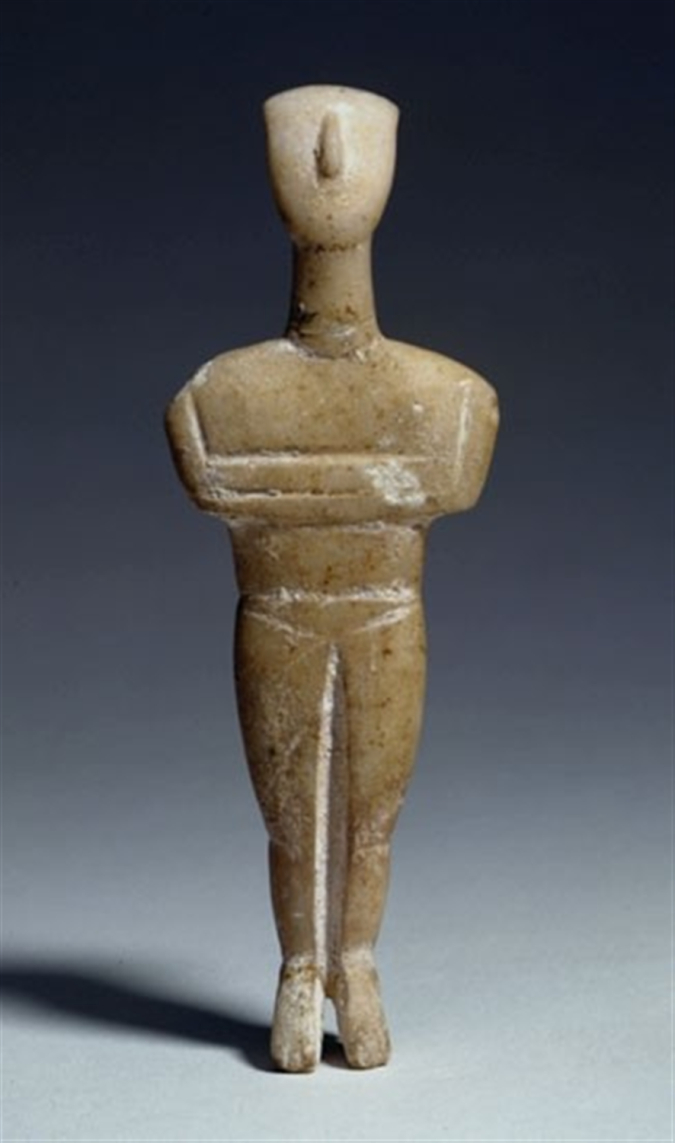