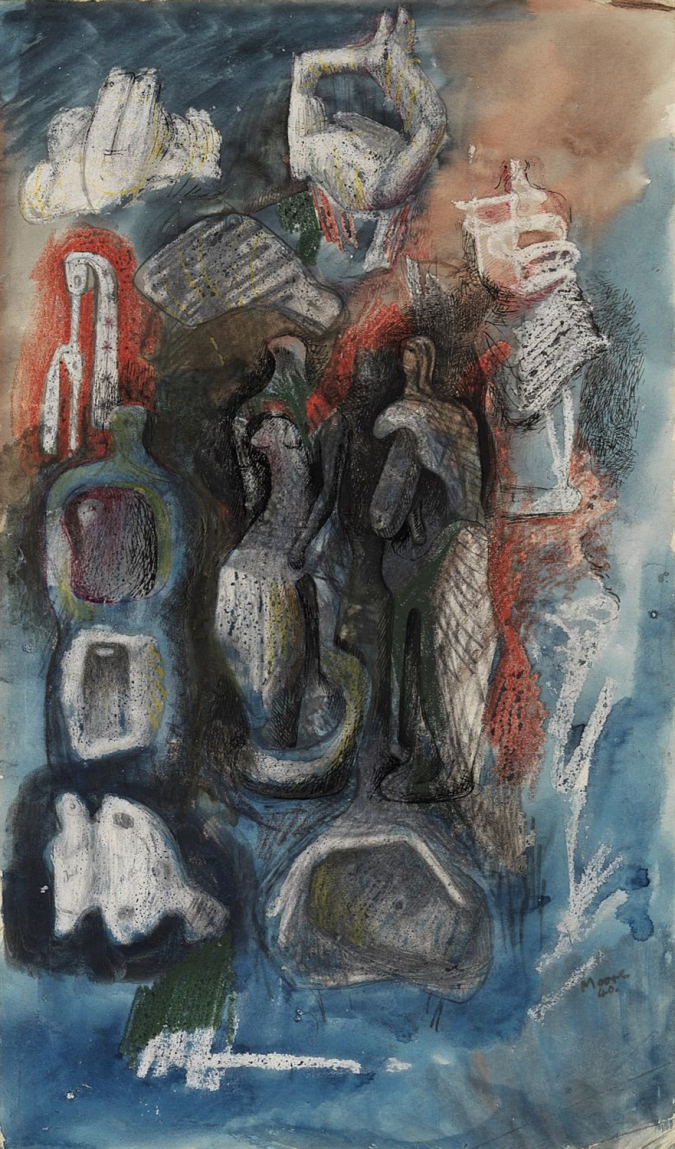 Drawings for Sculpture (Standing Figures) explores multiple sculptural forms on a single page. Moore was not working in sculpture at all at this time, as the Second World War had broken out and he could not access materials. Therefore his sculptural output had to remain speculative on paper. These figures do, however, foreshadow later sculptures. The two central figures perhaps resemble two of his Three Standing Figures in bronze of 1945, and then in Darley Dale stone in 1947–8. And the image at the centre top may suggest his earlier group of works titled Composition from 1931 and 1932.

The white wax crayon that marks out the sculptural forms is suggestive of the plaster of his originals, in its colour and its texture. However, the combination of bright blues, reds and greens is relatively unusual for Moore, even on paper. The materials of the wax crayons and watercolour enabled him to use bright colours in a way that he never did in his sculpture. In bronze he generally confined himself to traditional patinas, ranging from dark brown and deep reddish-brown to the golden unpatinated bronze. Here, the reds and greens emphasise some elements of the form against the blue-and-pink background. But more than depicting shape, the competing colours are emotive. As Moore noted, he used ‘colour for its emotional effect, not its decorative or realistic effect’. [1]

Purchased by Lisa Sainsbury for Robert Sainsbury from the Leicester Galleries in 1941.

Donated to the University of East Anglia in 1973 (Sainsbury Centre). 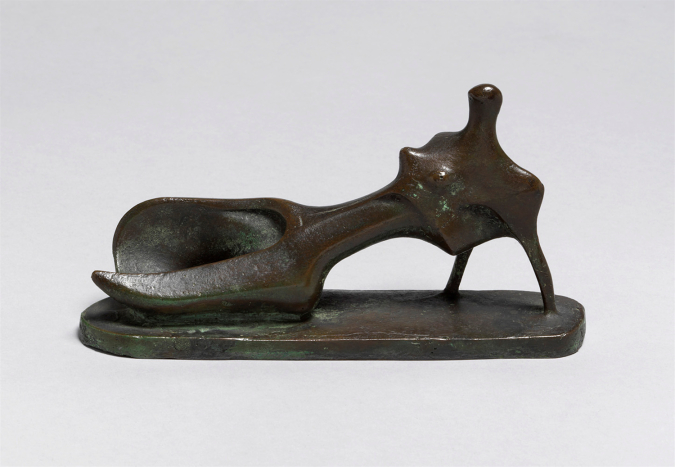 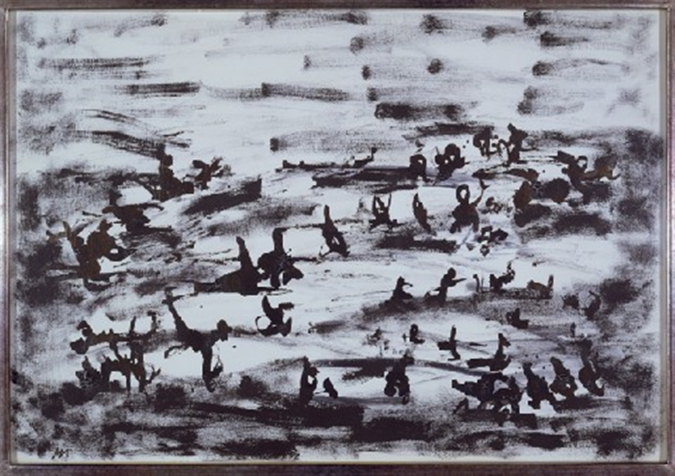