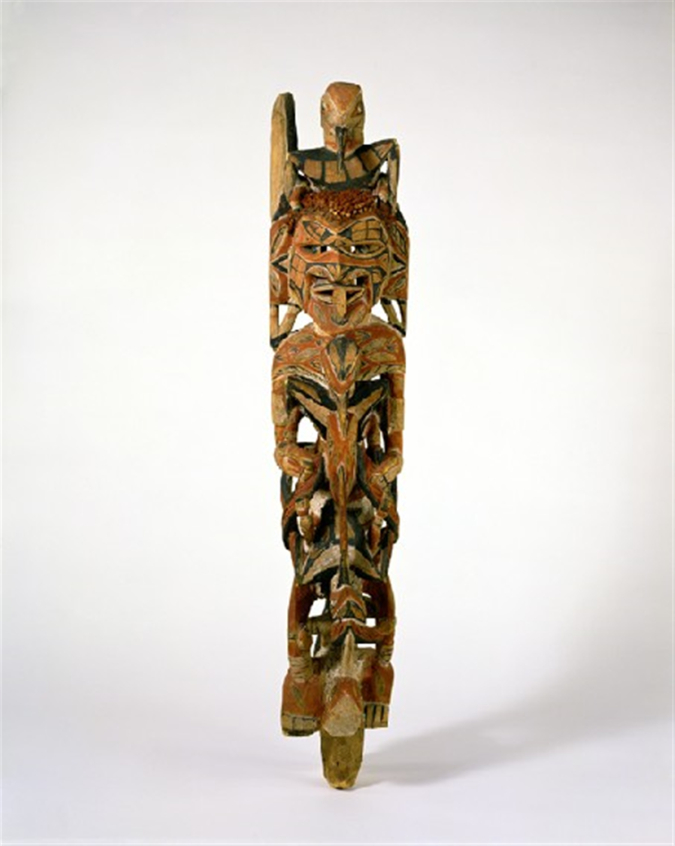 Complex figures of this kind were made to be set up in a special enclosure and put on public display at the climax of malagan (a complex series of ceremonies and the visual art forms associated with them) ceremonies. Once the ‘copyright’ to a particular design had been obtained by the sponsor of a malagan, a specialist was commissioned to complete the work of carving and painting. This was done in a private enclosure, lest women or the uninitiated saw the carvings before their display. The form of the carving followed a verbal description of the design, as previous examples were not available to copy. Sculptural forms were thus subject to a process of continuing reinterpretation, based on memory, the stylistic and other implications of which have been discussed by Kuechler (1987).

Tibor Bodrogi (1987: 21-27) summarises the role of sculptures in malagan mortuary displays. He states that figures can represent particular people who have died, the ancestors generally, or mythical characters. Spirits were present in the images during the ritual display, but afterwards they departed, allowing the images to be discarded or otherwise disposed of.

This example consists of a single standing figure with a bird perched on its head. A second bird (its tail turned up behind) seems to emerge from and enclose the chest of the figure, while a third bird, upside down, emerges from the figure’s waist. The head of a fourth bird rises from between the feet of the figure and grips the head of the third bird, which in turn is connected to the figure’s penis. The two central birds clasp a flying fish in their beaks, and up the back are further fish-like carvings. The figure has a hollowed head and enlarged forefingers. White ankle, wrist, arm and breast ornaments are indicated. The left ear projection is broken, as is something which was once held in the figure’s mouth, possibly a representation of a dance mouthpiece (also missing in the earliest published photograph, in Brown, 1908: 192). 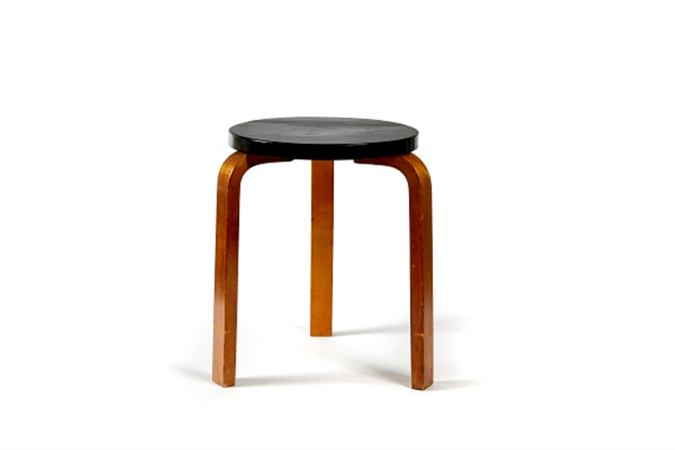 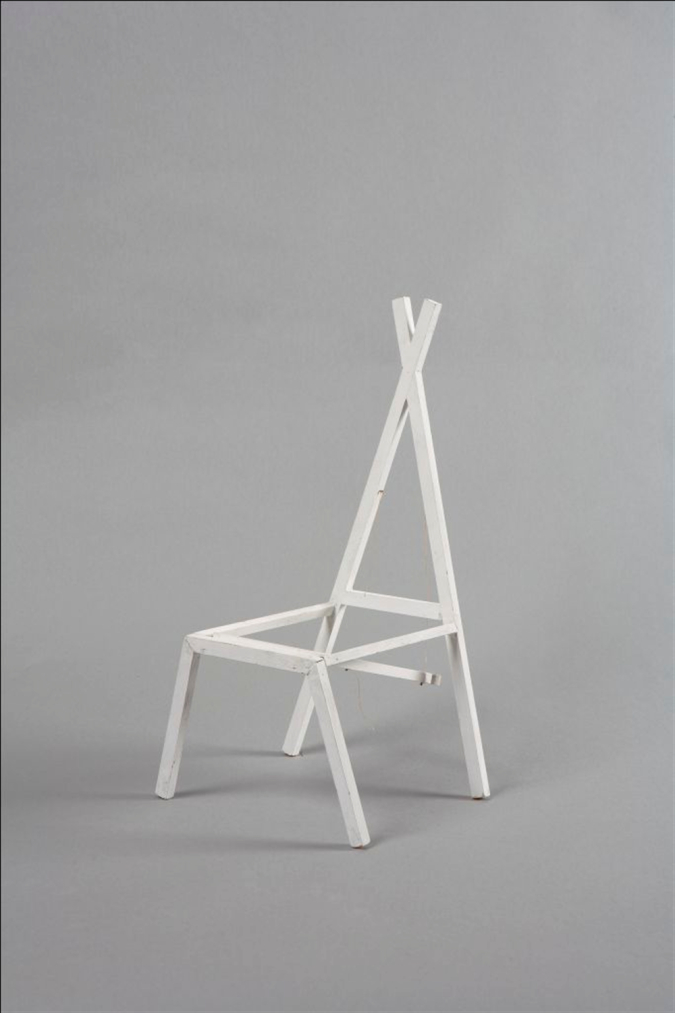 'The Death of Tarelkin', chair 2 from stage set maquette (reconstruction 1970) 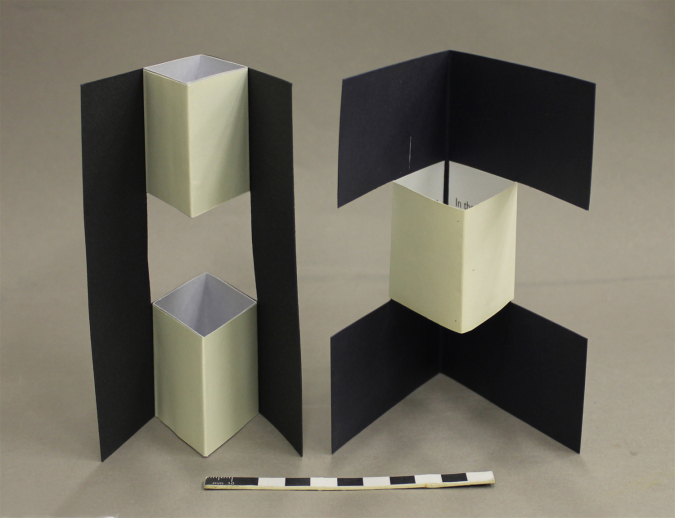 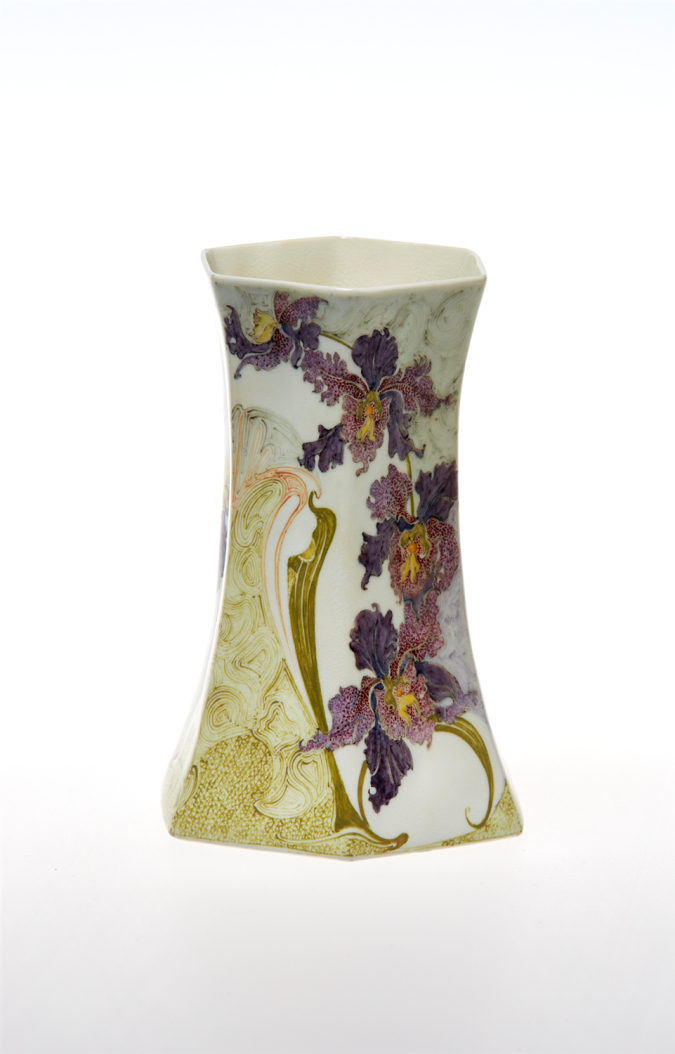