Francis Bacon asked Lisa Sainsbury if she would sit for him and thus began a remarkable series of portraits, of which this painting is the second surviving example. After commissioning the portrait of Robert in 1955 (RLS3), Lisa sat for as many as eight versions between September 1955 and 1957. Three of the surviving portraits are in the Sainsbury Centre Collection (see also RLS4; RLS6). [1] One further painting survived (Lisa Sainsbury [?], c.1955, Private Collection) but the rest were destroyed in the rather ritualistic way Bacon would routinely cull his work during this period. This series of portraits is also significant as it was the first time Bacon chose to depict a woman as the subject of a painting.

This example, Portrait of Lisa, was painted in May 1956, when after years of a nomadic existence, Bacon found refuge with his friends, Paul Danquah and Peter Pollark. He settled in their flat at Overstrand Mansions, overlooking Battersea Park in London. The cramped living/studio room in the flat was recorded by Cecil Beaton in 1960, ‘It was here that Lisa came, recalling that, “it was rather difficult to sit in that room. There was so much on the floor it was jolly difficult to get to the chair without being covered in paint. He dried his hands on the curtain but there were always things on the floor everywhere – tubes of paint, brochures…” [2]

When David Sylvester asked Lisa if Bacon had worked from photographs at all, as he usually did, her answer was emphatic, “Never. They were done from my face.”’ [3] Remarkably, apart from when travelling, Bacon would stay in the spare bedroom of his friend’s apartment until 1960 when he moved to Reece Mews.

Lisa would tend to sit in the mornings, which was Bacon’s preferred working time, and each session would last an hour to an hour and a half, during which the conversation would flow freely. Often Lisa would return only to find the previous work had been destroyed. Bacon preferred that Lisa did not see the paintings during creation but on one occasion she did catch sight of one that she considered the very best, before Bacon admitted “it’s gone”, meaning that it was destroyed and lost forever. [4]

The subject of the painting is shown against a black background like most of his paintings from the period, illustrating Bacon’s artistic debt to the Old Masters that he so admired. The handling of paint is also characteristic. With an economy of strokes Bacon was capable of creating the illusion that the viewer is witnessing the sitter, rather than simply a painted likeness. The focus is the face, neckline and, strikingly, the lips which Bacon has rendered in a rich, dark red. The shape of the body is merely indicated by a series of diagonal brushstrokes that provide a basic armature to define the body in space.

Acquired by Robert and Lisa Sainsbury from the artist in 1956.

Donated to the Sainsbury Centre, University of East Anglia in 1998.

Copyright: © The Estate of Francis Bacon. All rights reserved / DACS 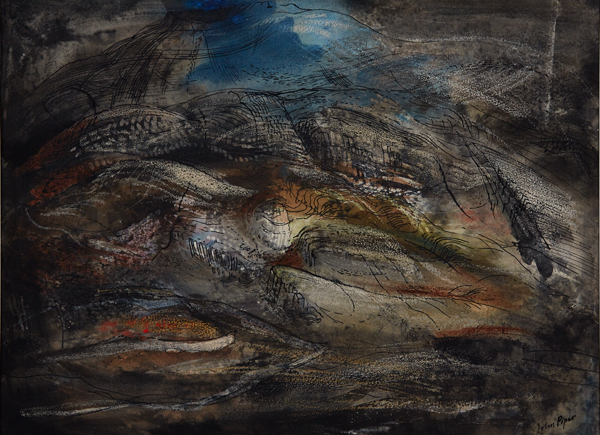 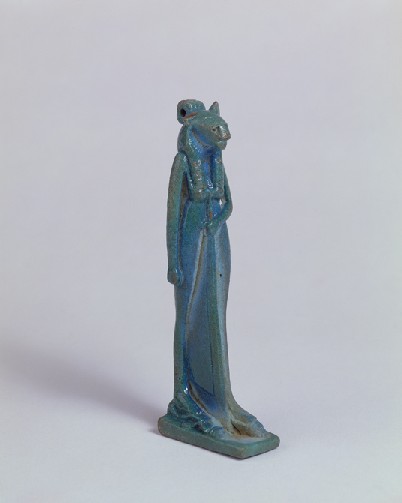 Statuette of a feline goddess 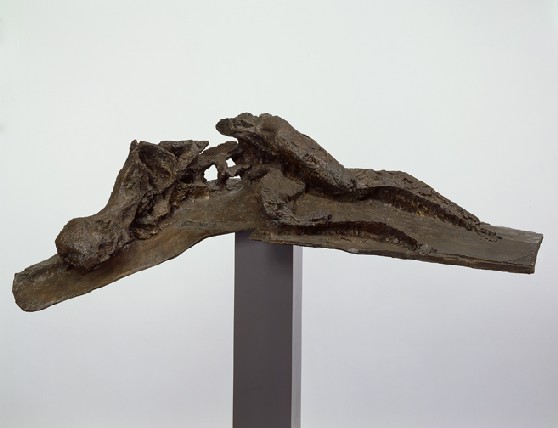